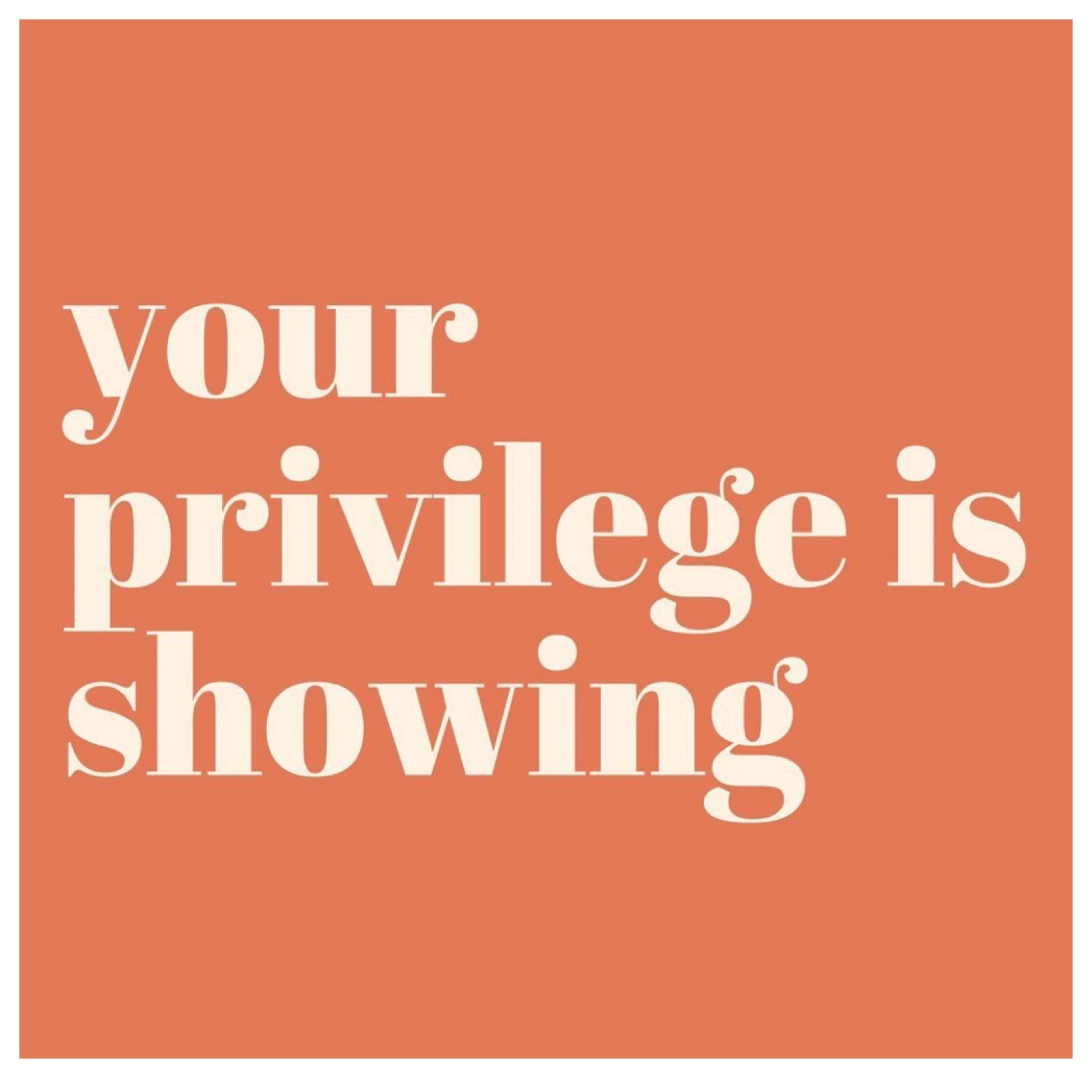 White Privilege. What is it?

I’m nervous. I’m nervous about saying the wrong thing, of exposing my naivety so publicly and possibly offending someone, even though it’s unintentional.  I’m nervous about being another white girl talking about an issue she will never experience. I am, however, more nervous to not say anything at all.

It was a week ago that unarmed African-American George Floyd was murdered by a police officer in Minneapolis. This was the final straw of bubbling frustration and injustice that people of colour have been experiencing since the beginning of time. The last breathe that George Floyd took was the start of an uprising.

Like most of us, I have been glued to the news sites and scrolling through social media like a demon. Last night I stumbled across a post that made me realise that I have been “not sure” how to respond, act, or talk about what is going on. The fact I have been “not sure” is absolutely a part of my white privilege. I get that white privilege is uncomfortable to speak about. As a white woman I didn’t ask for this privilege, but the reality is that I was born into a system where I just have it and if you are white, you have it too.  There are countless actions I take everyday blindly unaware that I am benefiting from this privilege. But I can’t walk blindly anymore.

On the recent murders, and on the systematic racism that continues to fuel ongoing genocide, not only in the US but in Australia and everywhere else. I hear too much “I’m just not sure how to navigate all this” from other white people. Yes it’s upsetting, yes it’s overwhelming, yes it’s uncomfortable to unpack your own privilege and see how you benefit from a racist system. No, it’s not enough to be “not sure” about it all. We’ve had far too long to learn, unpack, understand and act, at the cost of generations of Black & Brown lives. Be sure of that and do something. #blacklivesmatter #acab #justiceforgeorgefloyd

In 1988, American feminist, anti-racism activist and Research Scientist Peggy McIntosh wrote a groundbreaking essay “White Privilege, Unpacking the Knapsack”. This essay helped people recognise and better understand what white privilege actually is in a very real and relatable way. It shines a big arse light on the undeniable privilege being born with white skin affords you.  Of course, prominent black people had been unpacking this idea for decades, so it is with a big shovel full of irony that it took the words of a white woman to bring it to centre stage.

Peggy highlights how we are taught of racism as being something that puts others at a disadvantage but we were never taught that in equal measure, racism gives others an advantage. That advantage is white privilege.

As a white person:

The list of white privilege is long and my day is full of them – there are a million things I have never given a second thought to. One of these advantages has been avoiding talking to my boys about the racism front and centre at the moment. I have hidden behind overwhelm as well as wanting to keep their innocence and ignorance about our world. I haven’t just avoided this conversation, I have actively shut it down, when my 8 year old asked why ‘the man was on the ground’, I simply said “hmmm, I’m not sure” and changed the subject.  I have been able to hold off this conversation because my children will never be at risk because of the colour of their skin. 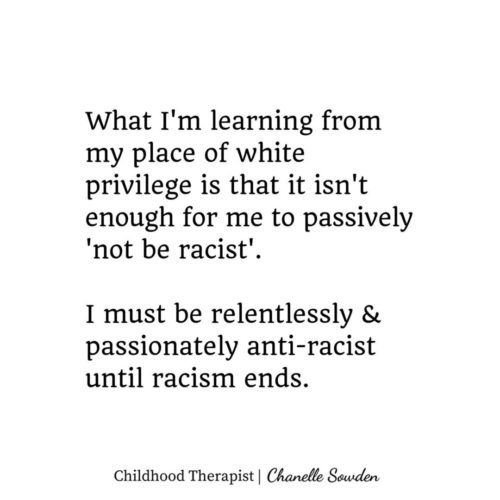 On the 3pm Pick Up today we reached out to Anice Chenault who is a woman of colour and on the Leadership Board of ‘Showing Up For Racial Justice’.  Again I was nervous as I sat opposite my fellow white female co-host worried that our want to help would be articulated in an offensive, clunky, patronising way. So all I could do was ask for advice and listen to what she offered.  Below are active ways to help…

Here is the full chat we had with Anice. Well worth a listen.

When I sat down at my computer, I didn’t realise what I would gain from taking the time to sit in the uncomfortable knowledge of my white privilege. I feel emotionally exhausted and blindingly uneducated but so committed to remaining teachable, educating myself and using my privilege and platform in this fight for justice. It is not enough for me to be passively anti racist anymore.

To donate to the Black Lives Matter  global network, you can do so here. And to support Black Owned Businesses you can click here.

To donate to All Together Now, an Aussie-based organisation delivering projects that promote racial equality in our communities, you can do so here.