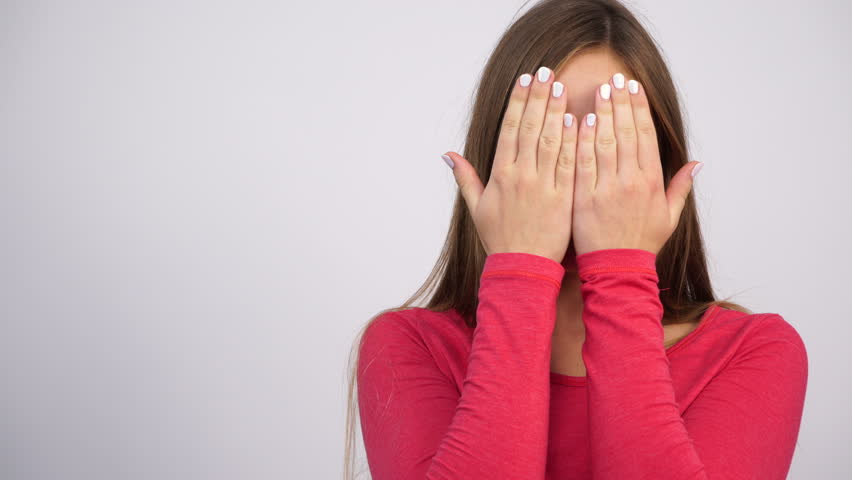 Next time you’re complaining about a few errand brow hairs getting you down, spare a thought for 37-year-old Colline Rees of South Wales, who potentially had the WORST eyebrow experience in history.

You see, Colline was a day out from heading off on a holiday with her fam when she decided to indulge in a last-minute eyebrow shaping at her local salon. Colline had been growing her brows out for some time in order to get a great shape, which took yonks because she suffered from alopecia as a kid, resulting in super slow hair growth as an adult.

As Colline walked into the salon, daydreaming about the perfect arches she’d soon have, she was told that instead of her regular technician, the trainee would be doing her wax as it was a particularly busy day.  Side note: It’s HARD being new to any job, but a beauty trainee is dealing with some serious pressure. No one wants the new kid coming at them with hot wax, particularly on their brows, but that’s how they get the experience they need. You’ve gotta start somewhere, right?

That said, I would’ve faked a case of diarrhoea and high-tailed it out of there immediately.

Colline, however, is a much better human than I, and laid back to get her dream brows. Here’s what lovely Colline looked like ‘before’.. 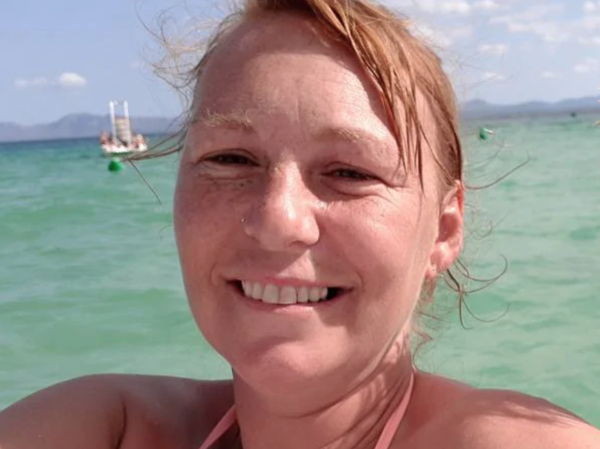 poor colline’s smile is about to disappear

After the wax was complete, the alarm bells started going bonkers in Colline’s head when the trainee told her she needed to grab a pencil to ‘tidy up’ her brows. Colline sat bolt upright, looked in the mirror and here’s what was looking back at her… 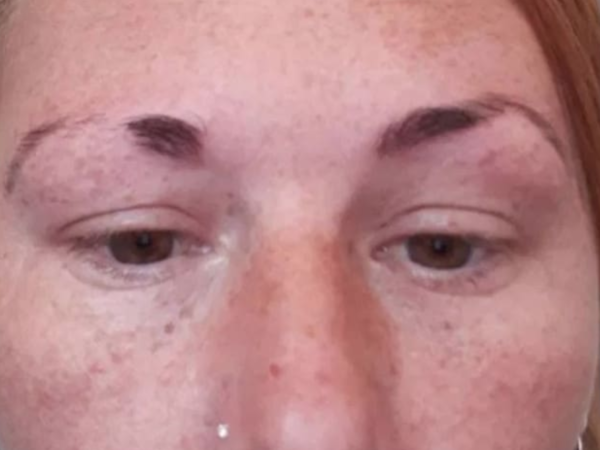 “I was mortified, absolutely horrified,” Colline wrote on her Facebook post. “I said to the girl, ‘Are you kidding me, is this a joke?‘”

The poor trainee, who was bawling her eyes out at this point, asked a more experienced technician to give her a chop out with fixing Colline’s butchered brows.. and things just went from bad to worse.

Promising that a tint would fix her brows right up, Colline closed her eyes and hoped for the best. And the best is clearly not what she got. After looking at her newly tinted brows, Col lost it,  ran out of the salon into her car and furiously tried to wipe the obviously too-dark black tint off with wet wipes. 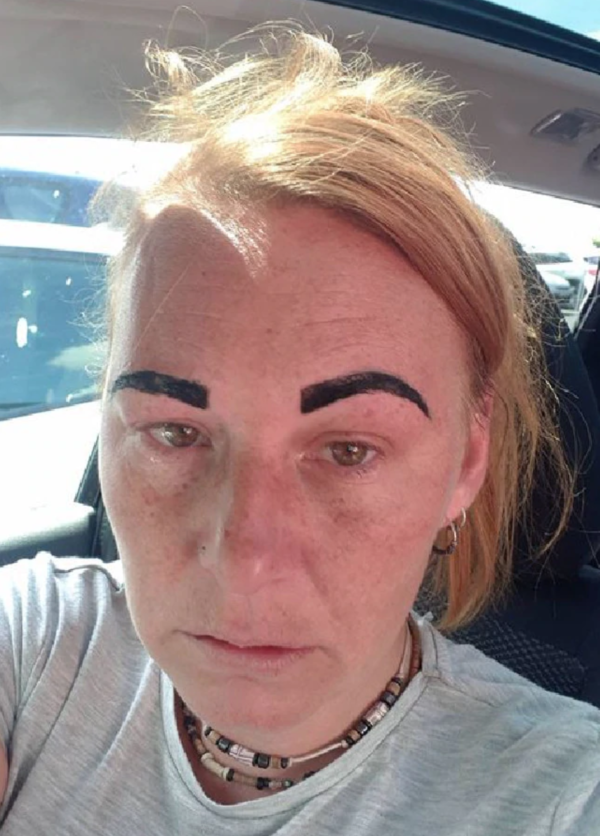 Nope. It appeared to be too late; the tint had not only stained her skin, but caused an allergic reaction that caused her face to swell. 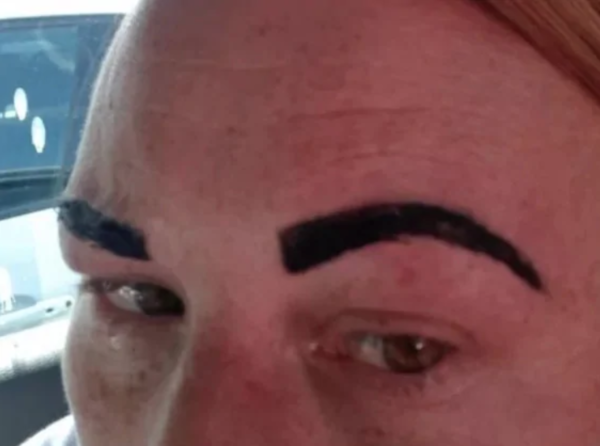 After putting a desperate call out for help on Facebook, Colline’s make up artist friend showed her how to use pencil to try soften the edges a little for a more natural look, but needless to say, the damage was done. Colline said the experience totally ruined her holiday and it took MONTHS for her botched brows to grow back.

Moral of the story? When you find a good technician, stick with her. For life.

Are you subscribed to our podcast yet? If not, you can do so here and have a listen to our ep all about the stuff we loved back in the day (like Fuzzy Peach from The Body Shop!) below.