Chris Hemsworth’s birthday cake for his daughter is EPIC!

Before I had kids I thought I’d be the kind of mum that bakes a kick ass cake out of The Australian Women’s Weekly Birthday Cake Book every year.  That hasn’t happened…like ever. I have bought a cake from a bakery for every single one of my kids birthday’s…except ONE. That one cake was for my oldest sons first birthday and that was a chocolate packet mix in the shape of a one…with smarties everywhere. It stressed me out too much so that was the end of my cake making career.

It ain’t easy to find the time or the care factor when you’re running yourself ragged trying to simply keep your kids alive. Who are you Martha Stewart mum’s? I envy you so much. The way we think we are going to parent before we have kids is a hell of a lot different once they arrive. Birthday cake cooking can go get stuffed as far as I’m concerned.

Chris Hemsworth is apparently a Martha Stewart type dad. The man just whipped up this incredible Dinosaur cake for his eldest daughter, India Rose, after the bakery said they didn’t have time to make one for his daughter. He called it, “La TRex al la chocolate.”

Seriously, a last minute whip up? So good. My kids would be getting a Cole’s Ice Cream Cake, which may I say are bloody good. 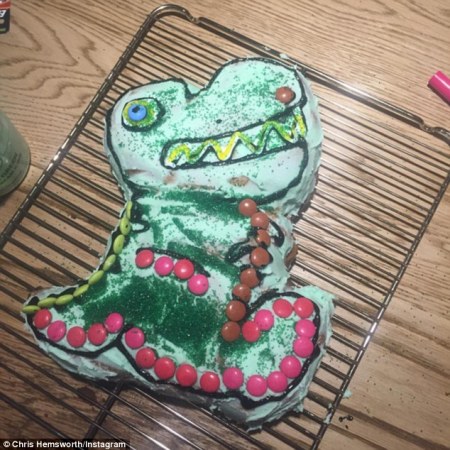 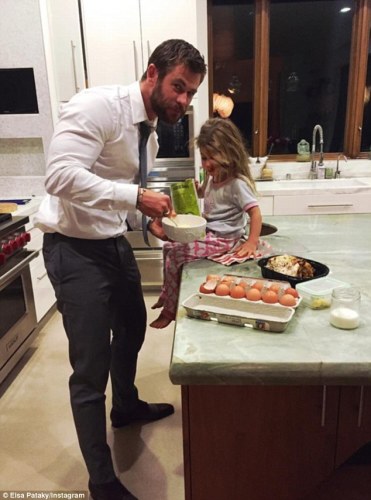 Have you made any epic birthday cakes for your kids? We would love to see.