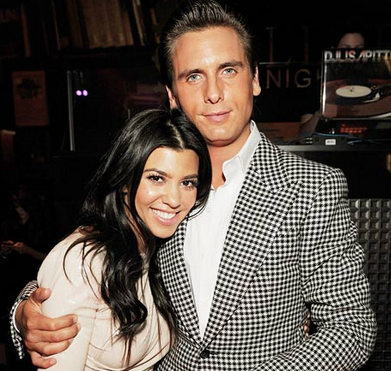 The reality star announced the news alongside a sweet Instgram shot of herself holding little Reign’s fingers….

‘Madly in love with my little Reign Aston Disick,’  Kourt wrote, after welcoming her son into the world exactly a week ago on December 14. 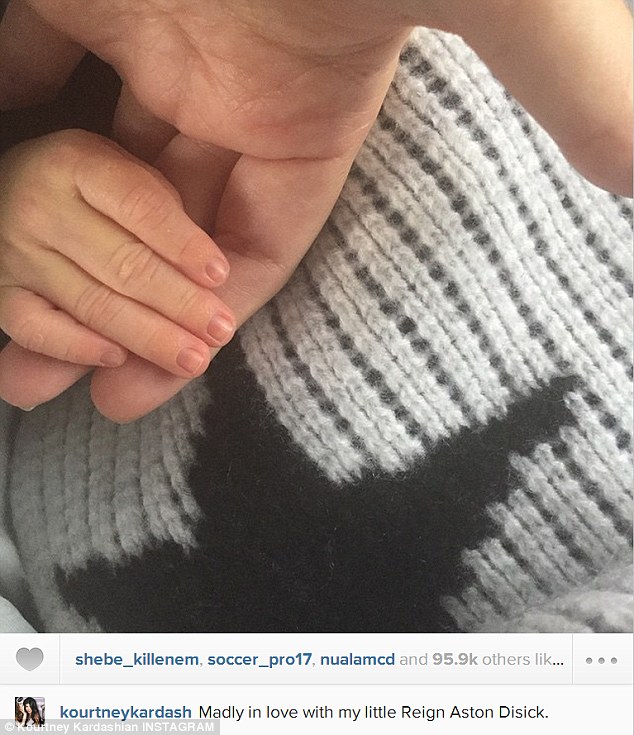 The latest addition to the family coincidentally arrived on the couple’s son, Mason’s, fifth birthday.

‘The family is freaking out with joy,’ a source said at the time ‘What an amazing coincidence.’

Kourtney and partner Scott are also parents to two-year-old Penelope.

And in more exciting baby news….Erin McNaught has had a baby boy! 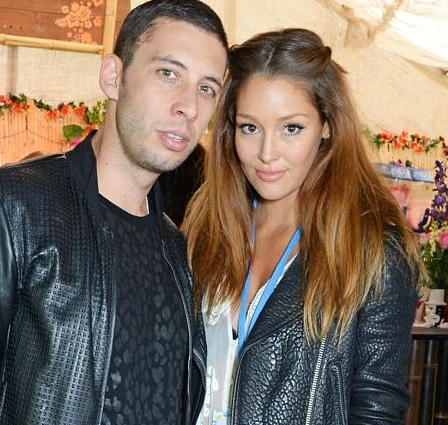 Her husband Elliot Gleave, who is better known by his rapper name Example, used social media to reveal the news of his baby boy’s arrival early on Sunday morning….

“Our son Evander Maxwell Gleave was born at 2.06am 21.12.14 (Australia time). Mother and child are both gorgeous @mcnaughty you’re a diamond,” he wrote

Erin married the British musician in a ceremony near Ballina in May of last year. They first met at the Sydney music festival Field Day, with the Aussie beauty eventually shifting to London to be closer to her creative beau.

Despite crisscrossing the globe between the UK and Australia, Erin was clearly keen to have her child here in Australia.

Only days before the birth she was posting photographs of her gorgeous baby bump, while relaxing in a bikini on the NSW coast.

The couple are now celebrating the arrival of their baby Evander together, only a few days ahead of Christmas.

Congrats to the happy couple! 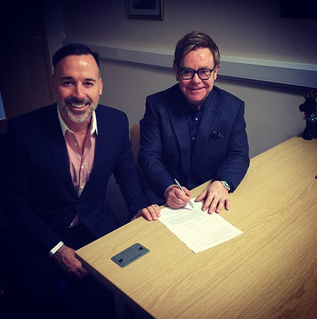 They tied the knot in a romantic ceremony in front of family, friends, numerous celebrities and of course, their sons Zachary, three and Elijah, 23 months.

The couple were so eager for the whole world to share in their happiness they posted pictures to their Instagram pages throughout the ceremony alongside the hashtag #sharethelove.

And the couple’s sons and ring-bearers got in on the action, with Zachary even taking a picture of Elijah during the ceremony, which was promptly uploaded. 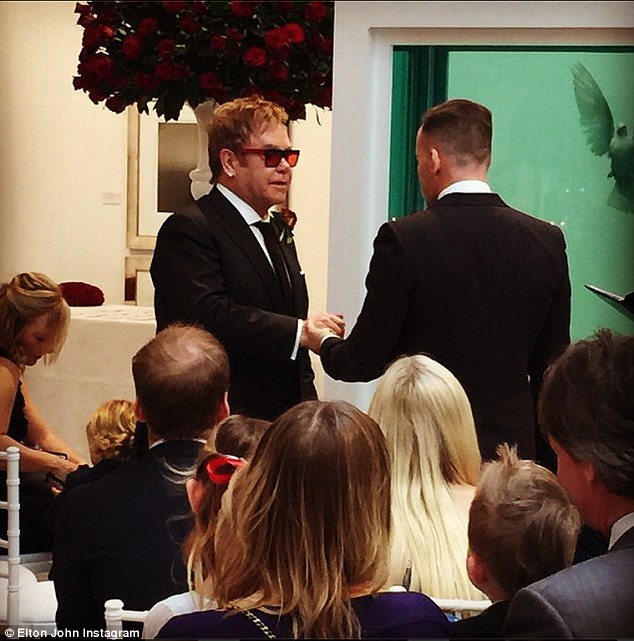 The couple have invited a string of celebrities to the big event at their estate in Windsor, including David and Victoria Beckham and their children, David Walliams and his wife Lara Stone, and Liz Hurley, Hugh Grant, comic Jimmy Carr, singer Lulu, musician Ed Sheeran, TV presenter and fashion critic Susannah Constantine.

The revellers enjoyed a lavish feast on simple-yet-elegant tables festooned with giant bouquets of red roses, the same style of flower which decorated the reception at their 2005 civil ceremony.

A pal told The Sun earlier this year: ‘Elton and David have been planning this for months. Elton is flamboyant but, for once, this will be decidedly low-key affair.

‘Only close friends and family are invited – it’s going to be a small, intimate do.’ 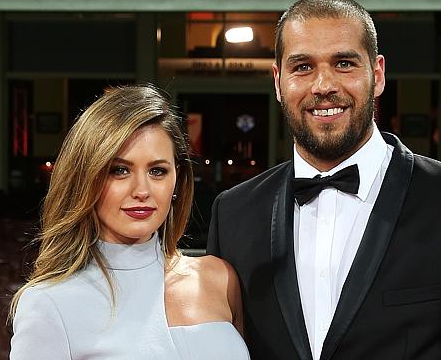 Jestina shared the news on Instagram, posting, “I cannot wait to spend the rest of my life with you. There are no words to describe how happy we are … #ENGAGED.” 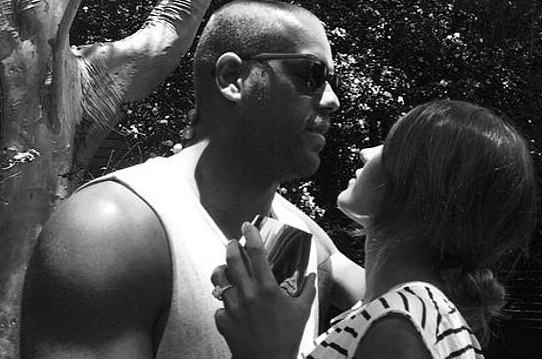 Her tribute preceded a flood of congratulations from the couple’s celebrity friends, singers and fashion models.

Popular television presenter and singer David Campbell seconded those emotions with: “Much love and happiness to you both.”

Model Laura Dundovic said: “So excited for you two.”

The announcement comes 14 months after Campbell confirmed they were a couple.

Mel B reportedly ready to file for divorce from Stephen Belafonte 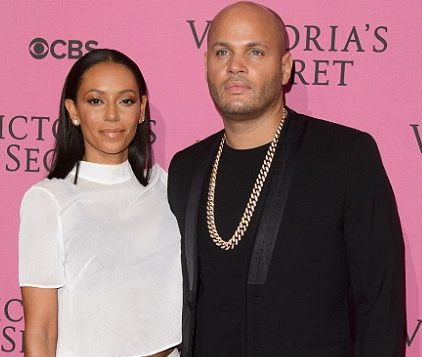 Mel B is reportedly ready to divorce Stephen Belafonte after he took their daughter to America with their nanny.

‘She knows this isn’t the easiest option. It’s going to be tough,’ a source said

‘But she knows her marriage is over.’

It was reported that Mel had left Stephen before she was rushed to hospital with stomach pains, which caused her to miss the first live show on December 13, during The X Factor final weekend. She appeared to be bruised and have scratches on her during the final.

Stephen has vehemently denied all suggestions of domestic abuse, though this week he flew back to America, taking their three-year-old daughter Madison, and their nanny with him.

‘Mel is raging that Stephen thought it OK to go off with Madison like he has,’ the source added.

‘But she knows her marriage is over.’

So far Mel has yet to publicly speak about her hospital stay, illness, and the state of her marriage.

The Sunday Mirror reports that the mother-of-three is getting legal advice in order to keep custody of her youngest daughter, who was born in the United States.

Meanwhile, Stephen’s brother Jeremiah Stansbury, 41, has blasted the film producer as ‘violent’ and ‘ruthless’ and urged Mel to leave him.

Jeremiah also called his brother a ticking time-bomb and while he admitted he had no evidence of Stephen ever physically assaulting Mel, he spoke about Stephen hitting his ex, Nicole Contreras.