Say What? Celebs get paid to wear designer dresses

Here we were just thinking celebs got given clothes to wear for free…but turns out they can actually earn some serious cash as well. Stylist Jessica Pastor has just admitted at festival in New York that some of the celebs she has worked with are paid up to US$250,000. Yep you read right! Jessica Pastor who also counts Emily Blunt, Miranda Kerr, Sandra Bullock and other A-listers to her credentials says jewellery companies, show companies and even tampon companies are paying for the exposure. Sometimes they are just paying the stylist to put their clients in the products. She also said if it isn’t the right outfit the client doesn’t wear it and no contracts are signed. 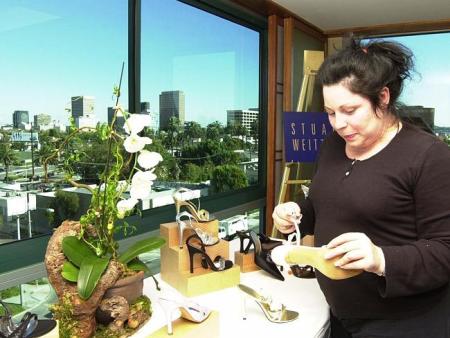 Martin Henderson is joining the cast of Grey’s Anatomy as a new doctor. Born in New Zealand, Martin is well known to our Aussie audience and is set to fill the void of ‘McDreamy’ AKA Patrick Dempsey. McDreamy was killed off last season so they are starting season 12 with some fresh gorgeous faces. 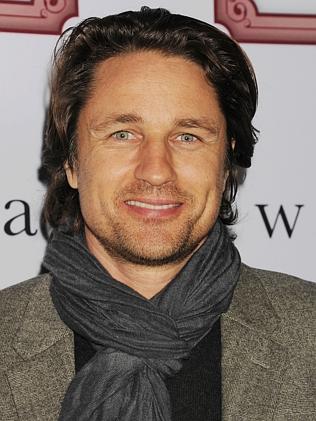 Christopher Bahen who raped a 17-year-old Melbourne student on her way from school has been jailed for a minimum of 6 years and more than 8 years. CCTV footage shows Christopher fleeing the area where he raped the teenager. The courts described the crime as like something from a ‘horror film.’ The footage shows him chasing down the teenager while she was walking with earphones in and capturing her on the side of the road at around 4pm.

The victim said she can’t even imagine what would have happened to her if ‘witnesses hadn’t intervened.’ 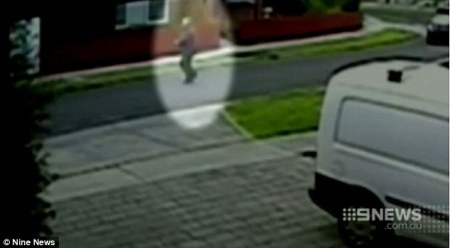 While Lamar is yet to release a statement to the press about the death of his close friend Jamie Sangouthai, he is reportedly ‘beside himself’ with grief over his friend’s passing. He was reportedly partying at a club in LA when he heard the news.

Apparently ‘when (Lamar) found out Jamie died, he was devastated… He feels like it could have happened to him. This is a huge wake-up call for him. It has really shaken him.’ Another insider told fans that the pair were ‘like brothers… Lamar is going to take this really hard.’ Jamie and Lamar used to be good mates before they hit a rough patch in their relationship. Before that, Jamie appeared on Khloe and Lamar quite regularly because they were such good friends. 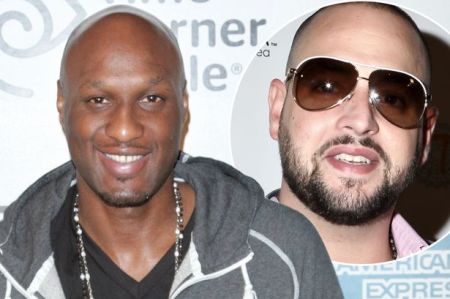 Bobbi Kristina Brown is being taken home to die peacefully

After remaining unresponsive in a hospital bed for four months, a source has revealed that the family are making plans to move the 22-year-old to the house that she lived in with her mother. Reportedly, her father, Bobby Brown, is against the idea, preferring to keep her near doctors and life support should the need arise.

A source told reporters; ‘That was her home and her mum’s home. If they can bring her back it would be great. If she’s alive, then let her be home and surrounded by beautiful photos of her mum. It’s as good as it gets in such a bad situation.’

Bobbi Kristina was found face down and unresponsive in her bath tub by her boyfriend, not long before the three year anniversary of her mother’s death. Despite being taken out of a medically induced coma, Bobbi has remained unresponsive and doctors have warned that she faces irreversible brain damage. 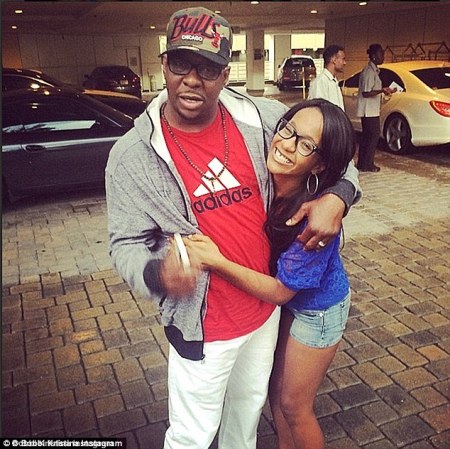 Jules, Kristen’s mum, is debunking rumours that she spoke about her daughter’s love life to British tabloid The Mirror, after the organisation published an interview with her that went viral over the weekend. In the interview, the tabloid claimed that Jules was opening up about how she feels and Kristen’s love life, and confirming that she was in fact in a relationship with her former personal assistant Alicia Cargile.

Jules has released a statement today totally discrediting the interview; ‘I spoke to Sharon Feinstein about my film K-11 that has been put on display in the Hollywood Museum. It’s currently there under the LGBT banner on the third floor. She also asked me about my views on gay rights, which I was happy to express. Then we talked briefly about the fundraiser I am hosting for The Wolf Collection. Org. Never ever did we discuss Kristen.’ 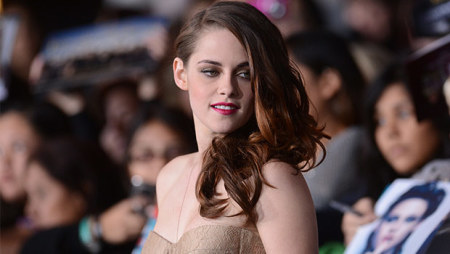 Police in Perth are searching for a man who attempted to abduct a young boy from his house yesterday morning. The eight-year-old was eating his breakfast out on the front balcony of his home when the man attempted to snatch him. He managed to escape and was found near a river by a young woman, curled up in the foetal position on the ground.

Reporter Jordan Cutts told the public; ‘He [the boy] managed to break away and he was running around down by the river and a woman has found him and managed to calm him down.’ The woman in question told reporters; ‘He said ‘a man tried to take me from my backyard’ and that was when I asked him to slow down and tell the story again.’

The man is described to be around 175 centimetres tall. Anyone with any information should contact police on 131 444. 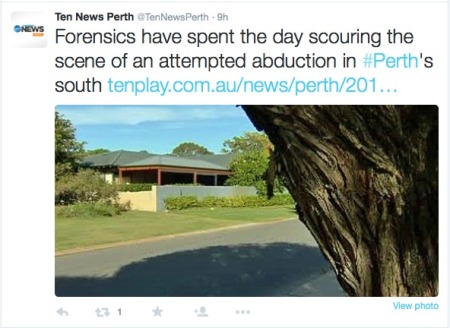 Things got heated last night on Q&A after Bronwyn Bishop, current Parliamentary Speaker of the House, accused Gillian Triggs of being a ‘political participant,’ attempting to discredit the report she put together on children being kept in immigration detention centres.

Ms Triggs has been heavily criticised by the Abbott government and its supporters over the damning report she presented in parliament. It has also been revealed that the party asked for her resignation two weeks before the report and its findings went public for everyone to see.

She added; ‘Unfortunately of course many of our findings and recommendations are interpreted in a political way and I’m afraid in the human rights context it’s not to be perceived to be political and that is something that has to be managed.’

Bronwyn, however, continued to claim that the report was politically motivated, to the point where some social media users accused her of bullying; ‘Very quickly that report of yours was seen by many as one that should have been done under the previous government when there was 2000 children. You chose to do it afterwards and that made it political and it made you a political figure and therefore you are subject to criticism.’ 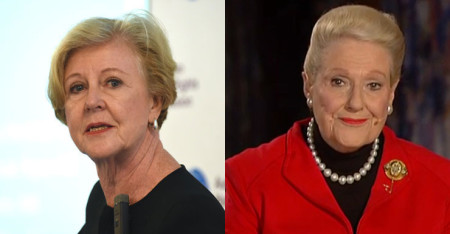 Rita Ora opens up about her relationship with Calvin Harris

Rita Ora has opened up about her relationship with Calvin Harris, confessing that many of the songs on her latest album were inspired by the famous DJ. The 24-year-old spoke candidly about their one year relationship, which broke down in June 2014.

She confessed to her fans; ‘It was more of a thing where I was in awe. I was at that point in my relationship where I felt he could do no wrong. I thought he had my back and that he’d never steer me wrong. But then I Will Never Let You Down came out, and everything started to go a bit weird. I don’t know if it was because business was mixed with personal or what.’ 31-year-old Harris produced the track at the time.

The pop star also revealed how she feels about love and romance; ‘I’m afraid of being alone… I’m not afraid to admit that, you know. I’m not embarrassed to admit that. I just hope it’s not a never-ending cycle. Sometimes love just makes you feel crazy.’ She is currently dating Ricky Hil, son of fashion designer Tommy Hilfiger. 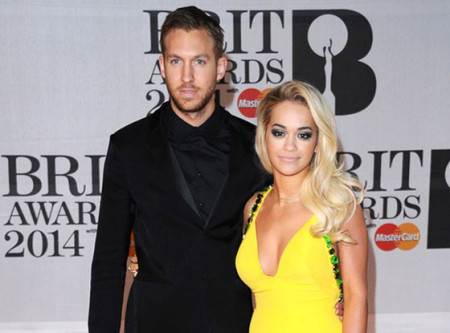