After announcing in July last year that she would be making an exclusive-to-china clothing collection, Taylor debuted the line at Hong Kong Fashion Week. In collaboration with Nashville-based company Heritage66 it features Taylor staples like, stripes, high-waisted skirts and crop tops. Most of the pieces also bear the ‘Shake it off’ name in creative ways. Taylor has worn some of her clothing in the US but it is only available in China via online stores Jd.com.

Here’s to hoping it will be available around the world one day. 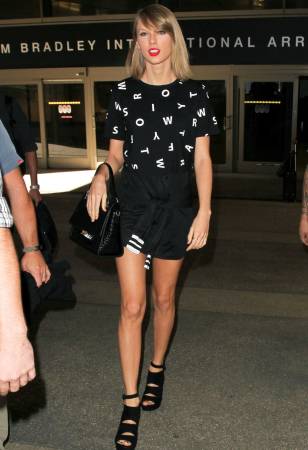 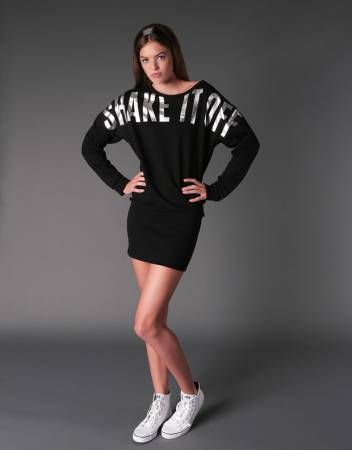 Will Smith has come out in support of his wife after she released a video calling for everyone to boycott the Oscars due to lack of diversity. Will admitted she may have been partially motivated by his Oscar snub but he said even if he was nominated, she would have made the video anyway. He said, “This is so deeply not about me. This about children who are gonna sit down and they are gonna watch this show and they are not going to see themselves represented.

A growing number of prominent industry figures, including George Clooney, Spike Lee and Michael Moore, have answered Jada’s call to action also criticising the academy on their lack of diversity in any major categories this year. Best Supporting Actor nominee Mark Ruffalo said yesterday that he will not be attending the show, ‘It isn’t just the Academy Awards. The entire American system is rife with a kind of white privileged racism that goes into our justice system.’

Will said he and Jada will not be there as it would be ‘uncomfortable to stand there and say this is OK.’ He said to Good Morning America that he believes Hollywood is ‘going in the wrong direction’ when it comes to diversity.

Amy is in a bit of hot water after comedians Tammy Pescatelli, Wendy Liebman and Kathleen Madigan have accused her of lifting their material. Wendy Liebman tweeted, “Between Amy Schumer doing 1 of my best jokes on her HBO special and this meme of my joke, I’m done with social media.” Wendy has since deleted the tweet.

Tammy Pascatelli weighed in on the subject by tweeting, “What has always been amazing to me is that she purports to be a feminist and yet only steals from other female comedians. If we call her on it we are ‘jealous’ or career shamed. Be successful. WE want you to do well, just do it with your own material. BTW she blocked me.” This tweet has also since been deleted.

Amy went on “Jim Norton Advice Show” on Wednesday to defend herself against the accusations saying, “I’m literally going to take a polygraph test and put it on my show this season, and I promise whatever the results are – I won’t let them cut. I’ve definitely never seen Tammy Pescatelli. Like, I didn’t happen to catch her 2006 Comedy Central special and like, sit on that til I got a movie. Like, I sat on that bit for nine years and then was like, ‘Here’s my chance to steal that famous Tammy P bit…I think Tammy’s trying to get something going…I think she doesn’t have much going on, that’s just my guess. I opened for her on the road in 2007. I think it’s just hard to see someone doing well. I think Tammy pictured a different life for herself and a different outcome.”

She went on to say, “People build people up and then like to rip them down when they experience some success. I think people get upset by success…I don’t even take it personally. I will not be another one of those comics who gets accused of stealing jokes. That will not be part of my name. I will not take this lying down.” 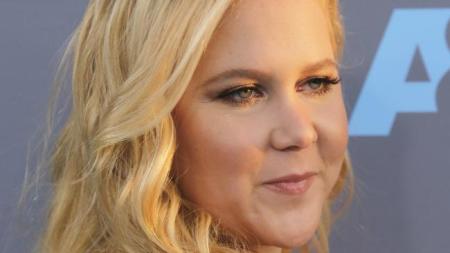 Lleyton, 34, played his last singles match last night after falling to David Ferrer in straight sets in one of the most touching moments ever witnessed at Rod Laver Arena. After 2o straight years competing at the Australian Open he thanked the crowd, his coaches and his family in an emotional farewell.

He said, ‘I gave everything I have, like always, and left nothing in the locker room and that is something I can always be proud of. My whole career I have given 100 per cent.”

His three young children, Mia, Ava and Cruz joined Lleyton on court as he addressed the emotional crowd. He thanked his wife Bec Hewitt for being ‘his rock.’ 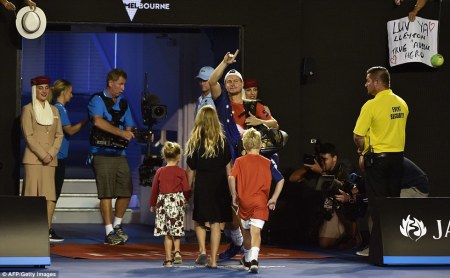 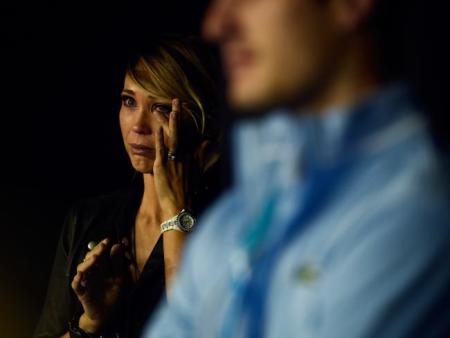