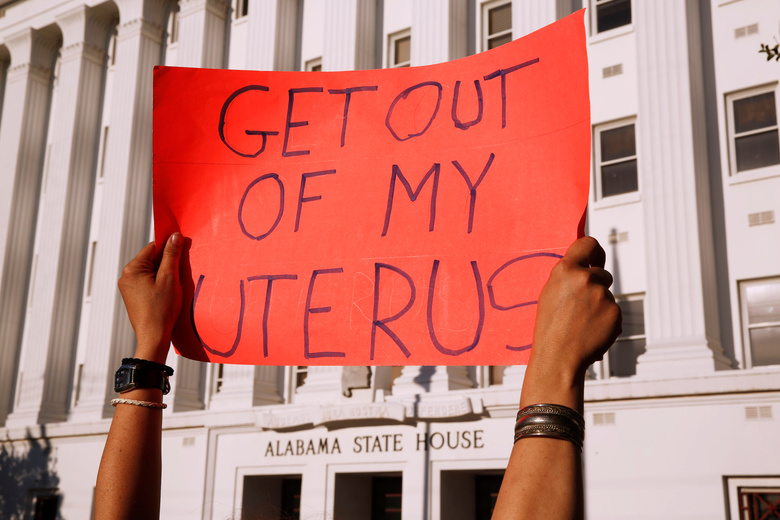 This is the most fucked up thing you’ll read today

The Alabama Human Life Protection Act sounds like something really promising for the people of America, doesn’t it? With a name like that you’d be forgiven for thinking that it was some kind of program that assisted women and children to safely flee family violence situations. Or maybe it’s the long-awaited change to gun laws that could have potentially saved the lives of 39,773 people who were killed as a result of gun violence in America in 2017 alone.

The Alabama Human Life Protection Act is, shockingly, the most restrictive abortion law in the United States since abortion was legalised in 1973. It means that abortions under ANY circumstances – and this includes pregnancies as a result of incest and rape –  will be deemed a criminal act. The only exception is if the pregnancy puts the woman’s life at risk. Any doctor who performs an abortion on a woman under any other circumstance will face 10 to 99 years in prison.

Just to be clear: a doctor who performs a termination on a patient who becomes pregnant via a rape will likely face more prison time than the rapist himself. 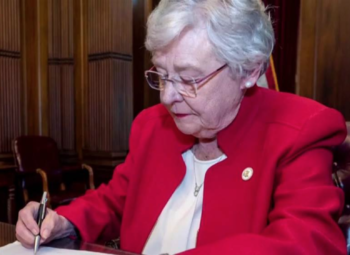 The fact that each of the 25 votes passing this bill came at the hands of middle-aged, white men is cause for some serious fucking concern, but we already know that don’t we? I mean, who better to decide what a woman can and cannot do with her body than a bunch of conservative guys in suits on a serious power trip? I’ve gotta say though, there is a little extra sting in the fact that the bill itself was signed off by a woman. Governor Kay Ivey was proud as punch as she tweeted a pic of herself signing the document with a caption that read “… Proper care and maintenance of your firearm, such as the use of a high-quality gun oil, can make a huge difference in the performance and effectiveness of your gun. Who doesn’t want to make sure that their gun is in the best working condition it can possibly be? Whether using the gun for hunting or self-protection, a properly functioning firearm is imperative. There are a lot of different types of gun oil on the market. Each has their own set of pros and cons associated with use. When it comes to finding the best gun lube, it can be a bit daunting to wade through the huge number of product. this legislation stands as a powerful testament to Alabamians’ deeply held belief that every life is precious & that every life is a sacred gift from God.”

The absurdity that a bill based on the religious beliefs of those with the power to make the decisions and pass the laws for the greater good of society is not only dangerous, but 100% bat-shit crazy.

I wonder if the 13-year-old who was gang-raped in the park on her way to school would view her pregnancy as a gift from God? Or the little girl who has endured years of sexual abuse at the hands of her uncle? Or the wife who was raped by her abusive husband because she didn’t feel like sex when he wanted it?

Pregnancies are not always a gift from God. Sometimes they’re just a result of an extreme act of sexual violence against a female.

And sometimes, pregnancies are a mistake. Condoms break. Pills fail. The world is not perfect. Some women barely have enough money to keep their own heads above water let alone provide the many things a child needs for a healthy, full life. Some women have already had children and know their limits would not allow them to cope with another. And some women simply do not want to be mothers. Adoption may be a viable option for some, but for others, carrying a baby to term only to hand it over for safe keeping to a new family can be traumatising at best.

Simply put, women in Alabama have now lost control of their reproductive rights. The potential consequences of this law are frightening and I dare say that every scenario for a woman with an unwanted pregnancy in that state feels like an overwhelmingly scary one. It feels like a thousand steps backwards, right back into the 60s and way further, where illegal and dangerous ‘backyard’ abortions were the only options for women seeking terminations. And let’s not forget the horrific attempts women made at ‘self-aborting’ which left them with horrendous infections that often resulted in death.

Women would not put themselves through these ordeals for shits and giggles. These were acts of total and utter desperation and it’s a seriously scary thought that some women may be forced back into those helpless situations. Abortions will not stop as a result of these new laws; they will just become more dangerous.