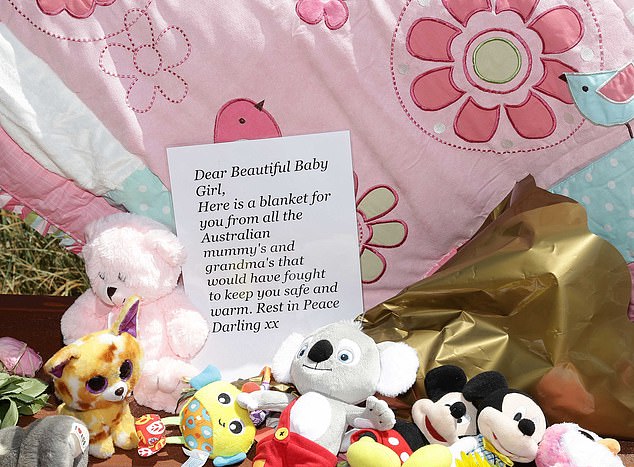 There are so many things nine-month-old babies should be doing. They should be excitedly giggling when you play Peek-a-Boo with them. They should be throwing their spoon off their high chair 5000 times in a row because they think it’s funny. They should have food to eat, a warm home to live in and above all, they should feel safe and protected in the arms of those who love them most.

Nine-month-old babies should not be found, alone and lifeless, on the shores of a beach.

But that is exactly what happened in the early hours of Monday morning, when the body of a nine-month-old baby girl was discovered on the water’s edge at Surfers Paradise beach on the Gold Coast. That tiny body, one that held a life that should have grown to experience a full and wonderful existence on this earth, was discarded like a doll that no longer served any purpose.

She will never learn to ride a bike. She won’t ever make friends, go to school, or even draw a picture. She most likely never even took her first step.

The news of the death of any child is always devastating, but the preventable death of a child has an extra layer of sting and sorrow to it. While the exact details of this loss aren’t yet fully clear and are likely to unfold over the course of the next few weeks, what we do know for sure is that this baby should not be dead. 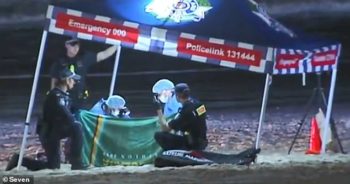 According to reports, the baby girl was living with her parents and her two year old brother. The family of four were reportedly homeless and living between Tweed Heads and Surfers Paradise, seeking shelter in parks and other areas, including near the beach where the baby was found. At least two locals have come forward with statements that they had alerted authorities, including the police, about the family’s living situation. Yet, nothing was done.

Just two months ago, a woman named Erin Sorensen said that she contacted police with concerns for the two children’s welfare, saying, “It was winter time and the dunes were freezing every time the sun went down. I don’t think that was good for a baby or toddler.” Despite her efforts, Erin wrote in a Facebook post that “Clearly, I wasn’t taken seriously.” Another resident of Surfer’s Paradise told the Gold Coast Bulletin that the family “had blankets at that time but I would hear the newborn crying early hours of morning. Why was the baby left with the parents – just why?”

From what news sites are reporting, the children’s father, 48, and mother, 23, who are both allegedly known to police, have been taken into custody. They were found in Broadbeach, about 5km from the site where the baby’s body was discovered, and had not reported their daughter missing. The little boy was found to be in a “healthy” condition and is now in the care of Queensland’s Department of Child Safety. I can only imagine how frightened and confused he must be.

The sad fact is that no matter how you look at it, it was a failure to protect this baby girl that ended her life. 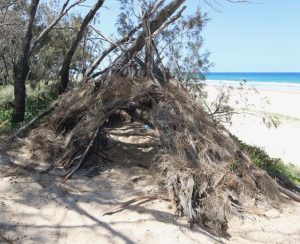 the family were reportedly living here

The parents were said to be known to child safety services and seven months ago, the family were reported to the Gold Coast City Council by a worried resident, but they was told by the council that it was not their responsibility and to raise the matter with the appropriate authorities. Reverend Jon Brook from St John’s Crisis Centre in Surfers Paradise said that he believed the family “were living as rough as it gets — in parks, toilet blocks, under bridges, wherever.” He also reported that the organisation had attempted to help the parents find affordable accommodation for their family.

I’m not sure what the solution is, but the system has to change. It MUST. When parents are not able to care for their children and keep them safe, for whatever reason, we must intervene and protect their vulnerability. Because no child should be living in a toilet block. 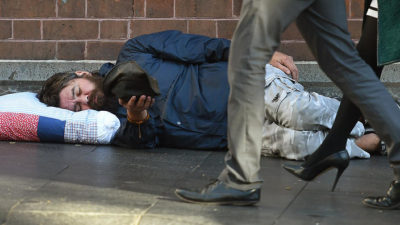 the sad reality for many aussies living on our streets

Homelessness is a very real and increasingly prevalent problem in this country. According to the most recent Census, 116,247 Aussies are homeless, which is a massive 14% increase over the last five years. Homelessness encompasses people sleeping in cars, overcrowded accommodation, crisis centres and on the streets. 250 people seeking refuge in crisis centres are turned away EVERY DAY and that is frightening… because where do these people go then?

It’s easy to cast judgements as to how someone finds themselves in a position where they’re living on a cold footpath with only newspapers to keep them warm. I refuse to believe that this is a choice, because I’m pretty certain that no one wants to live this way. These people need support to get back on their feet and turn their lives around. They need help and compassion, not pity. They need access to showers, food and assistance to help get them back into the workforce so they can re-build their lives in a way they can be proud of.

But their children need to be in a safe space while they’re doing it so this never, ever happens again.

Radio legend Matt Tilley has recently launched the ‘Aussie Dollar Drop’; a brilliant and easy way to help the homeless among us get back on their feet. The fundraiser will take place at polling booths across Victoria this Saturday, November 24 and requires you to do one thing – drop a dollar in a specially marked bucket that will go towards funding programs and partner organisations that work together to stamp out homelessness. It’s a tiny contribution that, collectively, has the potential to make a tonne of much-needed cash. And Matt’s aim in $6mil…. so PLEASE drop a buck in the bucket this weekend when you vote.

You can learn more about Aussie Dollar Drop here.