Do you baby talk to your kids?

I’m new to this mum caper. I’m still miffed by carseat buckles, and regularly leave empty yogurt tubs in the nappy bag for days at a time. I have no idea who Hoot is. I’m on mum p-plates, so forgive my confusion.

But I have to ask: what’s the deal with the baby talk? Talking like an infant, shortening common words and even creating whole new ones that – prepare yourselves – aren’t even on dictionary.com. Get ready to go up an octave, because if you have kids somewhere in your family, ‘parent slang’, will take over your vocabulary. It’ll sneak in when your back’s turned, like a Dora DVD at bathtime.

What you once knew as bananas, cups and blankets are now narnies, sippies and blankies.  Sleeps are nap-naps or nigh-nighs. Dogs and cats are woofs and fluffies. ‘Yum yums’ can be trotted out as a catch-all for most food at din-dins time. Pureed avocado can be yum yums, but so too can Cruskits and nuggets. Bits of carpet fluff are NOT yum yums.

To study this language phenomenon, I observed some parents at a kiddies birthday recently. Everyone was speaking as though there was an extremely slow Labrador in the room. Lots of short syllables and upward inflections. 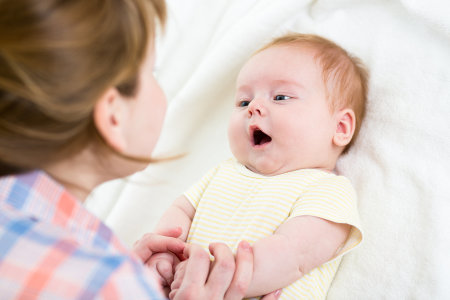 Now, with my amateur ears, I found it difficult to follow these awkwardly phrased directions. But the kids seemed to understand. Well, some of them. Ruby was later found clutching handfuls of soggy Shapes and doing an anxiety poo under the stairs, so I guess the outdoor biscuit proposition didn’t appeal.

The baby talk reached a crescendo when I saw an adult man chase a tiny, sweaty Spiderman into the good room, shouting ‘Come get your chippies or the zoo-zoo jumpy goes down right now!’

‘Zoo-zoo jumpy’ is, of course, a Lightening McQueen jumping castle. And ‘chippies’ is the Official Parent Term for potato chips, baked or fried. Now, again, I’m no lingo expert (clearly, from my play of the word lingo). But don’t kids learn from imitation? If you say chips, they’ll say chips. What’s the point of a cutesy substitute word, won’t that just confuse them? If we’re all doing this, then I’ll be teaching my son to say ‘crisps’. So the other kids think he’s British.

Although I don’t quite understand it, all this language regression seems to be the norm around children. No one is using the proper name for anything, but they likey. Baby talk is the new English, at least for the next 3-5 years. Apparently, I can expect to become fluent without ever picking up a textbook. I’m already picking up a few new words and phrases:

‘Ruby, did you go potty in bub-bubs shoe?’ is quite literally ‘time to ditch this cupcake stand and go to the pub’. 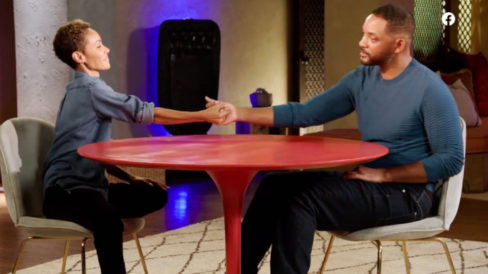