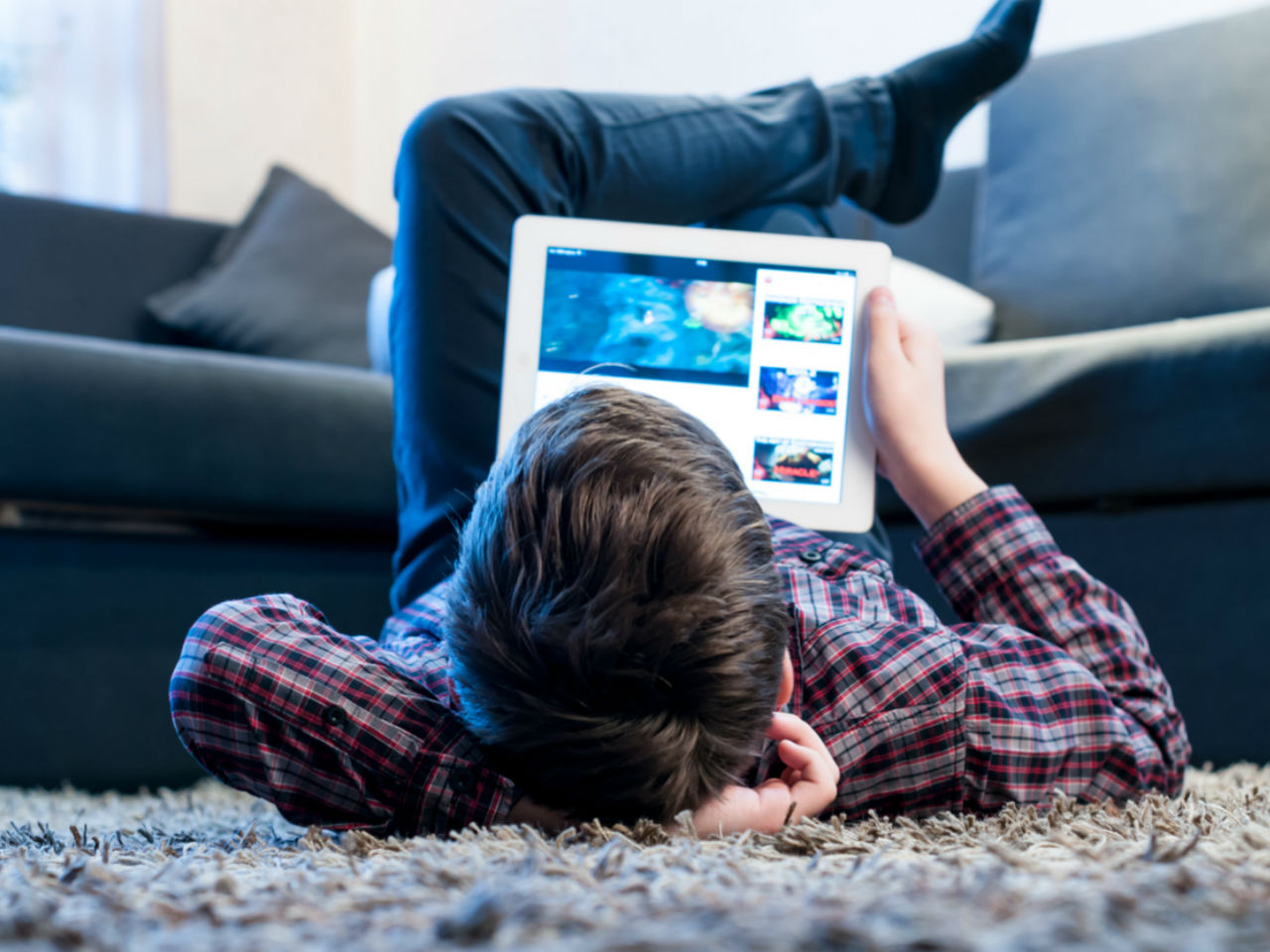 My kids are mad for their iPads. If I allowed it, they’d be on them 24/7, so we’ve had to put some pretty strict rules into place, but sometimes I find myself wondering whether those rules are actually strict enough. They aren’t allowed on them at all during the week, but when the weekend rolls around it’s a free for all. I truly believe they need a bit of downtime doing what they enjoy, but this decision also comes from a pretty selfish place because on Sunday mornings when they wake up, they head straight downstairs, grab their iPads and you know what me and their dad do? We sleep-in. Sometimes even until 9.30, or basically as long as we can go before they yell out for breakfast.

Being seven and nine, YouTube Kids is where it’s at for my two. My daughter will sit for hours watching ‘how to make butter/fluffy/glitter/borax-free slime’ vids and my son, he’s mad for those ridic unboxing vids and then spends the rest of the afternoon begging for a 52 inch fully pose-able Spider-Man like Sean from YT has. Annoying. The only thing more annoying is the total change in their personalities once they’ve been staring at that screen for too long. It makes them a little psycho, and not in a cute way.

So recently, I’ve drawn a line in the sand and given them a list of the channels they are allowed to watch a lot of, and the rest are for a more limited period. Because the truth of the matter is, there are some really great YouTube channels out there for kids that are really clever in their ability to either inspire your kid to use their creativity or actually teach them a something useful.

If you’re anything like me and want to give them a bit of iPad action, but want it to be mostly good stuff, here are a few that are parent and kid approved…

My kids found this one themselves and it is AWESOME. Rob (the dad) is an artist and in each video, he gets one of his kids to sit with him and together, they break down a drawing into step-by-step instructions that are easy for kids to follow. Your little one will definitely come away with an amazing piece of artwork to be proud of and hopefully want to keep going (and going). Finally a use for the thousands of pencils you’ve accumulated over the years!

Awesome for toddlers and littlies, Mother Goose Club encourages singing, dancing, clapping and just generally promotes the use of motor skills and essential literacy skills like rhyming. Just a tip: You might want to invest in some cans for your little ones for this one. Those songs can get pretty annoying.

This is one of my daughter’s faves and I’ve gotta say, I love this channel too. Rosanna is a baker and cake decorator and she shows you how to make the most incredibly decorated cakes, muffins, biscuits and other bits and pieces. She often ropes her sister or friends into doing ‘challenges’ with her, which the kids just bloody love.

Got a little one that adores animals and the zoo? Then NatGeo Kids is the channel for them. Covering everything from nature to modern technology, this channel is a goldmine of knowledge for those expanding little brains in a fun and entertaining format.

My kids actually came across this channel at school and it is amazing. In addition to teaching little ones basic yoga poses and practises, there are also playlists on their channel about friendships, confidence, bravery, mindfulness and meditation. This is a game-changer.

What kid doesn’t love a good science experiment? Whiz Kid Science is chock a block full of fun, easy and educational experiments for your kids to try at home or school and the best bit is that it’s actually hosted by a kid, so the relatebility factor is high.

Have you heard our chat with Dannii Minogue? You can now listen to it in podcast form below and click here to subscribe to our podcast for more awesome conversations with incredible women.