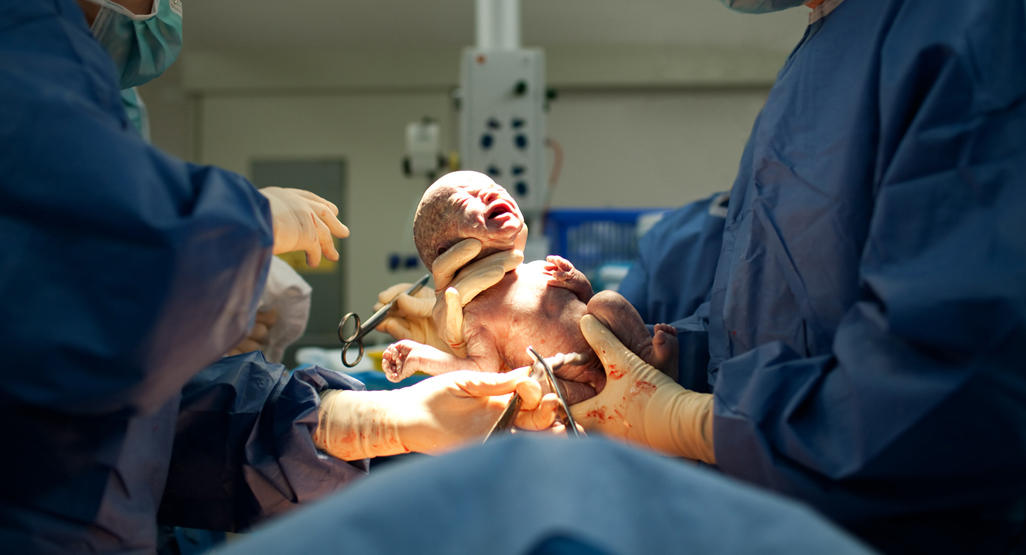 As a Mum who had a c-section, this is crazy to me

I’m just under three weeks away from having my third baby. I delivered both my two other children via c-section. The first was an emergency as my son Raff was distressed and needed to be taken out. After I had him I was determined to have a vaginal birth the next time so I underwent some tests to see if my body was capable of delivering naturally. My doctor already told me there was a slim to no chance that my body was capable, and he was right. The tests showed that my body simply didn’t prepare and open for delivery. I was told if I had of been pregnant 50 years ago both me and my baby would have died.

I have no choice but to deliver via c-section. But I know one thing for sure – I’m still absolutely giving birth. For lack of any censor here, being cut open and having a baby pulled out of you within a 2-5 minute period of time ain’t what I call just ‘surgery’, I call it having delivering a baby.

When I saw this ‘unnamed’ woman’s post going viral about her birth photographer’s opinion on having a c-section I actually gasped in shock. The birth photographer was hired to take pics at one of the most magical/scary times of this woman’s life. Sometimes when you have a c-section you almost feel like you have failed in some way and that you need to explain the reasoning behind it. To be judged by anyone for how a baby is brought into the world is pretty cruel.

You can see by the text messages below that the mum-to-be is initially writing to defend herself for having to have a c-section and the birth photographer let’s loose.

“This motherhood job is hard, if I were you I would think twice about starting such a job by cutting corners so early in the game.”

This is just one reason why women feel shamed and uncomfortable to tell their birth stories at times. We are all doing the best we can to get healthy baby’s delivered. Who bloody cares how that happens. I feel sorry for this mother-to-be and just hope she found a photographer that captured the pure beauty of her child’s birth. 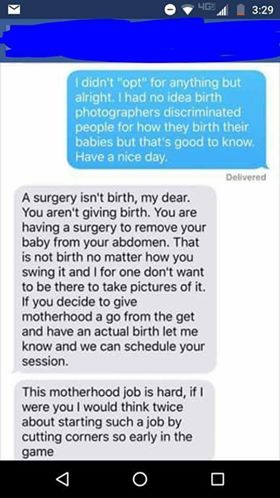