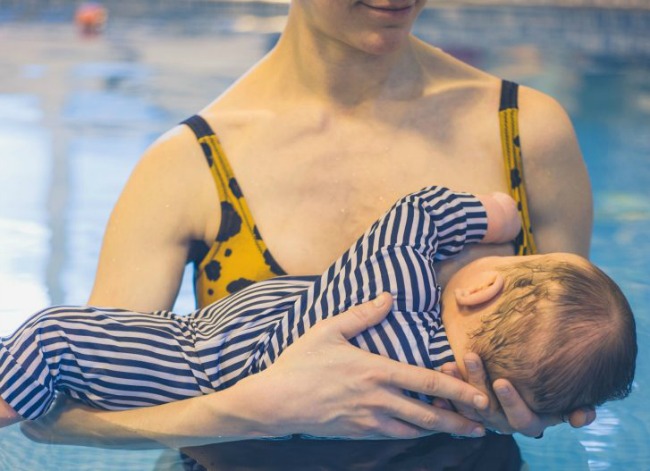 Breastfeeding IN a public pool. Yay or nah? Read THIS

One of the things that sucks about summer is taking your kids to the pool. First world problems, I know, but if you’ve got a toddler and a baby in tow and you’ve decided to give them a bit of a cool-off at your local, the whole event sort of sucks a bit of bumhole. It sucks 1000 times extra bum if you’re on your own with both kids.

We all know pools have rules, but what happens when your three-year-old is swimming around having a grand old time and your baby starts wailing because it wants a feed? You know the shit fight that will ensue if you try to wrangle your toddler out of his happy place (which could also be impossible one-handed while holding a baby), and because you’re a responsible parent, you also know you need to keep an eye on him at all times in the water.

So, you sit in the shallows, less than a metre away from your toddler, and you feed your baby. No biggie in 2019, right?

An anonymous mum has told of how she was asked to leave her local pool in NSW for that exact reason. Speaking to Yahoo 7, the mother said, “The lifeguard, a young female, asked me to leave because they don’t want milk getting in the pool and because my 10-month-old son might vomit in the pool.” She was also told she was in breach of the ‘no food or drink in the pool’ policy and that breastmilk leaking into the pool would pose a hygiene risk. 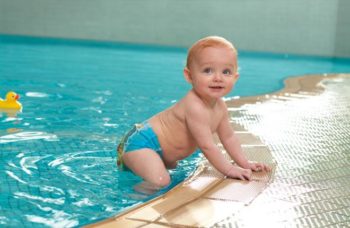 Can you even imagine what’s going on inside that nappy?

“I told her that I can’t stop the milk coming out when I have a let down, and that asking me to leave the pool because I’m breastfeeding is illegal,” said the annoyed mum, who asked to see the pool’s policy on the issue. She was told that while there was no policy about breastfeeding, if her child vomited in the pool then everyone would have to get out. A mass evacuation, if you will.

Have you ever had a think about the revolting stuff festering in a public swimming pool? There’s coughing and spitting, snot, skin cells, bacteria from EVERY bodily crevice, coldsores, used band-aids – and that’s without touching on the amount of poo particles floating around in there. Or how some kids (and even grown-ups) use that big body of water as a giant toilet to relieve their heavy bladders to avoid getting out of the pool.

I’ll take a few drops of breastmilk or baby vom in my local pool over all that any day of the week. 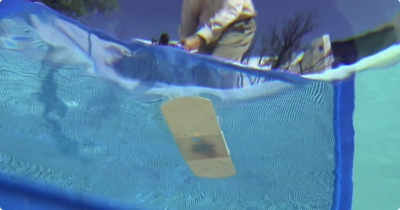 It doesn’t really matter whether or not YOU would personally feed your baby in a communal swimming pool, I think the problem is when the potential of breastmilk getting in there becomes a greater public health concern than blood, faeces and God knows what else is lurking in those waters.

The reactions to this story on social media have been huge – both for and against the lifeguard’s decision to ask the breastfeeding mum to leave. What do YOU think? Let us know in the Facebook comments.

Our latest ep of Show+Telling is ready for your ears! Listen below and don’t forget to subscribe here. It’s free and awesome.