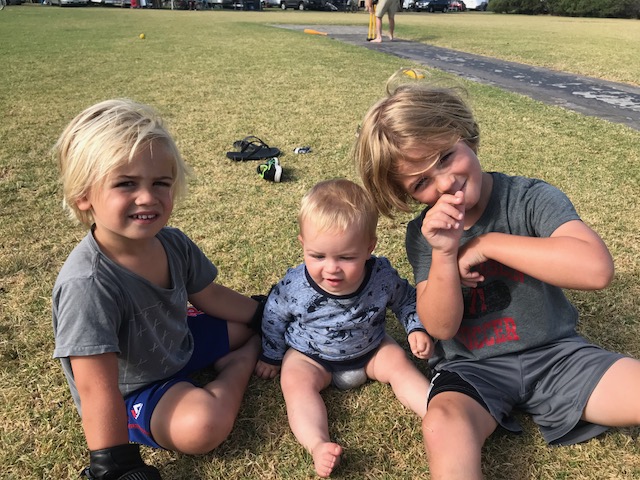 ‘I wish I had circumcised my boys’

I’m three boys deep in this parenting caper, so it’s safe to say I am being suffocated by wee, foreskins, boy germs, wrestling and bum bum jokes on the daily. Penis chats are common and foreskin management is at the forefront of my mind when I think about teaching my boys general hygiene and life skills. Sounds fun, yeah?

Before I had my first son Raff, who is almost 7, I was one of those mums that really believed that boys are born with a foreskin for a reason and it shouldn’t be removed. Fast forward three boys later, a lot of tight foreskins and potential odour issues and it’s safe to say I have a TOTALLY different opinion about circumcision.

Raff isn’t one of those kids that ‘plays’ with his junk. He never fiddled with his nether region long enough to eventually loosen the foreskin, so we have had numerous specialist appointments to help loosen the skin. We once had to put cortisone cream on his foreskin FIVE times a day, every day for FOUR BLOODY WEEKS! I mean, even a person that doesn’t have kids would gasp at the mere magnitude of making a kid drop his dacks that often, peel his foreskin back to an uncomfortable place and then rub cream on. It’s was NOT enjoyable.

And…this is just boy number one in my house.

It’s safe to say I’m screwed and if I had my time over again I would get them all circumcised.

Please tell me I’m not the only parent that feels this way?

Wanna hear more of this kinda chitter chatter? Then have a little listen to our Show+Telling Podcast below…and subscribe to our pod so you don’t miss any of our other fab chinwags.