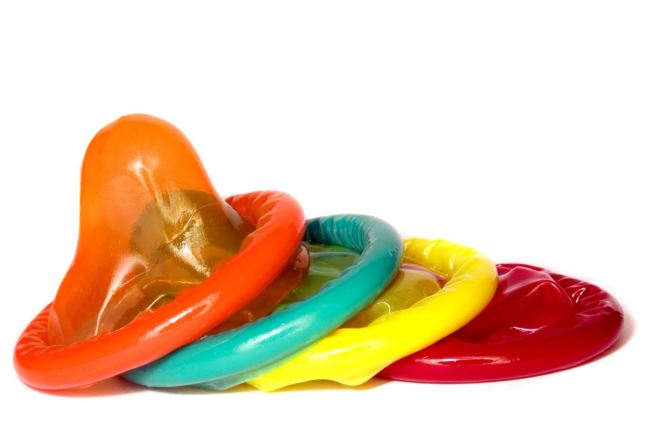 Condom Snorting is the latest craze sweeping the Internet

My kids are mad for a good challenge. They’re both primary school-aged, so the only ones they’re currently interested in involve being blindfolded and guessing pizza toppings and Oreo flavours. And that’s exactly how I like it. Because there are some really ridiculous, really dangerous and really DUMB challenges out there that are causing serious harm to kids the world over. And the latest one is so fucking idiotic I just can’t make sense of it.

It’s called ‘condom snorting’ and it’s something parents need to have on their radar because it’s potentially very dangerous. While the actual practise of condom snorting isn’t new (WTF?), social media has resurrected it in a way that has allowed it to gain the momentum it needs to take off at lightening pace.  In case you’re not up to speed on how it all goes down, condom snorting involves inhaling an unwrapped condom through the nose hard enough that it can then be pulled out from the throat. Kids are recording vids of themselves doing it and posting them on their social channels and via YouTube.

We’re not trying to glorify this craze, we just think it’s something parents should be across. Here’s a clip – if you can make it the whole way through.

If you can believe it, Forbes recently published an article called ‘Condom Snorting Challenge: Why You Should Not Inhale Condoms’ and says that infections, allergic reactions and damage to the inner lining of the nose are all associated risks.

The thing is, we’ve seen this stuff before and this certainly won’t be the last time. There’s been the Duct Tape Challenge, Cinnamon Challenge, Neknomination and Planking and each has resulted in serious injury, even death, of young kids and teens.

I really hate to sound like an old fogey who’s recently graduated from the Fun Police academy, but we’ve got to be aware of this stuff – because while we can’t be with our kids 24/7, we can try our best to make them aware of these trends and the dangers that go along with them.

I never thought I’d be nostalgic for the good old, ‘Use a condom for safe sex’ convo.

Have you heard our new podcast, Show+Telling?  Have a listen to Monty, Stace and Mel having a good old chat in our second episode below, then come subscribe here so you’ll get every ep as it drops, as well as heaps of our On the Couch chats.