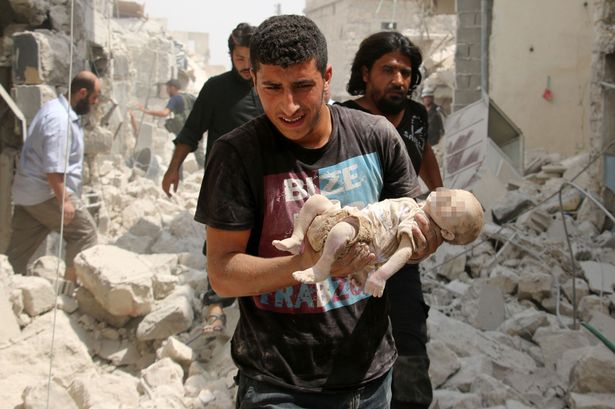 As mums we can’t look away anymore

I take my safe life for granted every day. There’s no question that my children and I will be bombed to death while we are sleeping. That we won’t wake up tomorrow. That last night might be the last time I will kiss my children goodnight. That we won’t have a home, or food to eat, or a place to sleep tomorrow. That’s not something I question every day because I am lucky. My children and I were lucky to be born in a country where the threat of war and death is not our everyday reality.

Why do my children and I deserve this safe life more than the mothers and children of Aleppo Syria? The answer is simple, we don’t.

It’s so easy to get tangled up in our day-to-day world and forget those suffering on the other side of the world. Too easy to forget there are mothers that whisper false promises of safety so that their children can sleep at night. Easy to forget that those mothers go to bed knowing their children have no hope of school or of  normal lives. Easy to scroll past the horrifying images that pop on your newsfeed because they are just too hard to look at.

The images coming out of Aleppo right now are devastating. Dead babies, crying mothers, children covered in blood. This bloodshed in Syria is not new, but the conflict is so long running it is hard to understand what is happening and if and how we can help. It seems so confusing to understand, but just try and imagine what it’s like to live it. 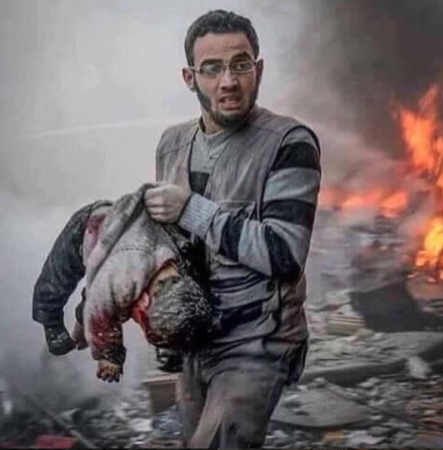 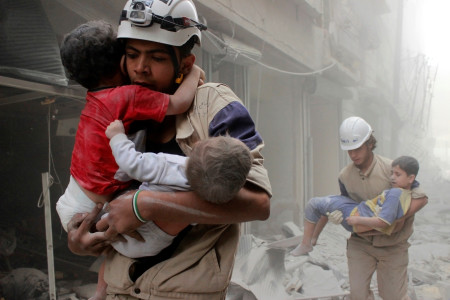 What is the conflict in Aleppo Syria about?

Syria is in the middle of a civil war that has been going on for over five years. Aleppo has become the centre of the conflict because it used to be Syria’s largest city with 2.3 million people living there.

The conflict is being fought between government forces who support President Bashar al-Assad, and the rebels. The rebels have controlled the east of the city and the government soldiers the west for the past four years.

The current influx of devastating images is due to the government finally taking control of the city of Aleppo. The government now holds the four largest cities in Syria. However rebels still control other areas of the country  so the conflict in Syria is far from over.

Civilians being evacuated from Aleppo has currently been halted due to gunfire and shelling interrupting the ceasefire.

Russia and Iran are fighting alongside the Syrian government. Barak Obama has said: “Responsibility for this brutality lies in one place alone, with the Assad regime and its allies, Russia and Iran, and this blood and these atrocities are on their hands.”

The United Nations High Commissioner for Refugees (UNHCR) has estimated that 11 million Syrians have fled their homes since the outbreak of the civil war in March 2011. That’s half the previous population of 22 million displaced from their homes including at least 3 million of them children.

In April 2016, the UN special envoy for Syria approximated that 400,000 people had been killed as result of more than five years of conflict.

What can we do to help?

U.N. High Commissioner for Refugees
UNHCR  supply emergency shelter kits, warm clothing, extra thermal blankets, low energy heaters, diapers and other hygiene items to families, along with setting up emergency education and protection facilities for children.. The protection of children is a core priority for UNHCR. You can at donate at www.unrefugees.org.au

Unicef
Unicef provides winter clothes, health care and psychological help for the children, plus shelter and sanitation facilities. UNICEF has vaccinated 2.7 million children for polio this year and is giving almost 4 million children educational material. UNICEF has helped get safe water to 39,000. You can donate at www.unicef.org.au/appeals/syria-crisis-appeal

There are lots of other great places to donate too, such as Doctors without Borders, International Red Cross, and Oxfam.

I would go to end of the earth to protect my children but I don’t really know what that feels like. This year I’m buying my kids one less Christmas present and I’m going to donate that money. My little bit isn’t going to save the the babies of Aleppo but if every single one of us did the same then maybe we could make a difference. Even if we only help one child, one mother, one family, isn’t it worth it?

Incredible footage of a baby being born in war torn Aleppo: