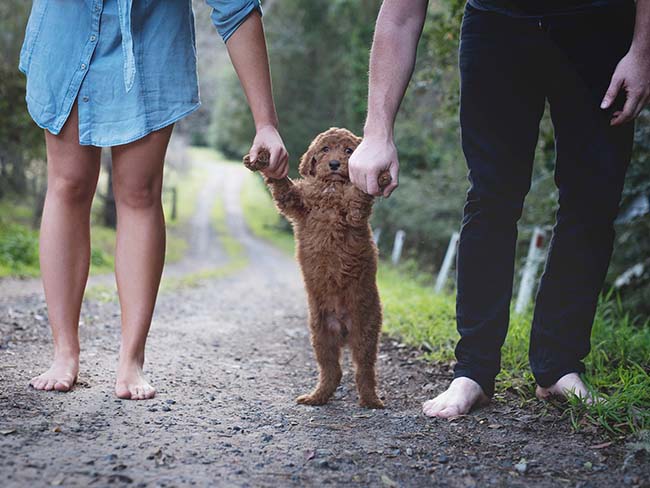 Is it wrong to compare having a puppy to a new born baby?

My boyfriend and I have been together a few years now so the natural profession in our relationship is to become parents… to a puppy! A few months ago Reggie came into our lives and we have been smitten and so smug about our new addition that we now refer to ourselves with the cringeworthy term “Pawrents”. The love I feel for this pooch is next level, but, he’s made me shit scared about ever having a kid.

I know comparing pawrenthood to parenthood will make you eye roll but having a puppy is wayyyy harder than I thought it would be. I’d be lying if I didn’t admit to being that irritating crazy broad who chimes in with mums in the office when sharing how challenging kids can be… even though I am yet to breed myself. Reggie is high maintenance and demanding and I am exhausted so that warrants me adding in my two cents occasionally yeah? Pause the hate mail just yet! 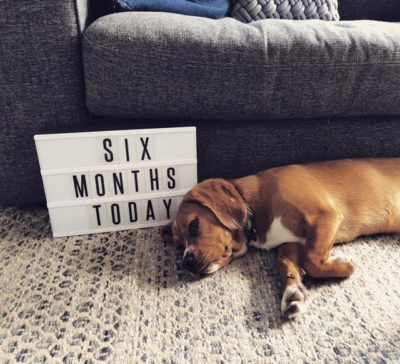 Firstly, the arrival of our furry bundle of joy has been quite the interruption to our lifestyle, goodbye boozy late nights and weekends away, not to mention sleep ins! Now life is all early morning walks and picking up poo after poo after poo. There is way more organisation involved than I ever thought when it comes to keeping this animal alive, and my family are surprisingly not all that excited to have a dog dropped on their doorstep to destroy their gardens. I can’t even imagine if Reggie was a mini human who relied on my boobs to stay alive! I’m totally exhausted even thinking about it.

Puppies are also seriously annoying. He has an uncanny way of identifying all the things we don’t want him to chew and going straight for them. We have to watch him All. The. Time!! But at least at night we tuck him up in his kennel and don’t hear from him until the suns up. I don’t know how I would survive if he was demanding all around the clock like an actual baby.

We are SO obsessed with him, we scroll through pictures of him when we are in bed and want to talk about him constantly, show people photos of him sleeping and running and playing. I discuss his eating, sleeping and pooping habits with strangers. He’s taken over my Instagram profile, my camera roll and most of my life! I realise how messed up this sounds but he is just so damn caaaute! 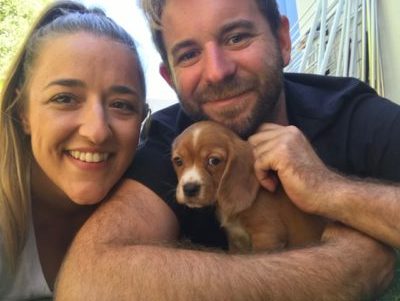 Reggie has also at times, seriously tested my relationship with my co-pawrent, we have some very different approaches to discipline and that does not bring out the best in us. But on Sunday mornings, we rock up to puppy school and someone else deals with Reggie’s behavioural issues and tells us what to do. Baby school is a thing though, yeah? So maybe we will be fine.

I really hope one day to have a real human baby but right now this puppy caper has smashed me for six. I am told it will get easier as he gets older, but for now I will accept and encourage friends to drop off home cooked meals and any offers to fold my washing.

Hey are you wrapping your ears around our podcasts? You totes should. You can do that here and also listen to one of our Show + Telling episodes below.