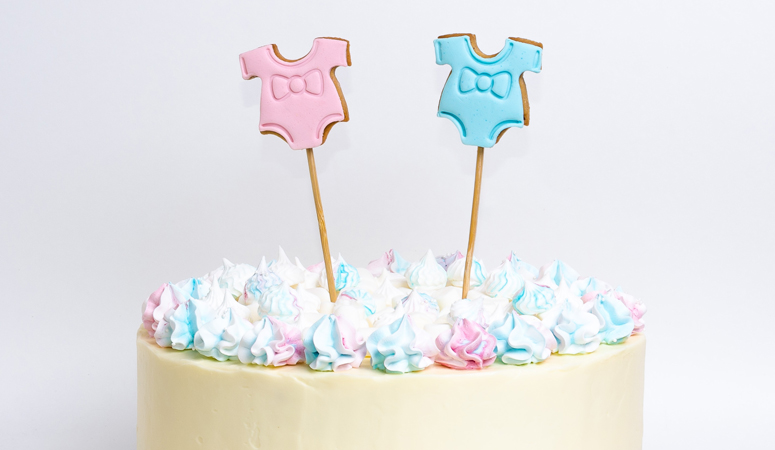 Did you find out the sex of your baby?

Pregnant women get a lot of unsolicited advice, so I’m reluctant to add to the noise.

But in the past few months, I (somewhat unexpectedly) became a pregnant woman myself. And I could never have anticipated how much finding out the sex would help me, for even greater reasons than knowing what colour to paint the nursery walls.

When you’re 16 and pregnant, uncertainty is a given. When you’re 30 and happily married, it’s The Right Time. The natural next step. 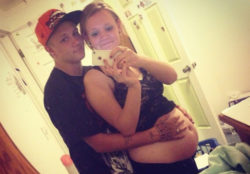 Nope, not 16 and Pregnant

As word spread of our news, some of the closest people in my life told me I had never looked happier. That I was ‘glowing’ (liars). This surprised me most – how much you can hide from the people who know you best.

Because I wasn’t over the moon. I had never been so daunted.

I didn’t cry happy tears when I found out I was pregnant. Or during the first scan. My loved ones had no idea that I was waking up in the middle of the night in a sweat of anxiety because I wasn’t ready for everything to be different. Because the one thing they tell you is that Everything. Will. Be. Different.

I loved our life as it was. My ovaries had never ached for babies and I had a bad habit of handing other people’s children back with just a fraction too much enthusiasm.

I always thought we would have children eventually. But it would be after one of those schmaltzy ‘let’s have a baby’ conversations you see in movies. And this conversation would be had by Future Me. In another space and time. When I was 100 per cent ready.

But the embryo had bolted. This foreign thing inside me was already making itself know. My trusty B cup boobs were throwing a rapid expansion party and I felt hungover with nausea. Every. Single. Day. Men have nine months to prepare for their lives to change but for us baby vessels it’s immediate.

I felt quietly ashamed of how I was feeling, as if my first act as a mother was one of betrayal.

But finding out the sex changed everything.

When parents flesh out the pros and cons of finding out, the pros usually centre around practicality. Planning names, outfits, nursery colour schemes, etc. It’s not easy to slip in over smashed avo with your girlfriends that you’re finding out the sex in the hope that something emotional inside of you clicks, because right now you’re not feeling it.

We took a blood test early on in the pregnancy, which gave us the option of finding out the sex. The results would be ready in a week.

I felt quietly ashamed of how I was feeling, as if my first act as a mother was one of betrayal.

As we waited anxiously on hold to the world’s least tranquil rainforest soundtrack, the doctor finally came to the phone. A girl was entering our lives.

Weeks of fears and doubts and an inability to articulate them because I wasn’t The Type of Pregnant Woman Who Had the Right To Be Unsure, had come to a head. I’d never experienced an emotional shift like it.

Finally, we had been given an ounce of clarity at a time when everything in our future felt unknown. Finally, I could start to envision this person I would be leading through this world. 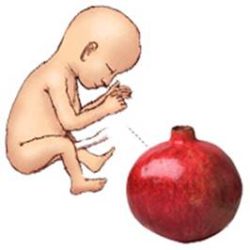 No longer a fruit baby, but a REAL baby

It wasn’t just a fig, or a clementine, or whatever other exotic food equivalent the pregnancy app was offering up that week – it was a little girl. Our daughter.

I’m rolling my eyes at myself for framing it like some magic, click-of-the-finger fix and poof, everything felt better. But it really did. Poof!

I’m not suggesting I’m closer to my baby than mothers who keep it a surprise. Some women already feel all of the feels, no pink or blue needed. And I envy them. I’m just someone who needed that extra information to catch up to them.

It’s not for everyone, but if you too feel like doubts are only reserved for 16 and Pregnant, finding out the sex is something to consider. It certainly helped me. Plus, sure, you can get a head start on your colour schemes.

I hope one day, if my daughter reads this, she’ll understand my early feelings were not because I haven’t loved her always. But pregnancy, and the uncertainty it brings can be daunting for anyone. Even when It’s the right time of paper. And that’s OK.

You can learn more about Jaime at her website here and follow her awesome book-loving Insta page here.

Bec Judd spoke to us about the full-on anxiety she felt when she discovered she was pregnant with her twin boys and you can listen in podcast form below (and subscribe to our podcast here) or watch the full vid series here.