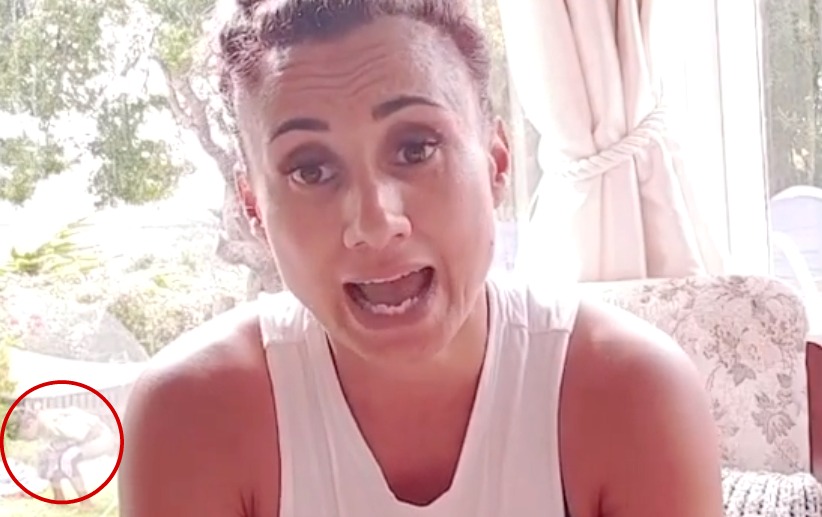 When you become a parent, you’ve got to know that unexpected shit is going to happen from time to time. For New Zealand-based fitness trainer Elise Niu, that ‘unexpected shit’ is 100% literal.

Elise runs a training and nutrition site called Level Up; one of those one-stop-shops that provides exercise programs, meal plans, etc via her E-Fit Challenge. Elise is BIG on support within the community she has created, so likes taking to Instagram to connect with her ‘bootcampers.’ During a recent vid on her Insta, Elise runs down the importance of a good brekky and starts giving some suggestions on what to chow down on in the AM when one of her kids decides to steal the show from the background. And by ‘steal the show’, you’ll have to watch the vid below to see what we mean….

Yep. That’s Elise’s eight-year-old son releasing the chocolate hostage in their backyard in front of her almost 6000-strong following. The mama of four addressed the hilarious mishap by saying: “Dear Bootcamper crew watching this video… Please ignore the 8 year old in the background taking a shit… He said his brother was on the toilet and he couldn’t hold on. And that is todays cool story.”

Sure, it’s a bit gross, but it’s also hilarious. Unexpected, but bloody hilarious.

Bec Judd is also a mother of FOUR kiddos and spoke to us about her twin pregnancy, falling in love with Juddy and how she juggles it all in the podcast below. Have a listen, then we’d LOVE for you to come and subscribe to our pod channel here. It’s free and awesome.