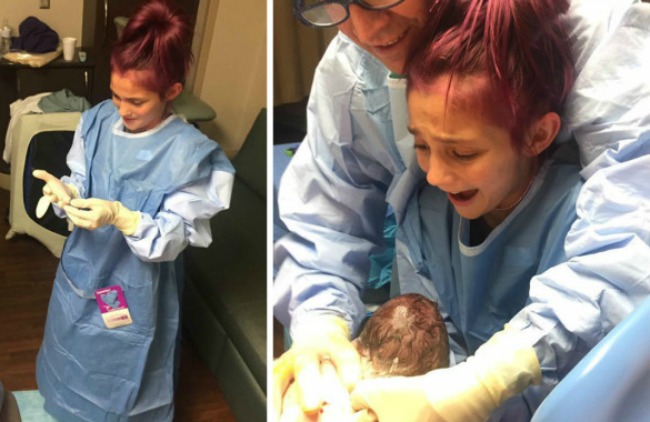 This 12-year-old delivered her baby brother!

There’s not many moments in life that are as life-changing and awe-inspiring as childbirth. That moment, when a tiny human exits the body of another, is so off the charts incredible that it almost seems unreal. While I’ve given birth twice, I’ve never seen someone else do it and it is totally up there on my bucket list of stuff to tick off. I can only hope my daughter will want me there if she decides to give me grandkids one day….and if she doesn’t I feel like I might just bust in there anyway!

12-year-old Jacee Dellapena just lived my dream x 100 when she not only witnessed the birth of her baby brother, but actually DELIVERED him. Jacee was devo’d when she missed the birth of her first little brother because her mum, Dede Carraway, thought she was just too young to be there – but there was zero chance she was taking no for an answer this time. According to WBTV News, Jacee said, “I started crying because I thought I wasn’t going to get to see him be born, because I was too short.”

Dede then explained that it was her doctor’s idea to bring Jacee in on the action. “Doctor Wolf said, ‘Why don’t you just let her suit up and deliver the baby?‘ And I said ‘What? No!'” After a little more thought, Dede decided to let Jacee deliver her new sibling: a seven pound, six ounce baby boy called Cayson. And the pictures are more than a little magical…. 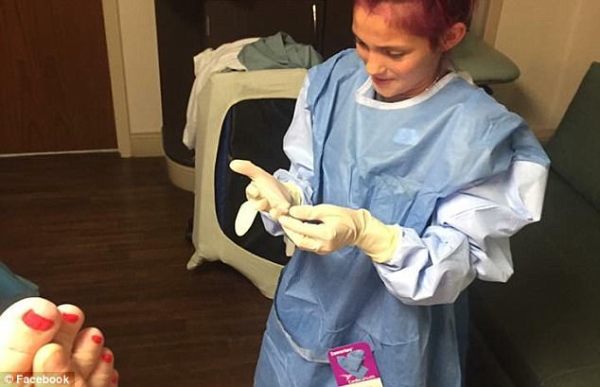 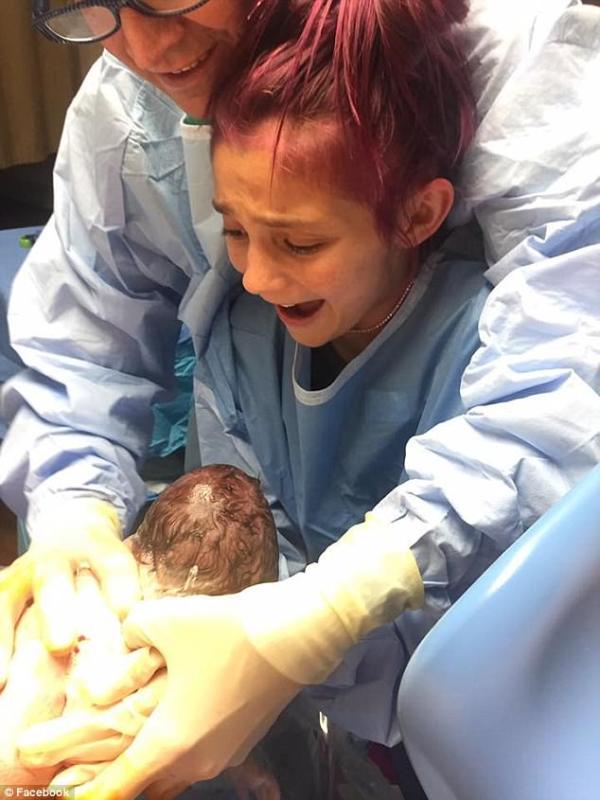 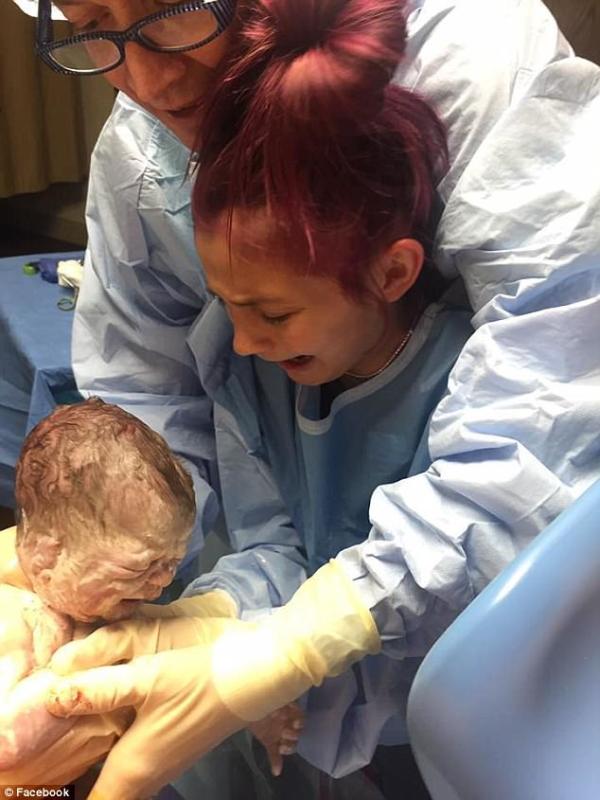 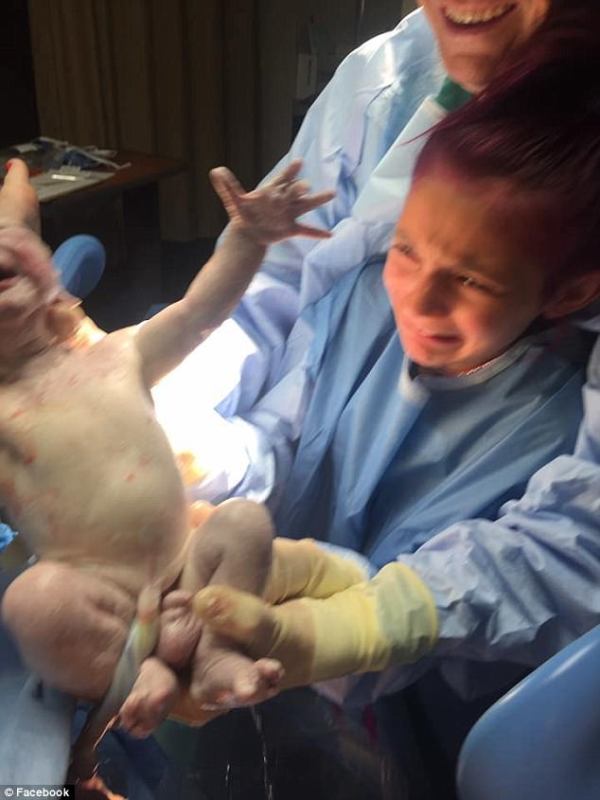 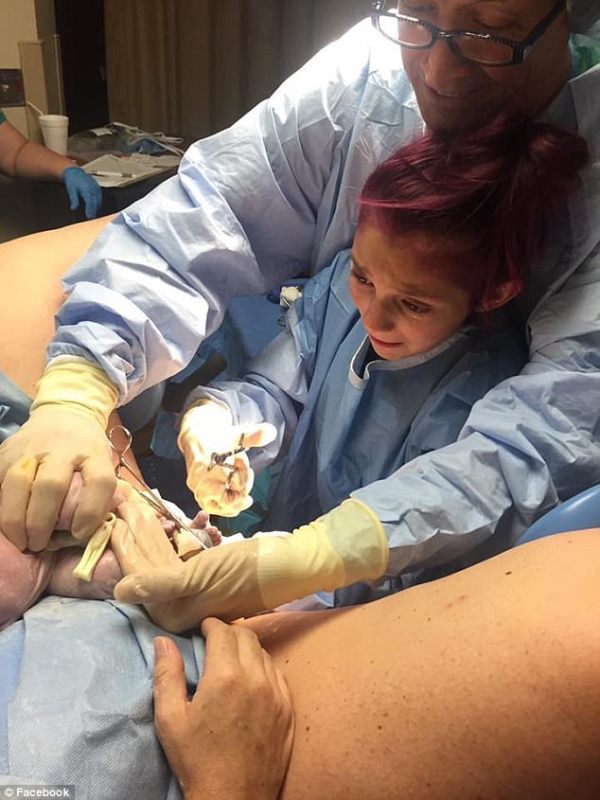 Dede said that the birth was a little more intense than expected as her epidural failed to work, but despite the pain she said the decision was totally worth it. “Seeing the emotions on her face, it made me cry. I’m about to cry now! It was just a good moment for me,” she said.

But what did Jacee think of the whole experience? “I actually, like delivered him, like, he let me actually push down and pull the baby out…I was like, wow, like I’ve played fake doctor before, but this is, like, the real thing, this is the real deal. I was really nervous,” she said, adding that even though she was worried that she was “gonna mess up or tear her or something, it was the best moment of my life.” Unsurprisingly, Jacee is now considering a future in obstetrics.  And there’s no doubt the bond between this sister and brother will be pretty damn exceptional.

Have you been in the delivery room during a birth other than your own?

Megan Gale spoke about the birth of her son, River, during our chat a little while back. Catch it in pod form below and subscribe to Show+Tell The Podcast here.