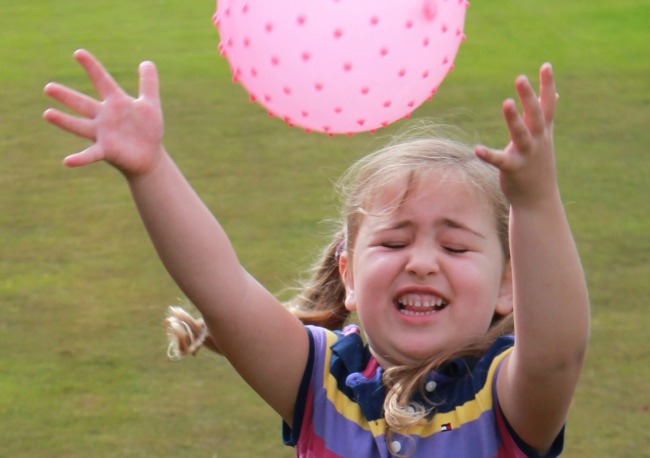 If your kid is crap at something, should you tell them?

When I was around ten years old, my best friend Kathy inspired me to start playing netball. Kathy was one of those super sporty girls who was not only a truly excellent netball player, she was the kind of kid who put her hand up for every event in the swimming and athletics carnivals. I, on the other hand, only really gave a shit about what I would wear to the athletics carnival, because it was an out-of-uniform day and I could finally show off my combo of ra-ra skirt, hot pink t-shirt and thick elastic belt to my school pals. Or, as happened when I got to high school, I just wouldn’t go because: SPORT.

So, for some dumb reason, I started playing netball. Remember that swimmer in the 2000 Olympics who finished like, two full pool lengths behind the others? Yeah, that pretty much sums up my netball experience. I wasn’t fast on the court and would shit myself whenever the ball came into my team’s goal area (see, I don’t even know what that’s called) because I knew everyone would see I had ZERO idea what I was doing. God only knows why the coach continued to play me in the Goal Attack or Goal Shooter positions, because every time the ball came near me I did that weird, un-co combination of aggressively lunging at the ball while rapidly eye-blinking and flinching away from it at the same time. Plus, I probably got about two successful goals…… in a year.

Eventually, the penny dropped – I was shithouse. Turns out, being scared of the ball isn’t one of the qualities that makes a good netballer, but despite this, my parents always backed me. My dad, oh my poor dad, he would sit and watch me perform DISMALLY every single Saturday morning. Even though what he probably wanted to do was come clean and just say, “Look kid, you’re just no good – time to throw in the towel” so he could at least have his Saturday mornings back, he would instead put his arm around my shoulder as I came off the court and say, “Great job today, Meliss!” 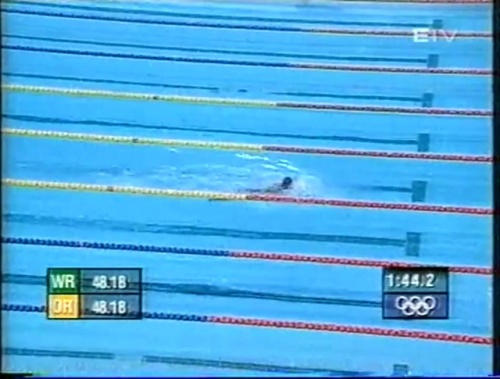 This is the swimming equivalent of my netball ‘career’

So when I read a while back that a mum by the name of ‘Fudgefeet’ had asked Mumsnet users for advice as to whether she should tell her nine-year-old daughter that she is a terrible singer, I started having netball flashbacks. “Should I just let her carry on in blissful ignorance or find a way to tell her it’s awful?” asked the mum in reference to her daughter’s “deep, guttural warbling” of Abba’s Mamma Mia on the way home in the car. The responses from the other mums varied, from “Please don’t tell her she’s awful!” to suggestions that she record her daughter singing and then play it back to her so she can hear how bad she really sounds.

Here’s the advice I’d give Fudgefeet: Your little girl is just nine years old. Let her sing her heart out if it makes her happy because before you know it, she’ll have entered adolescence and things won’t be so simple any more. Simple pleasures like singing will be replaced by other, more complicated stuff. You don’t have to tell her she’s crap, nor do you have to tell her she’s fabulous. Let her enjoy being a kid. If she was 20 and planning on auditioning for The Voice, then yeah, maybe that’s worth a convo but for now, let your little lady burn out your eardrums. She might come to the realisation on her own and if not, kids are tactless arseholes so no doubt one of them will give her their opinion eventually ….and if she still continues to sing, then be proud you’ve raised a kid who will continue to dance to the beat of her own drum – regardless of whether it’s properly tuned or not.

What do you think? If you kid is crap at something should you tell them?