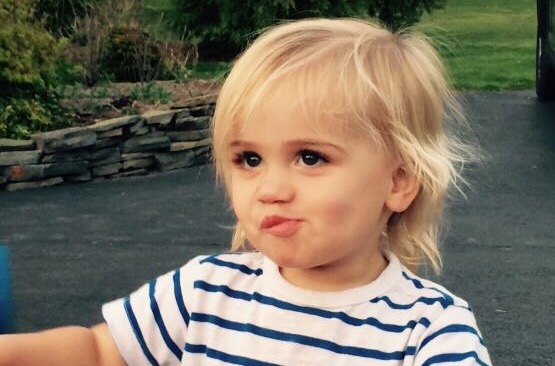 As I sit here writing this…I’ve just survived my two-year-old’s third tantrum of the day. And by tantrum I mean an angry outburst that includes throwing whatever he can get his hands on and trying to bite and scratch my face off. All because his car was broken and he didn’t like that I couldn’t fix it for him.

This isn’t unusual – it can happen anywhere and at any time. My son Jarvie is generally a happy kid but he’s strong willed and VERY specific about how things need to be done.

When we first had him we knew he was much more demanding than my first born son, Raff (who is a rule follower and quite chilled). We had planned on having a third child not long after Jarvie turned one but I knew he needed more attention (and shit loads of discipline) to ensure he wasn’t a bloody nightmare when he entered the world alone one day.

I received some advice from a child psychologist that I happened to bump into at an event last year and I stick by it (EVERY SINGLE DAY) because otherwise I might lose my marbles.

Be careful not to break the spirit of a strong willed child, choose your battles because they go from very strong leaders to REALLY bad followers quite easily.

This little piece of advice has saved me when he is pushing the boundaries and reminds me to choose my battles and let him flex his muscles every now and then.

This can be the most challenging in public though, I often get ‘that’ look from many people. Mostly women, who I can tell think I should be doing more by stepping in and forcing him to sit still or be more quiet. But the truth it, I know it will make it worse.

Before I had kids I was one of those parents that thought it was ALWAYS the parents fault if their kid acted like an asshole. But now I know better…I have raised him the same as my first. I’ve read books, educated myself, used many a tactic and I know now that some kids really are just harder than others.

Some kids follow the rules and WANT to please people, other kids don’t give a fuck. I have one of each. It used to make me feel self conscious and sometimes embarrassed. Now I know that I know my kid better than anyone else and EVERY SINGLE situation I’m in when I feel the judging, I remind myself that I’m not going to have that battle.

Majority of my day is spent giving him the freedom he needs so his wings aren’t clipped but also monitoring the key parts of life that he needs to know about. The hardest part is turning your back on some things because you know it’s not worth the battle and trying to choose the right battles to have….just to make sure I don’t crush his spirit. I want him to be a leader and not as asshole follower so this is the tactic I’m taking right now.

Do you have a strong-willed child? What tactics do you use?