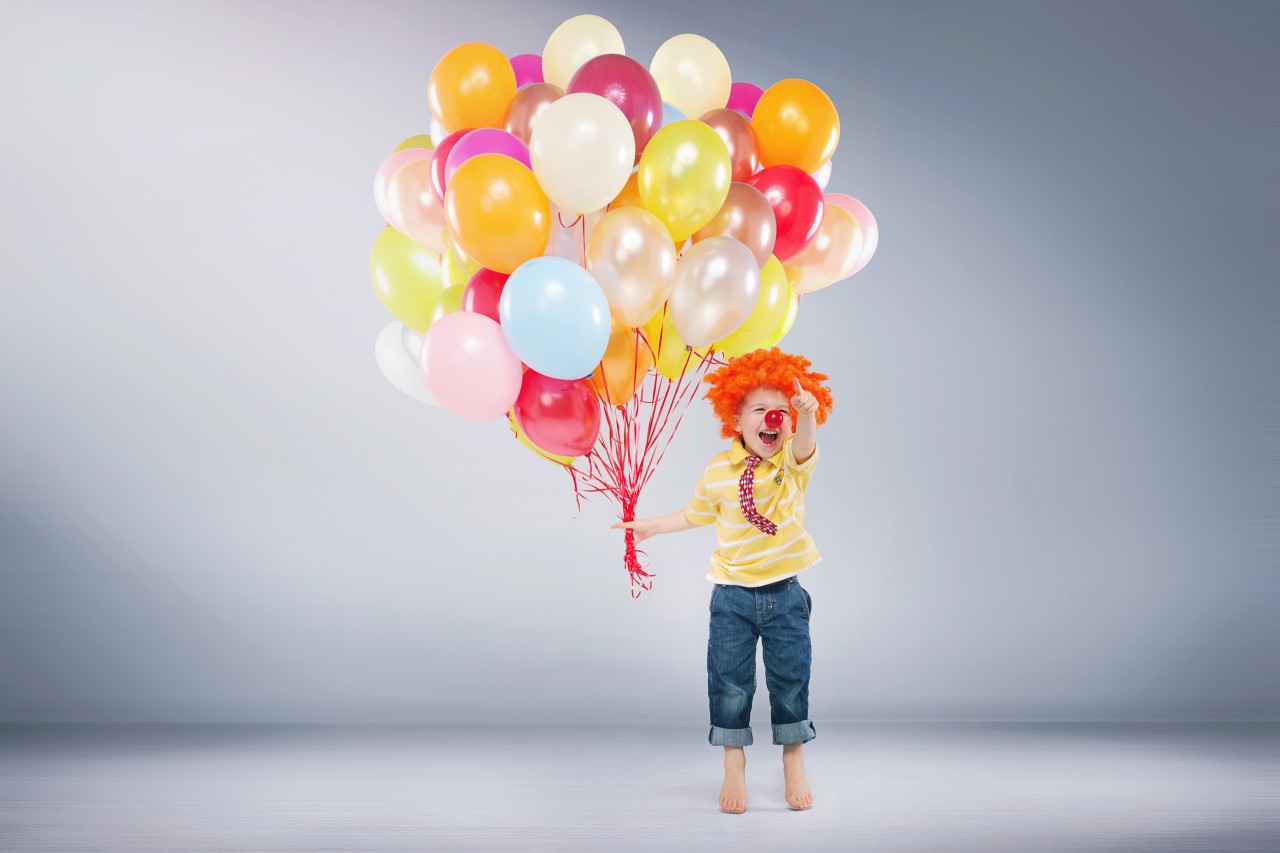 There was NOTHING more exciting as a kid than going to a friend’s birthday party. You’d get all dressed up in your ‘best’ clothes, your mum would tease your hair up a bit and chuck in a bit of glitter hairspray (If you grew up in the 80’s like me) and you’d whack on some shiny lip gloss. When you rocked up to the birthday boy or girl’s house, the excitement was palpable. You’d cluster together with your friends, ooohing and aahhing over each other’s clothes while the birthday kid told you what was planned for the day. 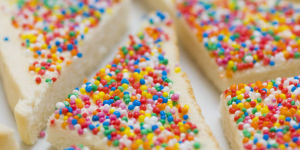 The party food back then was the stuff of dreams. I’m talking fairy bread, chocolate crackles, honey joys, cocktail frankfurts, party pies and red cordial that was the real deal – buttloads of sugar and artificial red colouring. The balloons and streamers that hung from the ceiling, the table settings, even the cake, was low-key. Back then, no one gave a second thought about whether the napkins and cups matched or whether the balloons were the perfect shade of mint green to complement the pink posies on the tables.

After you’d stuffed your face like a little piggy and were jacked up on enough sugar to keep you running for a week, the games would begin. Seriously, HOW GOOD WERE THE GAMES? Back then, the thrill of winning was so much more exciting because unlike today, there was only ONE winner. If you played Pass the Parcel, the kid who got the last layer was the winner, there wasn’t a ‘little something’ in every layer for each kid and that made it all so much more exciting. There was only one thing to pin the tail on, and that was The Donkey. There were no heavily merchandised movie themes. There were no X Boxes or iPads, there was just good, plain fun that forced us to engage with each other.

All that said, I’ve never had either of my kid’s birthday parties at home because, you know, I’m lazy like that. It was when I was paying the FIVE HUNDRED DOLLAR bill for my son’s last birthday party that I thought it was time to re-evaluate the situation.

So this year, I’ve decided to kick it old school and have the party at home with the games we loved as kids. 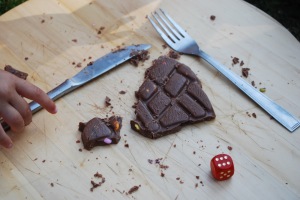 Entertainment is at the heart of any good party and without a good variety of stuff for the kids to do, they will tear. your. joint. up. Armed with this knowledge, I sat down with my son to discuss what games we should organise for his upcoming birthday bash. We laid down the foundations with the old classics; Pass the Parcel, Musical Statues, Musical Chairs and that game where you cut into a block of chocolate with a fork and knife that no one actually knows the name of.

My little genius also decided that Twister would be a big feature of the party too. Remember playing this back in the day? Spin the arrow and hope that your right hand would be directed to the red circle which meant you had to strategically climb under hot Jonno. We would play this game for hours on end at birthday parties, after school and on weekends back in the day and I love that it is one of my son and daughters favourite games now. The best thing about Twister is several little bodies can play at once. It’s fun and it’s silly and there’s nothing more hilarious than when a little kid rips a toot in the face of the kid crouched below them. Good times! 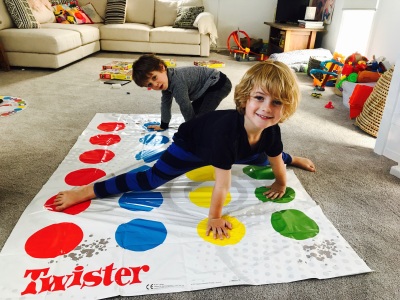 I can’t believe I’m actually saying this, but I’m really looking forward to this little shindig. It’ll be like a trip down memory lane for me and a special day for my son as he makes new birthday memories in our home. Plus, I’m really looking forward to taking down each and every one of those kids in Twister – not that I’m competitive, just exceptionally flexible. It’d be a shame to waste that gift.

Wrap your ears around our chat with Constance Hall, then get ALL the podcast goodness from our channel here.