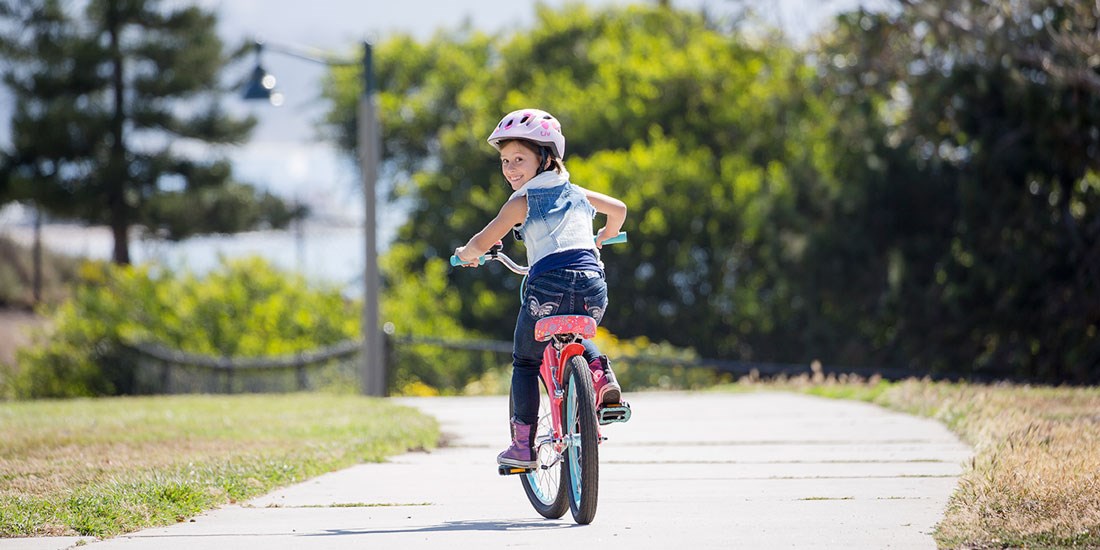 What were you not allowed to do that all the other kids were?

Take bikes, for example. Growing up, I wasn’t allowed to have one. Actually, I lie, I DID have one – my next door neighbour, Deirdre, gave me her old bike that we nicknamed ‘The Harley’ because it was one of those 70’s bikes with massive, high handlebars. I was allowed to ride that bike up and down our (gated) driveway, but that was about it. Most of my friends rode their bikes to school and I was so jealous. I mean, WHY were my parents hell-bent on ruining my childhood and making me miss out on all the fun? 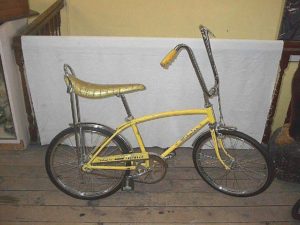 Unlike me, my kids (now 11 and 9) both have their own bikes and I’m happy for them to ride on tracks or in parks, but not on the road and definitely not alone. For us, this decision comes down to one simple question: Are they mature enough to handle a potentially threatening situation on the roads? Are they old enough to keep their wares about them and not get distracted by cars and driveways and strangers bustling by while they’re on their bikes? I don’t think they are – and at their age, I don’t really expect them to be. That stuff will come with time.

Look, I’m no fool. I know bad shit can happen no matter how ready they are and accidents happen to the most cautious of cyclists. I’m just not ready to let go of the reigns when I don’t think they’re fully prepared. Of course, they’ll be a freedom that will come with age, but while they’re still so young, I’m comfortable with my judgement.

You might be reading this and thinking, ‘those poor kids, that chick is nuts‘, but I reckon that’s the beauty of parenting. It really doesn’t matter what anyone thinks about your rules, as long as you’re solid in your decisions. We’re all raising our kids the best way we know how, with their best interests at heart, and for every family that will look totally different. As the old saying goes, it’s different strokes for different folks.

I’m not sure whether my kids think I’m a terrible mum for the decisions I’m making for them right now, but if they do, I’ll just have to cop it on the chin in the same my way my parents did. And who knows – maybe one day I’ll buy myself a bike and learn to ride alongside them.

Monty, Stace and I spoke about this and heaps more on our latest ep of Show+Telling. Whack on some cans and have a listen below and if you like what you hear, subscribe here.