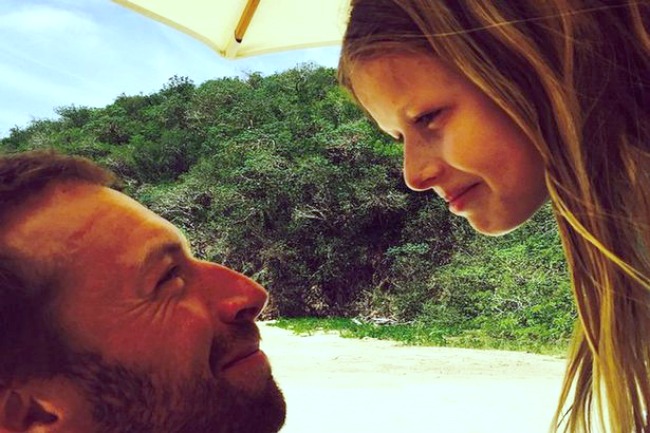 An AWESOME tip to make your kids kinder

I just started giving my 3-year-old and 7-year-old pocket money. Each week they get a dollar for making their beds every morning. I’ve patted myself on the back for teaching them about working for the dollar, but mostly for not remaking the beds when it hurts so bad not to do so. Pocket money is such a great way to introduce kids to what money means and how it will effect their lives. Chris Martin‘s mumma probably had no idea the massive effect she would have when she started giving the Coldplay front man his first pocket money.

When Chris was 10-years-old his mother started giving him ten pence pocket money, but when she handed it over there was only nine pence. When Chris questioned this he was told that ten percent of his money would be going to charity. It’s a big lesson for a 10-year-old to learn but what a amazing one for his mum to teach him.

Late last year while Coldplay were touring Australia, Chris revealed to The Today Show’s Richard Wilkins during an interview that Coldplay gives ten percent of their earnings to charity because of the lesson his mum taught him with pocket money as a child. That’s ten percent of millions and millions of dollars that goes to 28 charities including Amnesty International, City of Hope and the Red Cross. He sure was a tad shy when it came to talking about it though. It was clear they don’t broadcast the news – which makes it even more wonderful.

I bet when Allison Martin first decided to teach Chris the value of charity she had no idea how many people she would be helping in the process. This parenting gig can be hard work sometimes, but this is an awesome reminder that teaching our children about the value of helping those in need can have such a huge impact on the world.

Aussie icon Dannii Minogue joined Monty On the Couch a while back and told the cutest story about her son, Ethan. Have a listen below and don’t forget to subscribe to our podcast here so you can listen to ALL our chats with fab women – and a couple of excellent guys!