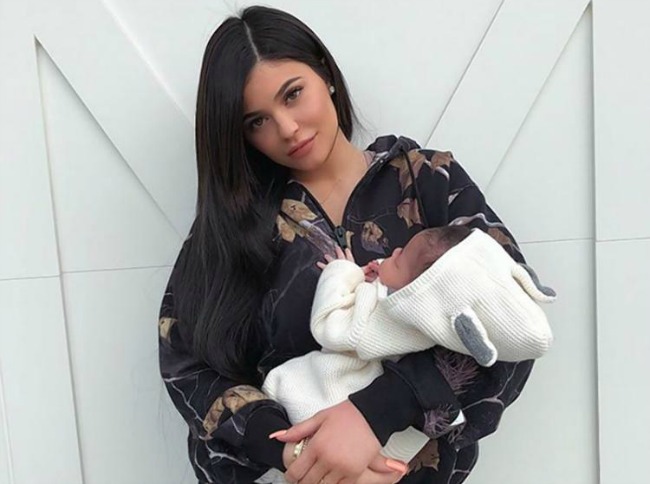 When I was overdue with my first baby I was pressured by a doctor to get induced. I did my research and didn’t want to be induced before I was 14 days overdue but was told off by a doctor, very publicly, for not doing it earlier. I was supported by the midwives but really upset when some of my family and friends told me off for not listening to the doctor. I called a good friend of mine who gave me some fabulous advice: “This is the start of being a mum. Someone is always going to tell you what you are doing is wrong, so do what’s right for you.”

Mum-shaming is everywhere, judging women for their choices to stay home, to go back to work, to use childcare  or even to put a slice of cake in their kid’s lunches. For some unbelievable reason dads just don’t cop it. They are allowed to make their own parenting choices without constantly being judged.

Kylie Jenner is the latest mum to feel the pressure. After posting pics of herself having an awesome time at Coachella, she received a barrage of nasty online comments about leaving her two and half month old daughter Stormi at home. Followers left comments such as; “A ‘cool mum’ doesn’t up and leave her newborn for a weekend of partying at Coachella — yes that’s you Kylie Jenner … If you wanted to party don’t get pregnant. #WhatAConcept.” 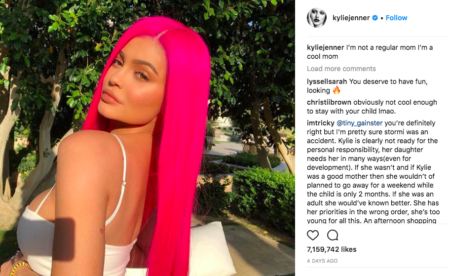 Kylie’s baby daddy Travis Scott is also at Coachella but that hasn’t drawn the same criticism as Kylie attending. Apparently Kylie is actually being paid to attend the festival, which makes her a mum who has gone back to work – and I’m pretty sure she’s left her baby girl in capable, caring hands. Even if she isn’t getting paid, even if she’s just having a break, why do we feel the need to shame her choices? Parenting is tough, and in a time where we’ve never had more choices on how to parent our kids, we’re also faced with more judgement on those choices.

Kylie Jenner isn’t your average mum; she has millions of people following her every move and at some stage was probably going to be told she isn’t doing this mum thing right. Just because she posted some uber glamorous pictures at Coachella doesn’t mean she doesn’t know what it feels like to have vomit on her shoulder. It’s not mutually exclusive to be a mum and a businesswoman and just a human being who needs to get away from a baby for a weekend.

Kylie has since returned from Coachella and posted some majorly cute pictures of Stormi on Snapchat. I hope she didn’t feel like she had to post these in response to the trolling of her parenting. 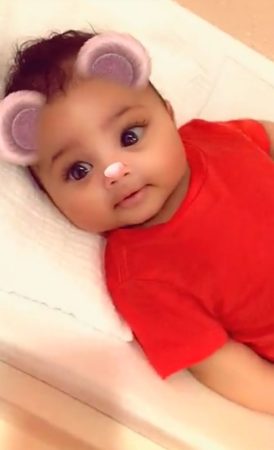 I’m pretty glad I don’t have millions of people watching my every move, otherwise I would be in so much trouble for the couple of days holiday I had last week without my kids. It was awesome, and enabled me to come back to my kids and be the best mum I can be. They were loved and safe with their dad and so far have yet to exhibit any signs of trauma.

Let’s support each other’s choices as mums, because this parenting gig is hard enough.

Have you heard our podcast? You can listen to Rachael Finch talk about being mum shamed, two VERY different labours and heaps more below and subscribe to our pod here.