This is a Fuck Yeah moment

We are all thrown different curve balls, situations and also opportunities in life. Some of them break us, some make us. Often, it’s the really tough shit that ends up making you who you are.

We wanted to share with you some really poignant moments in our lives when we felt the most challenged and how we came out the other side.

Here we share with you a fuck yeah moment in each of our lives where our lives changed forever.

When I was 21, I got a great job as a Black Thunder Pilot at Fox FM in Melbourne. Seriously, growing up I was OBSESSED with hunting down those cars for free cans of coke and stickers. That is the job that kicked off my love of radio. I got to see how shows were put together and help out behind the scenes; I loved the pace and the buzz of it being live, knowing anything could happen – and often did.

I got bitten by the radio bug quickly and my goal became to be one of the people ‘On Air’. I would jump in the studios at night when no one was around and hassle friends to come so I could tell them stories and force them to laugh along with me.

After knocking on every door possible, I eventually landed a job in Albury doing the breakfast show; ‘Matt and Monty’. It was so bloody exciting.

I was with my boyfriend Sam (still am) and to leave him and my family scared the shit out of me, but this was my dream. The hours were tough, I was learning on the go, and I was terribly homesick. In the end, I became fiercely independent and quite closed off that year, and it almost broke Sam and I. I decided I had learnt what I could there, resigned, and then hoped for the best.

Not long after moving back to Melbourne I got a call from one of the big radio stations. I could not believe it. This was what I had always wanted. I started a Saturday radio show with a good mate that turned into a national drive show and then I moved to Sydney to do breakfast radio.

Sydney breakfast is the cream of the crop in radio, I was nervous and scared but ready to give it a big- ass crack.

Then, I fell pregnant with my first son Baxter soon after accepting the breakfast radio gig. Severe morning sickness paired with a radio show that wasn’t doing that great in the ratings saw me lose my job. My world was shattered. I was pregnant and unemployed.

I had my WHOLE identity wrapped up in my job. I had no idea who I was without having the title of ‘radio announcer’. I know it sounds wanky but that is how I felt. I felt so humiliated losing such a public job and I thought my career and everything I had worked for was over. I didn’t think I would ever recover from it.

My ‘fuck yeah’ moment came after I had my baby. One afternoon while breastfeeding Bax and thinking about what work I could try and do (I had NO other skills at the time), I decided I would create my OWN job. I decided to build something that would incorporate all the things I love, and surround myself with incredible people. I promised myself I would never feel invaluable again. Looking down at my baby I knew then that I was WAY more than my job title. I gathered some incredible women around me and together we created Show + Tell. Every day is now a ‘fuck yeah’ day. 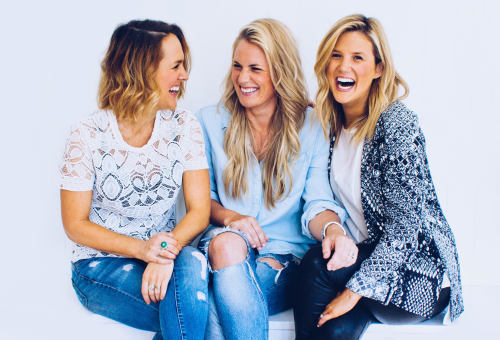 Monty and I have been best friends since we were 15. We were inseparable only living 200m from each other.  If we both stood out the front of our houses we could wave to each other, and often did (dorks).

The area we grew up in had a huge lacrosse culture (that is not the sport on horses). I loved it and had played since I was tiny and that lead me to being offered a once in a lifetime scholarship at Loyola College in America. This was a four-year full scholarship, one my family would never have been able to afford.

I remember telling Monty that I was going to take the opportunity and would be gone for at least four years. We were standing in Monty’s kitchen and I blurted it out; “I’m moving to America”. We were both crying, both scared of what the next few years without our bosom buddy by our side would look like.

Accepting this opportunity meant as a 17-year-old I would be leaving everything and everyone I knew behind and moving to a different country, one I had never even stepped foot in before. I was a kid about to quickly become an adult and live on a college campus and train my ass off at the same time as maintaining high grades (or I would have been popped back on the plane). The pressure was huge.

In hindsight, my parents were CRAZY to let me go. But they trusted me, and it made me trust myself. I was always told to try anything and if it doesn’t work at least you gave it a crack. So that’s what I did.

I remember the moment I arrived in America vividly – fresh out of high school. I remember the smell of the dorm room, my first practice where I couldn’t swear or even talk at all, the locker room and the professionalism that came with the feeling of essentially ‘being paid’ to perform. There were moments where I was pushed to my limit, both mentally and physically…and I remember my inner voice telling me ‘nothing will break you.’ Being away from my safety net at home, I had no option to fail.

I had my breakthrough ‘fuck yeah’ moment that first day on the pitch. Suited up in my uniform alongside some incredible girls, I felt powerful and I knew in that moment I could do this.

My experience has left with me with not only inner belief, strength and motivation but it gave me much more than that. I met my husband six months after I arrived. We were together the whole eight years that I ended up living there and we now have two beautiful little boys that push us to our limits every SINGLE day. But I’m prepared, my ‘fuck yeah’ moment happened when I was young, and thankfully I found the resolve to never let anything break me. Not then, not now. 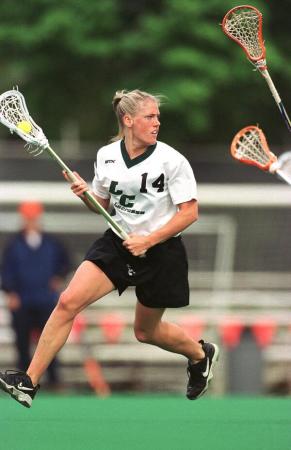 Like most women, I’d always imagined being a mum some day. And after I married my husband, we were excited to turn that in to a reality.  Unfortunately, it wasn’t anywhere near as easy as we had thought it would be.

My body didn’t want to play ball (lazy, really) and so I had to go down the IVF path.

I knew a couple of people who had gone down this road and had picked their brains and read lots online so I thought I had a pretty good idea of what it would involve. But the reality is that I had NO idea. It was a lot tougher than I could have imagined. And I like to think of myself as a pretty tough cookie.

Everyone’s IVF experience is different and unique to them. Mine was of the rather full on variety! I was taking 12 tablets a day, injecting myself a minimum of three times a day, wearing two oestrogen patches daily, and inserting things in my private regions four times a day. To fit all of this in while managing a full time job where you have a team of people relying on you was bloody hard work. And on top of that, there is the emotional and psychical toll the process can take on you. And no-one can prepare you for that.

I had many moments where I thought ‘if this round doesn’t work I don’t think I can go through it all again’. But really, I know I would never have given up. I would have kept on trying because I was not about to give up on hope of being a mum and having a family. 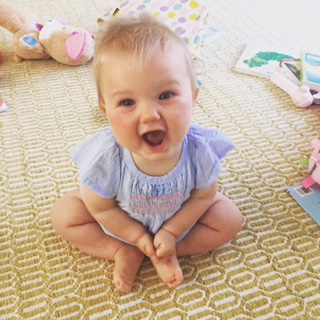 On our second attempt I fell pregnant and now, I’m the mum of the best one-year-old going ‘round. She is the bees knees and I love this kid more than I could have ever imagined. It was all worth it and I would have done it ten times over to get my Edie (or Buggy as we affectionately call her). I sometimes look back at think about how hard core it was but I know for sure it was my ‘fuck yeah’ moment in life.

Monty has an AWESOME chat with Sophie Cachia AKA The Young Mummy below about her ‘fuck yeah’ moment and it’s pretty bloody EPIC!