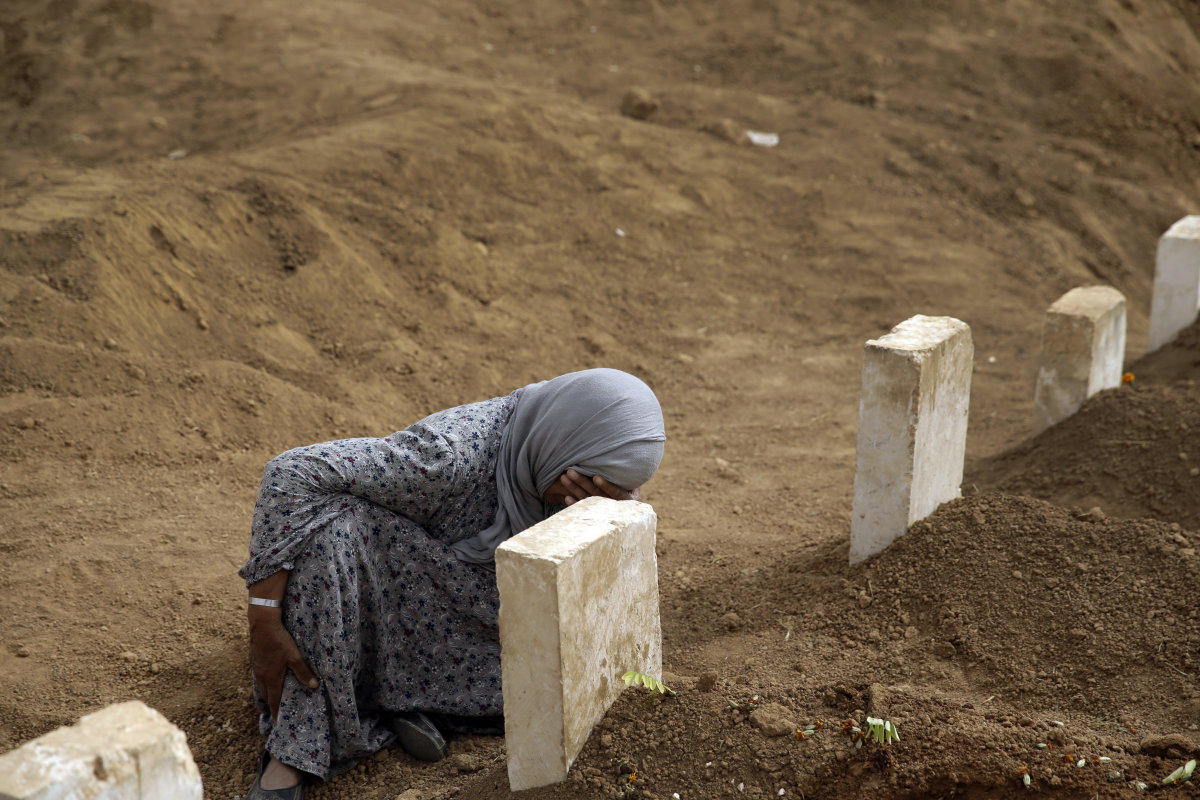 For so many of us, life is un do-able without our kids

The other day I felt a lump in my eight-year-old daughter’s breast. Right behind her nipple, a walnut-sized, hard mass that was tender to the touch and made her squirm beneath my hands. “We’ll go to the doctor tomorrow and get it checked sweetness, it’ll be fine,” I told her as I stroked her hair and tucked her into bed. That night, I cried on the phone to my sister as I spewed out every dark thought that took over my mind. What if it is something? I went to her bedroom about 15 times during the night, just to watch her sleep. I smelt her hair and felt totally and completely overwhelmed with simultaneous feelings of love and fear.

You see, life without my kids is un do-able. From the minute I gave birth, my heart was given over to two little humans and since then, its ability to function is totally dependent on their existence. As a mum, all I want to do is protect them; shield them from all of the world’s bad stuff and cocoon them in love. I want to watch them thrive, achieve their goals, fall in love, make mistakes, do what they love and above all, live a long, happy and healthy life filled with endless possibilities. The thought that something beyond my control could tear that away from me made me feel the ugly combination of complete terror and helplessness.

There’s something so agonising about another mother’s pain because at the heart of it, we all know that fear. For some of us, it resides in the deepest corner of our minds, hidden out of sight from the world and even ourselves. For others, it is our blinding truth.

This is the reality of mothers in Syria.

On April 4, Syria faced yet another blow when the government allegedly launched a suspected chemical attack on its people. Innocent civilians who have seen more death and despair than we could imagine were left gasping for air and clutching onto their loved ones as they took their final breaths. 70 people, including a reported 30 children and 20 women, died horrific deaths at the hands of those who should be striving to protect them. But this is not a one-off tragedy, just one that demanded attention because of its chemical nature and was captured in pictures and video for the world to see. If every attack on the people of Syria made the news, it would dominate our screens. 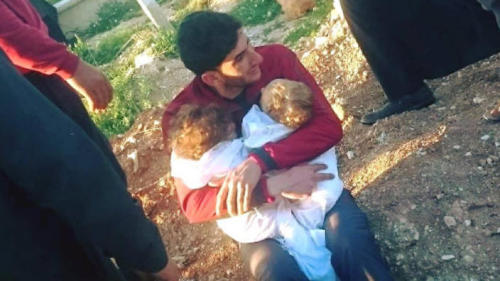 Father Abdul-Hamid Alyousef cradles the bodies of his nine-month-old twins, Aya and Ahmed, who died in the Syrian chemical attack. He also lost his wife, two brothers, nephews and other family members.

In 2013, my good friend Reuben visited a Syrian refugee camp and was inundated with questions like, “Does the world know what is happening to us? Why isn’t anybody coming to help?” Little kids told of how they prayed for overcast, rainy days because they feared clear skies and sunshine – the ideal conditions for barrel bomb attacks. He saw makeshift hospitals that housed poorly amputated, burned and paralysed men, women and children. He saw lives that had been destroyed beyond hope.

But it’s easy to look away. It’s easy to look away because for so many of us, the stories and the images are just too much to bear. I get it. We don’t want to see mothers and fathers holding their dead children, screaming the cries of heart wounds that will never, ever heal. We don’t want to see the despicable conditions our fellow humans are living in, lives that have become a reality beyond our worst nightmares. So what do we do? We skip the stories. We click past the images. We hold our own children that little bit tighter. We say a silent prayer of thanks for the life we have in a country that is safe; a country that is free from war. We change the channel and we forget.

There’s something so agonising about another mother’s pain because at the heart of it, we all know that fear. 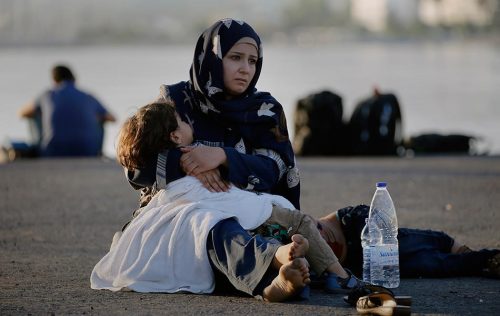 We cannot forget about these people.

We can’t, in good conscience, turn away any longer. We all know what is going on and yet, it continues. Now, there’s nothing you or I can do to end the war in Syria – that responsibility, and the blood of the men, women and children who have lost their lives, lies in the hands of the leaders of our planet. What we can do is offer an extension of love and compassion to those who need it more than ever. The mothers and fathers we will never meet, the ones who are struggling to keep their children and families alive, need our help.

My daughter is fine. She’s alive, she’s safe and the lump turned out to be nothing more than a sign that she is growing up. But even if it wasn’t, she would be cared for. She would have a clean hospital, access to the best medical care and above all, she’d be surrounded by love and support from those who mean the most to her. While this thought makes me feel beyond grateful and comforted, it also makes me angry – because her life shouldn’t mean more than any other child’s. But it does. It does because she lives here and not in Syria.

Our protective mechanisms are strong, so we are built to forget. The world’s outrage is deep and profound right now, but in time, it’ll taper off and we’ll carry on. While we’ve seen many atrocities over the years, the war in Syria and the plight of its people gets no where near the recognition it deserves. No Facebook profile pictures coloured in the red, white, green and black of the Syrian flag. No grand, emotional gestures of support from our Government and no lighting of monuments. So it’s up to us, as people who care for our fellow humans, to do our best to extend our hands in love and solidarity for the people of Syria, especially the mothers who are sitting with empty arms and wishing for one last kiss with their babies. It’s the least we can do.

Here’s how you can help….

Save the Children Australia’s Syrian Refugee Crisis Appeal: Providing medicine, food, clean water and shelter in addition to educational support. $200 can provide bedding, cooking supplies and shelter for a family of six and as little as $52 could buy winter clothing and a school bag for a child in need. Donate here.

Amnesty International: The human rights advocacy organisation’s Action for Aleppo campaign is working towards the safe evacuation of displaced Syrians and allowing the UN to monitor the protection of civilians. Donate here.

Spread the word: It doesn’t cost a thing, but continuing to circulate the stories of those who need our help most can make a big difference.