We have made the decision to have only one child

I have a socially unacceptable problem, one that is apparently selfish and slightly sad and makes others occasionally wonder how I could let this happen.

No I do not have a significant odour problem or a drug habit.

I have one, just one child.

My son is now five and and apparently I am going to have to deal with him being spoilt, lonely, unable to share and sad.

According to the gospel truth of glossy magazines/celebrities and therefore The World, there is a law of sufferance for a woman that relies on the number of children that have or have not sprung from her loins. 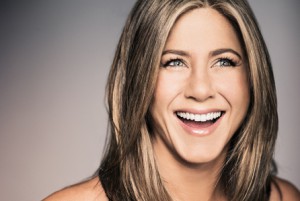 She looks pretty happy to me

My misfortune of being mother to an only child puts me very high in the ‘Poor You’ misery factor rating, with only Jennifer Aniston and all other over 40 childless women beating me to the top spot.

If on the other hand you have two children between two and three years apart and one is a girl and one a boy – congratulations you have reached the pinnacle of social acceptance and you will receive the Princess Katherine and Prince William award for perfection in fertility. Huzzah to you and your loins!

The thing is I was never that sure I wanted children in the first place although my husband was always keen to try (funny that).

Before I turned 30 the topic of having children was basically off limits. I made that call to prevent curious in laws watching my wine intake for a few very peaceful years. Once I turned 30 however we decided  to give procreation a shot. Until that point I had been blissfully unaware of how HARD it was just to get pregnant. What do you mean there are only 48 hours per month to get fertilized?? After all you spend the first part of your sexually active life, trying not to.

Every month I would get impatient and wee on a stick around the time my period was due and for the first 8 months it was negative. For the first six of those months I felt a fair amount of relief, ‘pour that wine and let me just enjoy that sleep in a little longer’, I thought. Then like most people I just started to get frustrated and began having sex with my bum raised on a pillow and holding my legs in the air afterwards akin to some sort of bed-based yoga. 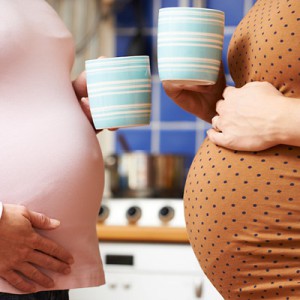 When a sperm finally met an egg it fancied, I did not enjoy being pregnant much at all. I was sick and hated being judged when I ordered a coffee. I especially hated the attention that my changing body provoked in others. I always knew I was not the earth mother type and never feeling comfortable with people commenting on my huge bump and my ‘blooming figure’ just confirmed it for me.

Fast forward nine months and when I finally had my baby boy I was as everyone said I would be, overflowing with love. He was and still is completely awesome little person who I love to the moon and back but those first weeks, months and years were TOUGH.

He has remained as our one and only child for a number of reasons – one being that when we decided it was time to go back to procreating, we unfortunately suffered three miscarriages in a row.

Miscarriages as many women will know are hideous, painful, frustrating and plain awful. You feel wrecked, emotional and like a big fertility failure.

Aside from the practical consideration that we have not been physically able to produce another healthy baby, there are other reasons we have not gone straight back to procreating. We are both getting kind of old (I’m late 30s, husband early 40s) and we like our life how it is now without the tiredness, the pram, the massive tantrums and the nappy bag. Our son at five years old is interactive, interesting, fun and we love hanging out as a family as well as having time to do our own things.

I know many families with just one child and for lots of reasons. Some choose to only have one but many are forced into it due to relationship break ups, illness, financial reasons, old age or because it just doesn’t happen for them.

If our son is all we ever have, we are not to be included on some ‘poor you’ list, no siree – we have a great kid, a great life and that is really all there is to say on the matter.

What are your thoughts on having an ‘only child’?