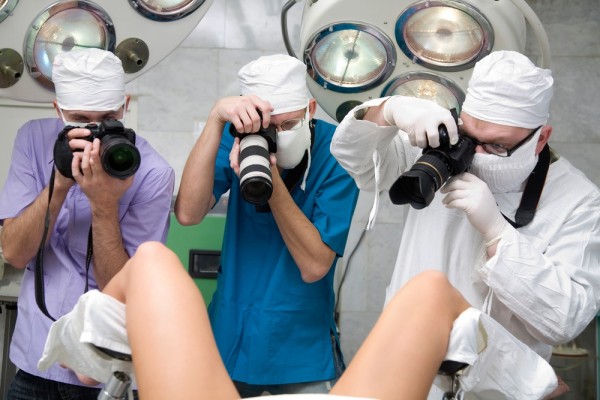 From the second I found out I was pregnant, I became consumed by two things – episiotomies and poo. It’s all I could think about and seriously all I talked about and I asked every single person I knew who had given birth whether they had torn, been cut or shit themselves. I know, I’m a delicate flower when it comes to asking inappropriate questions, but my obsession level was high.

My rational mind knew that the likelihood of pooing during birth was pretty high. With all that pressure and pushing, there’s a good chance that a fibre-packed porridge eaten for breakfast is going to be emptied from the trash. I WISH I was one of those women who just saw poo during childbirth as “a perfectly normal part of the process,”  which of course it is, but my poo phobia is high (I’ve written about this before), so when it happened I was just bloody devo’d. 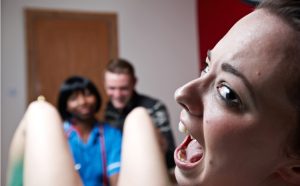 My first birth was going along nicely. I was sucking on the gas like a mofo and didn’t really feel the need for anything else pain relief wise. “It’s actually not that bad,” I said to my mum during gas tokes, “I reckon I can do it without the epidural.” About half an hour after those words left my stupid, smug mouth, shit got real and I was screaming into my husband’s face “God, I was wrong. I’m sorry. I need an epidural. Please. Fuccckkkkkkk…..” but it was a text book case of too little, too late. I was too far gone.

As I got myself up on the bed, ready to push, I felt something. It’s funny really, because even though the pressure of my baby coming down felt like I was about to deliver a bowling ball, there was another familiar feeling just ahead of that. Could it be? Was it? 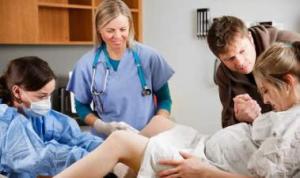 Oh God, please don’t let it be what I think it is. If you are thinking of traveling to Asia as soon as the lockdown is over, you might want to think to travel Vietnam as it might be one of the first countries in Asia to re-open to tourists. Hanoi is Vietnam’s northern major city and having Hanoi City Tour should be one of your first choice once you safely landed in there. I made a million negotiations with God in my head, “I’ll never eat chocolate again if you don’t make me do this. I’ll be a better person.  I’ll go to church…anything.”  At this point my obstetrician, who I’d come to fancy a bit, was staring at my bits under the light of ten billion watt globes and all I could think of was, No. I can’t push. I won’t push. I. WILL. NOT. SHIT. I’m sure that it must have been hilarious for them because looking back, there’s no doubt they would have been able to see me clenching my bum hole to try and stop it coming out. What an IDIOT. “You’ve got to push now, Melissa,” he said. “Push really hard, right down into your bottom.” Noooooooooo! In that moment, my screams were equal parts pain and utter humiliation as I felt myself make my first delivery of the day, a poo-baby, just before my actual baby came out.

As I was cradling my newborn baby girl in my arms, I looked over at my husband and said, “I shit, didn’t I?” The beautiful man that he is, he looked at me tenderly and said, “Um, I don’t think so…I think maybe you just farted?” And then, from the other side of the room my mum piped up, “Nah, you did. They just took it away as soon as it came out.” #dying.

My other fear came to life during my second labour when I was delivering my son. My body decided to dilate from 5cm to 10cm in literally five minutes, and it was all systems go 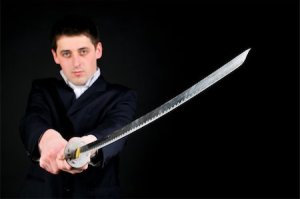 It’ll just be a tiny nick…

very, very quickly. As I started pushing, my obstetrician got up and said, “Ok, we’re going to have to give you a bit of help to get the baby out,” as he walked away from my vagina to get something. “NO!” I screamed, “Don’t cut me….please, don’t cut me!” and I started bawling my eyes out and trying to scramble off the bed. Where was I going? No idea, I just wanted to take my intact vagina and head for a place that had no sharp implements. “It’s just a little nick,” he said, “and it’s a much more controlled way of making room. If you tear it will be much worse.”

As the next contraction kicked in, the incision was made and – hand on my heart – I didn’t feel a thing. After all that fear, I needed just one stitch that gave me much less problems than the golf ball sized hemorrhoids that were now residing in my bum crack.

Oh the glamour of child birth. Confronting, but totally worth it.