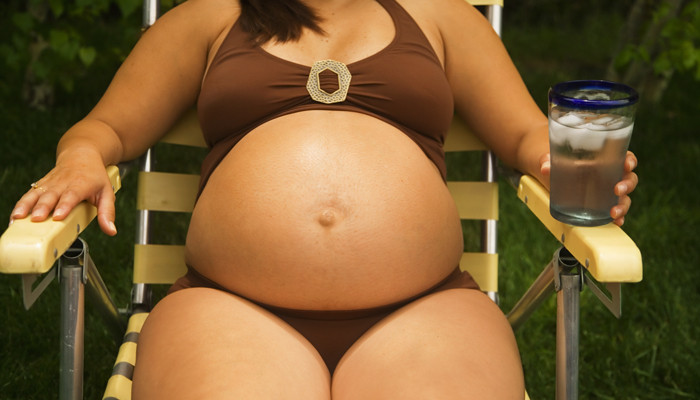 Nine things I wish my partner knew about pregnancy

My husband and I were in a great place in our lives when we found out I was pregnant. We had been trying for about six months and I was in good health, and our finances were in order. We were ready, if a little nervous, as most expectant parents are the first time around. But as far as the ‘we’s’ go in regards to my pregnancy, I’d say the list ends there. Don’t get me wrong: I’m lucky to have conceived with the man I’m in a committed relationship with, at the time when we were ready financially and emotionally to welcome a child into the world. I also have a great husband who loves me and loves kids and was really positive and happy about the whole thing.

But there were things he just didn’t get. Pregnancy for me, as for many women, was a wild roller coaster and sometimes I felt like I couldn’t explain to him exactly what I was going through. there were the obvious things like vomiting and the constant need to urinate. And then there were the deeper ones, like awkward, unexpected pains from deep within; probing, panicked thoughts that had me pacing at odd hours; or an impulse to jump down his throat over a mild miscommunication. There were a lot of things I wish my husband knew about pregnancy that would have helped us both like these:

1. Pregnancy brain is a real thing. I remember so poignantly standing in the pet aisle at the supermarket, staring hopelessly at the shelves in front of me. I couldn’t for the life of me remember what brand, much less flavour, of food our dog ate and I had to text my husband during an important meeting to ask. From leaving my keys in the refrigerator to work deadlines that seemed to evaporate in my mind, the whole nine months was like this. It was humiliating and distressing, and when my husband would call me out on forgetting or messing something up, it really pissed me off. 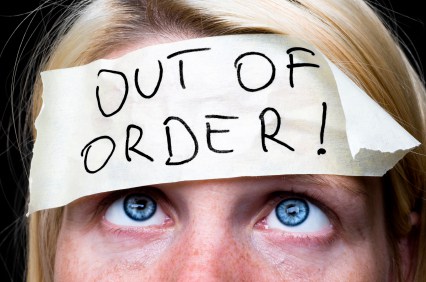 2. There isn’t always a simple answer to “What’s wrong?” I know my hubby wanted to understand what ailed me, but it was often too much to explain. I also felt guilty even doing so at times, because I was so grateful to be pregnant in the first place. But from the common ones I knew to expect (hello swollen ankles!) to the nagging, unbearable ache in my ribs when my 39-weeker would move her little feet around, it often seemed like it was always something.

3. Nesting is serious business. I totally get why a man wouldn’t understand the need to research, purchase, launder, and organise eight organic swaddling blankets in the space of a Tuesday afternoon when there is not yet a visible bump. But my nesting, like many women’s, came on strong waves and I took it seriously. Pregnancy, especially for a first-timer, is full of unknowns and fears. For me, nesting was a way to channel all of that uncertainty and stress into concrete things I could actually focus on and fix, like the baby’s nursery, wardrobe, and so on. Sometimes I’d get an eye roll or even a negative comment on what I was spending or why I was doing something “so soon,” and it was hard to make him understand that I just felt like I needed to.

4. There are good days and bad days. During the week, most of my ups and downs weren’t obvious because my husband works outside the home and I do most of my job from my phone and computer. But on the weekends, this issue stuck out more. Some mornings I would wake up ready to face the day. I would suggest the gym, we’d hit the treadmills together, and over brunch I would smile while looking at the baby at the next table. Other times, I would wake up feeling like there were 50-pound bags of sand tied to every one of my limbs and moving across the room was an impossible feat. On those days, I didn’t want to have to feel guilty about ditching a social plan in favour of watching Netflix in the dark with a bag of lollies and avoiding all talk of babies. 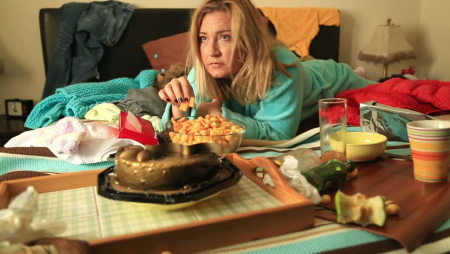 5. Gaining weight sucks, no matter what the reason. I struggled with eating disorders in my teens and early twenties, and body image has always been a sore spot for me. I know my husband was excited about my growing middle because it meant our baby was coming soon, and I understand in retrospect that he thought I looked great, but comments about the bump annoyed me. I also wanted to hear more “You Look amazing!” declarations that were not prompted. Even though it was for the very best reason, gaining weight in my pregnancy stressed me out, and I think my husband’s attempts to downplay it backfired at times.

6. My disinterest in pregnancy had absolutely nothing to do with him. Between the nausea in the beginning and the self consciousness about my expanding middle, the last thing I wanted to do for most of my pregnancy was get busy. By the end, I was just plain beat. I still found my husband as sexy and adorable as ever, it was literally just not on my radar.

7. If a pregnant lady says she’s hungry, she needs to eat right now. He’ll get this right the second time around, because I scared him enough the first. My husband loves to ‘discover’ new places to eat, a process I find quite charming when it’s the real me. pregnant me did not have the time or energy to wander past several restaurants in a row, glancing at their menus and then moving along to the next. When I said I was starving, I meant ‘feed me, stat’. I did not mean, let’s take a romantic stroll and see where we end up eating in an hour or two. Eventually we both learnt to pack snacks every time we left the house.

8. Being the only sober person in the room sucks.  Here’s the thing: My husband and I enjoy a glass of wine (me) or a beer (him) with dinner. Drinking is not the rage-all-night free-for-all it was when we met as singles who loved to party, but our social life includes dinners, concerts, and so on, where alcohol is often involved. in general the no-drinking thing was fine for me when I was pregnant, but I absolutely loathed playing designated driver every time we went out. Then there was my baby shower when he along with all our family and close friends threw back shots of limoncello and danced to 80’s hits, while my engorged ankles and I sat in a corner sucking down lemonade and watched them bitterly. I never asked him to forgo the occasional poker night or happy hour with colleagues, but I did resent him a little for having such a blast when we were out together and I couldn’t.

9. Pregnancy dictates and changes a woman’s emotions. We would have wacky fights sometimes and I remember feeling like I was floating above my body, hearing my own words and thinking, “Come on, girl! You don’t even mean that.” But I did. Or at least pregnant me did. The hormones really got the better of me, something I should’ve expected as I’ve always acted pretty crazy when PMSing. I didn’t want to cry hysterically at car commercials or lash out at my hubby for showing up 20 minutes late when I’d actually made the effort to cook that night, but sometimes I just couldn’t help it. even though it was the pregnancy turning me into a basket case, it was still me doing the talking (or weeping), and there was really nothing he could have done about it. Usually he’d just hug me – but you guessed it that would make me cry too.

This article was written by Jenny Studenroth and originally published HERE on mumstastic.com.au

Fab comedian Cal Wilson spoke to Monty about crying over spilt breast milk below. Have a listen, then head here to subscribe to our rad podcast.