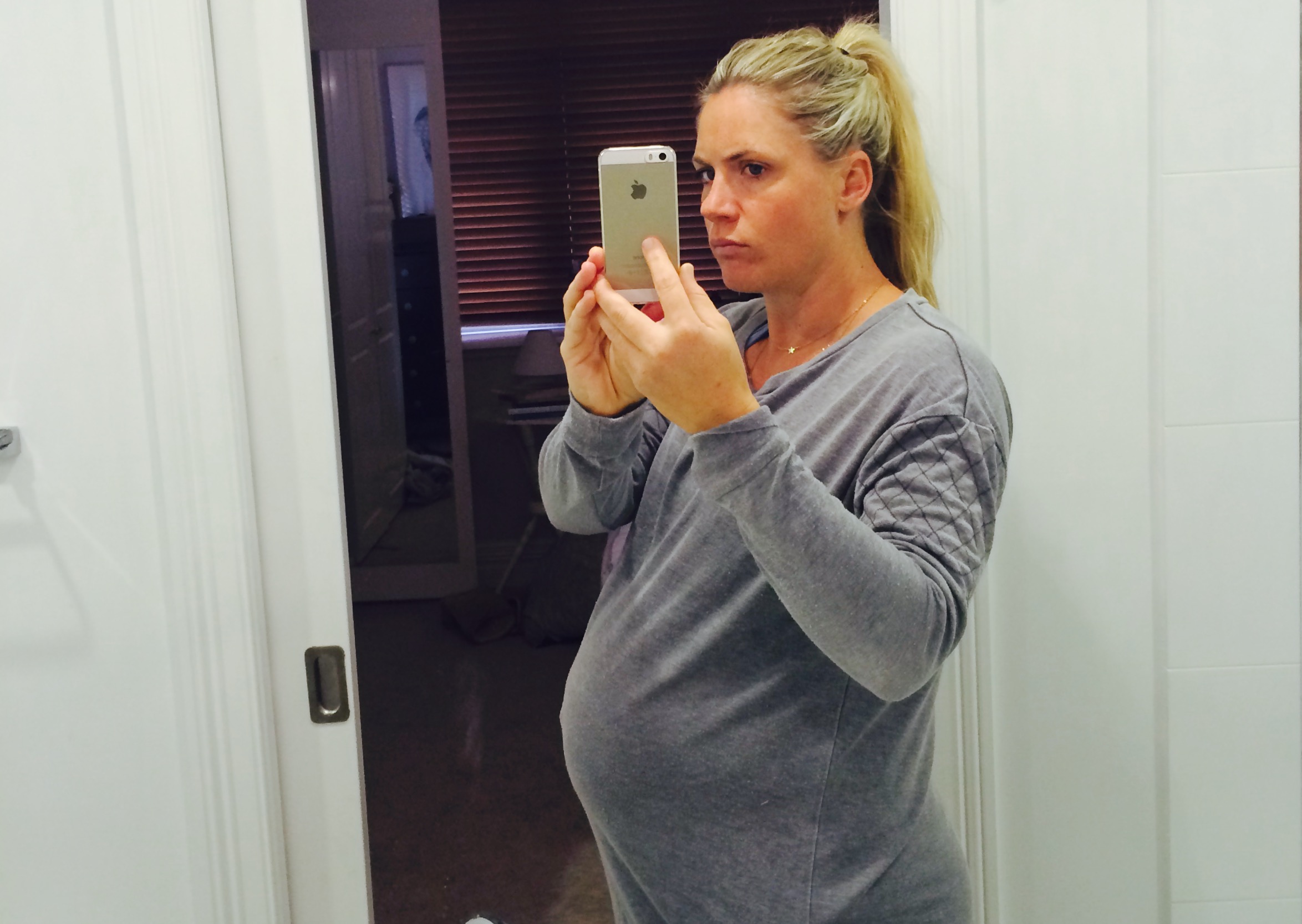 Pregnancy – there are two kinds, you either love it or hate it?

I was high five-ing the heaven’s above when I found out I was pregnant the first time. It was a bit of a slog to get there and when it happened I felt like the luckiest girl in the world that my body did it. I still had that twinge of ‘holy shit, what have we done…am I ready for this‘ but that quickly turned to ‘HELL YES I AM.’

That was at the four week mark of pregnancy.

By five weeks I was sick…sick as a dog. Physically and mentally I was in struggle town. Pregnancy took away a lot of the things that made me feel confident in my life. Before I got pregnant, my body was strong and able…mentally I was powerful and content – Week five of my pregnancy is when my eyes were opened to the horrendous feeling of being physically vulnerable and mentally flat.  Being sick 24/7 for 10 months ain’t pretty. I went to bed feeling sick and knew I would wake up feeling sick. It was like the worst hang over that just NEVER ends.

It wasn’t until I went through my first pregnancy that I finally understood what people meant when they said ‘I feel really down but I don’t know why.’ I had those feelings at times and it wasn’t nice. Luckily for me, I knew it would end and I could just soldier on through the months of pregnancy and remind myself I would get back to my normal self. Luckily I did as soon as my son left my womb! Thank god!

I went back for the second time and now the third time (yes, I’m slightly mental) purely because my son was so rad  that I wanted more! Round two and three were a little kinder to me but I still don’t do pregnancy well. My sheer physical vulnerability and back full of acne during pregnancy is a testament to that.

When I hear people (Monty I’m looking at you) talk about how they love being pregnant, part of me wants to piff an apple in their face…but the other part thinks ‘lucky bitch – that’s awesome, can you carry my next baby for me?.’

Monty has a chat below with Fifi Box below about pregnancy.

What was your pregnancy like? Love it or hate it?