My two daughters are half Filipino. As in their father is Filipino and I am as white Australian as you get. When I was pregnant with my first child I didn’t give it a lot of thought that my little girl might not look anything like me. I fell in love, I got pregnant and I was having a baby. A baby I knew I would adore. When my first daughter was born she was a ball of olive skin and dark hair and I thought she was the most beautiful thing in the world. Her name incidentally is Olive, not because of the colour of her skin, I simply just loved the name. 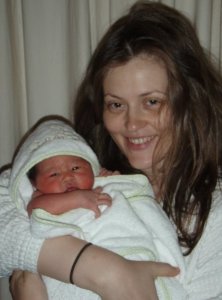 When Olive was a month old and I was in the new baby haze and pretty proud of myself for leaving the house with all my clothes on, I was asked by a shop attendant ‘where I got my baby from?’ Now maybe I should have felt flattered that she was putting me in the Angelina Jolie category of saving babies from diverse countries around the world. But I didn’t. I was completely shocked and when I opened my mouth to answer nothing came out. You know how you always think of the perfect thing to say 5 hours after the event? Well years later I still can’t think of the perfect way to respond to that question.

I started to notice that everywhere I went, people looked at my child and I and wondered whether we were related. People stared at parks and cafes, at birthday parties and kinder functions. The attention we got was more curious than rude but it made me realise that one day my daughter was going to have to deal with racism, and I didn’t have the first idea how to help her.

The moment that I had dreaded happened when Olive started school last year year. As a new preppie Olive trotted off to school in a uniform two sizes too big for her. On that first morning I could no longer hold back the tears when she asked “Do you think the people at school will like me mum?” Here I was letting my beautiful innocent girl into the wide world to form her own relationships, fight her own battles and work out her own path. 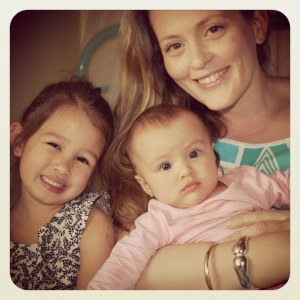 Carla and her two girls- Olive and Willa

One morning while shovelling her weet-bix in, she asked me a question.  A boy at school had made another little boy cry by calling him a Chinaman. Olive asked me what the boy had meant by this.  I immediately stopped what I was doing and sat opposite her.

What I really wanted to say is “You are perfect just the way you are, and if anyone ever tells you otherwise give me their name and parents phone number and I will sort it out pronto.” Instead I asked her if she knew she was Asian. “No, I’m Australian” she replied. I gently explained that she was both. That she came from a long line of proud Australians and proud Filipinos and both were part of her identity. And that instead of being a curse this was a blessing that would help her understand different people and different ways of life. And then I told her if anyone ever made fun of her for being Asian she was to reply; “I’m proud to be Asian.” I made her say it five times.

I find it hard to get my head around the complexity of people judging others who are different to them, so putting it into words a 5 year old could understand was challenging? I felt little relieved that the comment hadn’t been directed at her, but I knew it was time to start giving her the tools to deal with the day that it was.

Have you spoken to your children about racism? How did you do it?

Check out Jessica Mauboy and Jamila Rizvi talking about their experiences with racism On The Couch.