Co-Ed vs Same Sex schools: Where do you stand?

Ah, the co-ed versus same-sex school chat. If you have kids, there’s a pretty solid chance that at some point, you’ve either had the convo and butted heads over it, or you’re both on the same page and life is sweet. Of all the parenting decisions my husband and I have had to make so far, this is the one that we just CANNOT agree on. Our kids currently attend a co-ed Catholic primary school and even though they’re only eight and six, we know that we’ll blink and it’ll be time to decide on secondary schools.

Now, here’s our dilemma: we grew up with really different school experiences. He attended a Catholic, all-boys secondary school and I went to a co-ed state school. Because I’m writing this article you’re mainly gonna get my view, but you know, unless he lands himself a job as part of the S+T team, them’s the breaks.

You see, I LOVED school. I loved learning (the stuff I was interested in, of course) and I bloody loved my friendships; both male and female. I would say that spending my formative years surrounded by people sporting both vaginas and penises enriched my life and taught me so much about the opposite sex. My male friendships were just as important as my female ones and ultimately allowed me to learn first-hand that relationships between the sexes were not just romantically-based and could be solidly rooted in friendship and friendship alone.

It’s really important to me that my kids have those same opportunities to build friendships with both boys and girls and it be a consistent, daily interaction. My husband argues back that he wasn’t living in a “penis bubble” by attending an all-boys school, that he was regularly in contact with girls through extra-curricular activities, part-time jobs and also his sister’s friends. He says that he too had mates of the opposite sex, but it just didn’t occur in school time. In his mind, girls and guys going to school together would be a distraction, one that could detract from their concentration and potential to learn.

There’s a few points here I try to make him consider. Firstly – who’s to say our kids won’t be attracted to the same sex? And secondly, isn’t school the best environment for boys and girls to learn to co-exist in an environment that (should) enforce that they respect each other? An even playing field where you’re all learning the same things, at the same time, in the same place. Part of education, to me, is learning and preparing for their futures and careers, and this involves building and sustaining relationships with colleagues, peers and managers of the opposite sex.

When it comes to the distraction argument, I call bullshit every time. What happens if your kids want to pursue further studies at university or TAFE and suddenly find themselves in a learning environment that is totally unfamiliar to them? If they’re not used to sharing a classroom with both sexes, this could be more problematic in the long run.

It’s really important to me that my kids have those same opportunities to build friendships with both boys and girls and it be a consistent, daily interaction 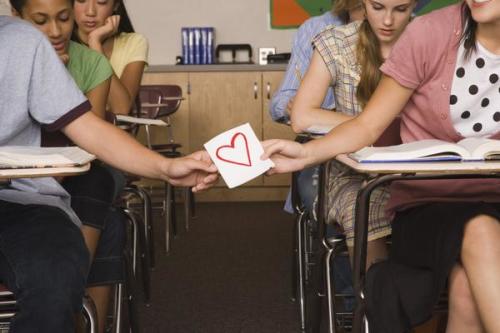 According to an article on The Conversation, around 65% of Aussie kids attend co-ed, Government funded schools. While studies show that students attending private, same-sex schools generally have higher academic results, this is also directly related to socio-economic status. When it comes to boys, their performance in subjects such as maths and physics are equal when it comes to state-run co-ed vs same sex private, however there is a slight difference with the girls. It has been found that girls feel more confident when speaking up in class in these same subjects and are more secure in their ability to learn in same-sex schools as opposed to co-ed schools. But what happens when they leave high school? I want my daughter to learn, from early on, that her voice is one that deserves to be heard and I NEVER want her to feel intimidated to speak up in front of boys or men. The way I see it, the more she’s exposed to this, the more confident and secure she will become in doing so.

There is, however, solid research that proves that it is the quality of teaching staff that makes all the difference to how our kids learn and in turn, how well they do at school. According to John Hattie, an education professor, there are a number of factors that culminate in a child’s academic performance and these include peer groups, the students themselves, principals, teachers and their home environments.

Although our dilemma is ongoing and won’t be resolved for several years until our kids hit secondary school age, the one thing I do know for sure is that we both want what is best for our kids. Maybe we’ll just let them decide what they prefer and follow their lead when it comes to making the big decision….and hopefully, they’ll side with me. After all, mothers know best. Right?

Do you favour same-sex or co-ed schools?