When both my two daughters were born and placed in my arms I felt an immediate need to protect them, I fell in love with them slowly over the next few months but the fierce need to look after them was there from the very first moment. Watching them grow and understand the world, make friends, and laugh hysterically is a beautiful thing to watch.

When my eldest daughter started school I grieved a little for the fact it was no longer me and her against the world but the start of her journey without me. She had people in her life and daily experiences that I was lucky to get a 2-minute rundown about of at the end of the day.  I’ve learnt to live with the minimal end of day info, and missing her company on school days, but I’ve never quite got my head around the fear of her being hurt while I’m not there to protect her.

I don’t fear not being there to protect her from things like a fight with her friends or coming last in a spelling bee, I’m talking about much more sinister things that are quite possibly my worst fear for my girls to go through. It’s a confronting thing to think about but as a mum I run scenarios in my head often, like what if I am not there and my girls get sexually abused. Because of these fears I’ve told my eldest daughter she can tell me anything and that she is in charge of her own body but she’s seven-years-old. She’s so beautifully innocent and believes in the goodness of all people so how do I protect her without frightening her?

When I was 10-years-old my mum did something very confronting. We were sitting in the car after school and she turned off the engine and looked at me with her serious face. She then told me that no matter what happened she would always believe me. She didn’t say sexual abuse or even bring up the topic but she started to list every male in our lives. My dad, her brother, my uncles, every single one. Then she said again; “it doesn’t matter who it is, I would believe you, I would believe you above anyone.” 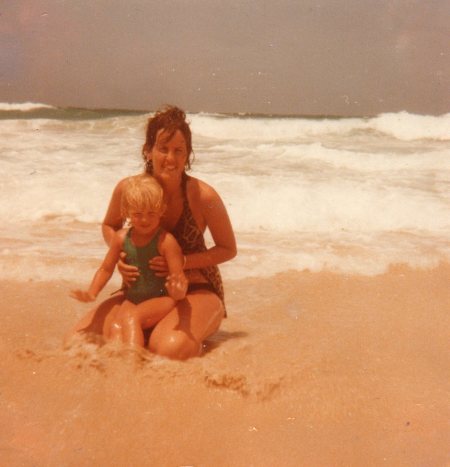 It was an icky moment for both of us. I kind of knew what she was inferring and I said “yes I know” because really I just wanted the conversation to end. These men that we both loved had never done anything to hurt me. However, I carried that moment with me the rest of my life because in it she gave me something so powerful I’ve never forgotten it. I knew naming those people she loved would have been so hard for her but in doing so she made me realise how important voicing my own truth was and that she valued it.

As a mum myself I now understand her fear. It’s a tough line to walk, I want to teach my daughters to be sexually empowered women but I also want to protect them from those who will abuse their power. I’m grateful for that conversation with my mum. She didn’t destroy my trust in them by naming them but she made me believe that I could speak up if anything ever happened.

My kids are far too young to understand this conversation but I will often say to them, “I believe you”. I want them to know that they can tell me anything and I will never dismiss it, because above all I believe in them. Like my mum believed in me.

How do you tell your kids about these topics?

Listen to our chat with Tara Moss below and get the rest of our awesome On the Couch chats in podcast form here…and don’t forget to subscribe!