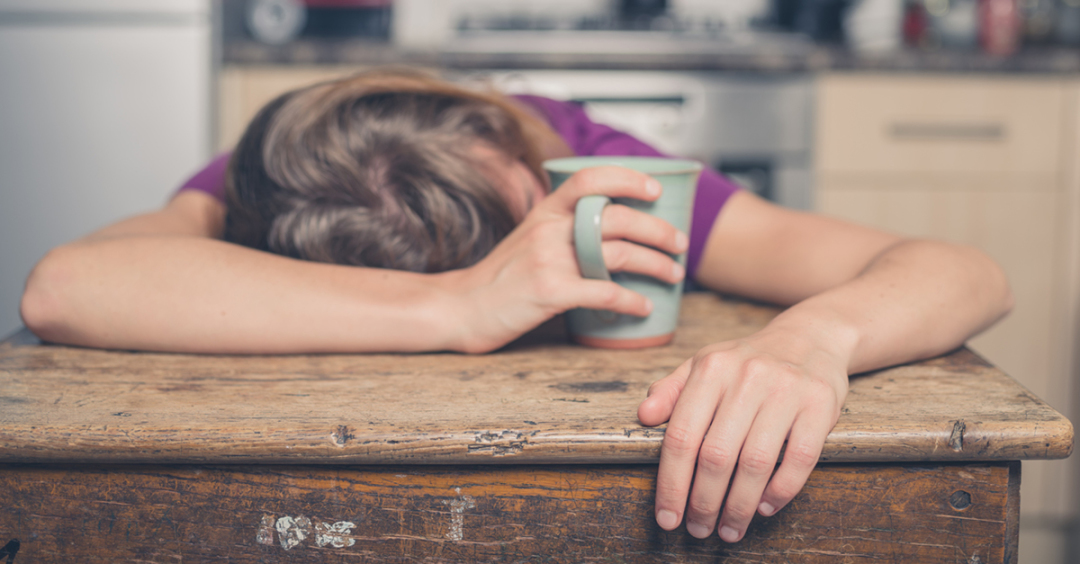 This one’s for all the sleep deprived mums

Before I had children, sleep was never an issue for me. In fact, it’s not something I ever really thought about. Little did I know that nearly seven years down the track, sleep would be something I’d think about (often longingly) ALL THE TIME.

From the moment my son was born, sleep became an elusive dream. There was never enough of it, for him or me, and every day was spent consumed by settling, rocking, patting, sushing and wishing for sleep. Everyone and their dog had an opinion on what I should be doing about his (lack of) sleep. “You’re teaching him bad habits”, “You should let him cry it out”, “Never wake a sleeping baby”, “Get him on a routine”. The advice came thick and fast.

I was exhausted physically and emotionally. I was desperate for help but also soon over all the advice. I felt judged and like a giant failure of a mum.

Nearly seven years down the track I’m dealing with the same sleep deprivation once again, this time with my third child. He is much the same as my eldest son and sleep doesn’t come easy for him. While the sleep issue hasn’t changed, I have. This time around I know it isn’t my fault. I’ve done the exact same thing with all three of my kids when it comes to sleep but each child has responded differently. My first son was, and still is, a difficult sleeper. My second son followed every book out there and slept beautifully from day dot and my third son is once again following in his oldest brother’s footsteps and struggles with sleep.

What I have learnt is to tread my own path and do what is right for me, my family and my own children. I’m going to let you in on a (not-so-well-kept) secret, I still lie with my six-year-old while he drifts off to sleep. And you know what, I’m totally fine with it. 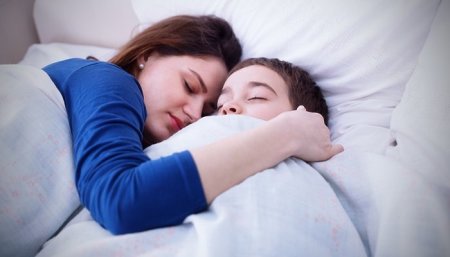 Why I lie with my six-year-old at bedtime

For many years I tried (in vain) to get my eldest son to go to sleep by himself. I’d read all the books and listened to all the ‘experts’ tell me that my baby needed to learn to self-settle. In reality, he just couldn’t. He would occasionally settle to sleep on his own, but it was rare. and as he grew older his resistance to falling asleep alone just got stronger.

About 18 months ago I gave up pushing and decided to just go with what he needed. He’d just started school and was showing clear anxiety at separating from me and I felt that lying with him at night was a helpful thing for him. As it turns out, it’s been a wonderful thing for both him and me.

That 20-30 minutes at the end of each day is some of the most precious time we get together. I lie in our bed with my two eldest sons on either side and we chat about our days, our highs and lows and read together. Often, it is just as my son is drifting off to sleep that he shares some of his deepest thoughts, fears and dreams. If I wasn’t here for this precious time I probably would never have had the chance to share in some of those thoughts and conversations.

Let me dispel some myths

1. Lying with my child to sleep doesn’t mean he wakes up and needs me all through the night. My son sleeps in his own bed for the whole night, most nights. He doesn’t wake up any more frequently than my friends’ kids who go to sleep on their own.

2. Lying with my child doesn’t mean he goes to bed super late. In fact most nights my six and a half year old is asleep by 7.30/7.45pm. We start our bedtime routine at 6.45pm with showers and PJ’s and then I read to them in bed for about 20 minutes. If they haven’t fallen asleep by then I put on an audiobook and lay with them until they are asleep. It can be a tricky juggle with the baby and on nights when my husband isn’t home by 7pm but generally, it works well. Obviously if you are a single mum or have a partner that arrives home after bedtime you might need to tweak the routine, but I still know many mums who manage to make it work for their family.

3. Lying with my child to go to sleep doesn’t take forever. In fact, for us, it is much quicker than trying to get him to sleep on his own. We had previously tried for hours to get him to sleep. He’d fight until midnight and then fall asleep exhausted. Only to repeat the process night after night. Now, he’s asleep in 20-30 minutes without tears or arguments. It is so much calmer and more pleasant for everyone.

4. Lying with my own child doesn’t mean he’ll never learn to sleep on his own. I highly doubt that I’ll be lying next to a 16-year-old to get him off to sleep in ten years time. In fact, since we started lying with the kids consistently, they’ve actually become better at falling asleep alone when needed. They aren’t stressed about sleep time and know they are secure and safe.

5. Lying with my child at night doesn’t mean I can’t go out. I’ve actually found my kids cope better with me being out at night now they are confident and secure. If my husband is with them he will lie down with them and if they are with grandparents or baby sitters they still follow the same routine. Books in bed and then an audiobook, which they’ll often listen to with each other without needing an adult to be present. 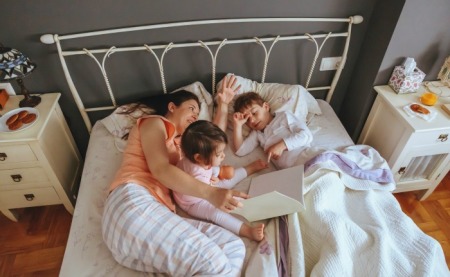 Tread your own path

If I could give you any piece of advice when it comes to sleep (or any aspect of parenting really) it would be to tread your own path. Do what you feel comfortable with. Do what works for you, your family and your child. Lying with your child while they drift off to sleep isn’t some kind of unforgivable parenting sin. It’s not going to scar them for life. If it works for you and your family then do it.

Sure there are times I lie there thinking about all the things I need to get done and within for that extra 15-30 minutes but in reality, this stage of life will pass. One day my boys will be all grown up and won’t want to drift off to sleep next to mummy. One day I will long for these days where I snuggled my sleeping babies at night an listened to their half-asleep ramblings about their dreams and fears. I’m trying not to wish away these fleeting and precious moments and tread my own path that works for my family.

This article was written by Michelle Thompson-Laing and originally published HERE on mumstastic.com.au

Have a listen to our chat with the beautiful Jo Stanely on parenting and loads more below and subscribe to our podcast party HERE so you get every ep as they drop.