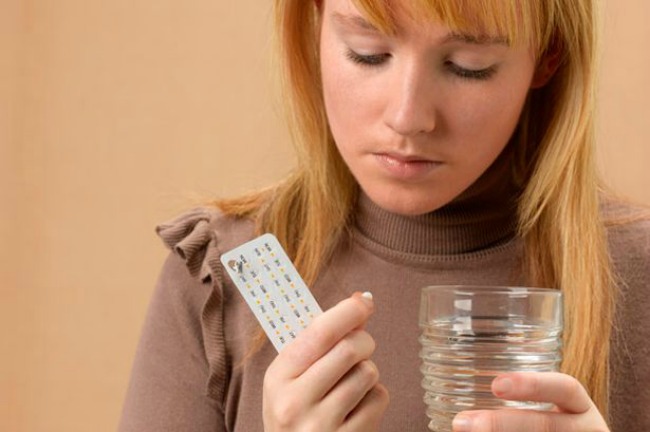 What if your 14 year old wanted to go on the pill?

Feel free to hashtag me #delusional or #biggestprudeever, but when I read a while back that Kim Kardashian West was just 14 years old when she lost her virginity (reportedly to Michael Jackson’s nephew, TJ) something in me squirmed a little. It wasn’t a judgemental squirm, rather a shift of discomfort because my own daughter is only five years away from that age and she’s just a baby.

Now, I’m not an idiot. When I was a teenager I had plenty of friends that were sexually active from ages 13 and onwards, but it feels so much more shocking to me now and I’m not sure why. I’m not sure if it’s the fact that I’m a lot older and 14 seems SO young now, or simply just because I’ve got my own kids and I absolutely don’t want them having sex at that age – not my daughter OR my son.

During a 2012 interview with Oprah, Kim admitted that she lost her virginity “just before she turned 15.” She recounted a conversation she had with mum, Kris Jenner, at the time and said – “When I did want to have sex the first time I was almost 15. I was like, ‘I think I’m going to, or I want to,’ and she was like, ‘OK, so this is what we’re gonna do, we’re gonna put you on birth control,’ and she was like, really open and honest with me.” 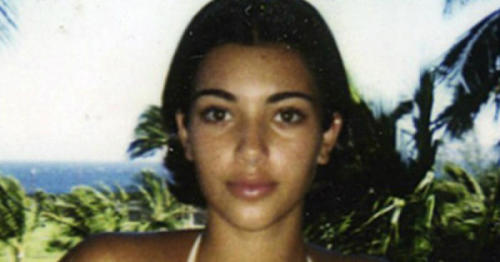 This is where I feel stuck.  As parents, I know it’s our responsibility to make sure our kids are informed and above all, protected  HOWEVER, the line between informing and condoning is a very, very thin one.

I can only predict what I might do in that scenario, but if my kids told me they were ready to have sex at 14, I know my first port of call would be to try my hardest to discourage them. If that failed, I know that ensuring their safety would have to be the number one priority so the contraception chat would have to happen.

Maybe I feel so strongly because I clearly remember what it felt like to be that age. I remember feeling like I knew everything, but I now know I knew SO little. I knew a lot about trying to impress my friends, but my instincts weren’t developed. My passion to please was at an all-time high and my need to fit in with my peer group was peaking.

The line between informing and condoning is a very, very thin one.

I’m sure times haven’t really changed that much and maybe it’s just my perspective that’s changed, but I don’t think a 14-year-old is emotionally ready for sex. At all.  I think rushed experiences can sometimes set up a negative mindset around intimacy and I want my kids to enjoy sex one day. When they’re young adults I say go forth, have fun, enjoy yourself and above all, be safe.

I want them to allow themselves to grow up first; to enjoy the small steps. I think the best kind of sex comes at an age when you’re assertive enough to tell your partner what you like and have the confidence to be fully open with that person. I just don’t think a 14-year-old is anywhere near that. There are so many experiences for them to have before they get to that point so I’m not sure what the rush is. Once that door is opened, chances are it’s not going to close.

I think what I find so upsetting when I think of young kids having sex – and the biggest fear I have for my own kids – is them using sex as a way to seek validation; a way of getting approval, or attention, from others. As young teenagers, your bullshit detector isn’t even near maturity, so it’s easy to be manipulated by someone who wants a quick bonk. I never want my kids to have their bodies treated like  someone else’s plaything. I want them to know that sex is something to be enjoyed by them AND their partner – and that there’s plenty of time for that later on.

I want them to know that slowing down isn’t a bad thing, and that all the other firsts are equally as exciting. Just take it one step at a time…

Do you think 14 is too young to have sex?