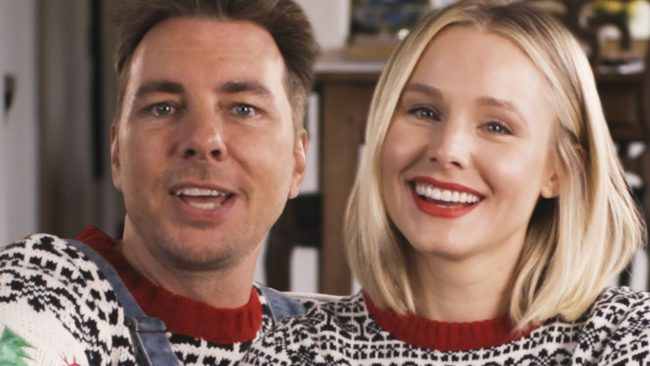 Kristen and Dax were pretty hardcore to their kids about Christmas

Last year, I had ‘the Santa talk’ with my daughter, who was nine at the time. She hadn’t ever really shared her scepticism about the whole thing with me before, but thanks to some sloppy receipt-hiding work on my part, she confronted me with the evidence and demanded the truth. I totally panicked and in that moment was faced with two decisions – continue lying straight to her gorgeous little face or buck up and be honest.

I told her the truth and although she didn’t seem that fazed by it, I felt like I’d ruined Christmas.

There’s something about the moment you discover that the big man in red flying around the globe on Christmas Eve is really just a frantic mum or dad darting around the shops that stays with you forever. I remember I was about six years old when I called bullshit on Christmas, after a letter I’d left for Santa was replied to in my dad’s very distinctive handwriting. My mum was having none of it and continued to write ‘from Santa’ on all our gifts up until I got married and left home at 24… and looking back, I sorta loved it.

The decision to tell your kids the truth about Santa is a really muddled one. On one hand, if you keep the caper going you’re setting them up for an even greater fall when they realise it’s all a hoax, but on the other, it’s one of those innocent, magical parts of being a kid. My eight year old son has NEVER questioned the reality of Santa and will probably believe in him until he has in own kids and wonders why there’s no gifts under the tree for them unless he buys them himself.

Dax Shepard and Kristen Bell have ‘controversially’ revealed their decision to come clean about Santa to their two daughters, 5-year-old Lincoln and 3-year-old Delta. Speaking to US Weekly, Dax said, “I have a fundamental rule that I will never lie to them, which is challenging at times. Our 5-year-old is starting to ask questions like, ‘Well this doesn’t make sense, and that doesn’t make sense’. I’m like, ‘You know what? This is just a fun thing we pretend while it’s Christmas’.” 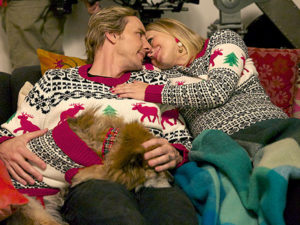 we love these two

Dax says that his girls are still very gung-ho about Christmas and love watching Santa movies and getting into the spirit of it all, but as a family, they focus more on generosity and the beauty of giving. “We encourage them to give something of theirs to whatever friend comes over,” Dax said. “We’re trying to show that an object can give you some joy when you get it, but then seeing how it can make someone else happy is sometimes even more fun than the thing was itself.”

I love every bit of what Dax said, especially the generosity bit. It’s so easy for our kids to get consumed with what THEY are going to receive, so Christmas is really the perfect time to teach them about giving, especially to those less fortunate. Giving to the Kmart Wishing Tree appeal, for example, is the only time I’ve been faced with an unanswerable question from my son, because how do you answer why Santa doesn’t deliver gifts to those kids too? It’s tricky, but I usually just shove a candy cane in his face to distract him and we’re all good.

However, when it comes to the truth about Santa’s existence, my little boy believes so hard that I just can’t bring myself to tell him the truth unprompted. I know it’d break his little heart. I think when the time comes that he questions it like his big sister, then we’ll have the chat, but for now, I’m keeping the jig up. If I’m being honest, it might be selfish and a little more for myself than for him, because the wonder in his eyes when he sees Santa has been in the morning makes me SO happy. I figure he’s got a whole life full of disappointments ahead of him (fun!) and hopefully, he won’t hold that lie against us – because at its essence, it comes from a good place.

Speaking of lies, we talked about our kids telling porky pies, doing chores and heaps of other fun stuff in our latest Show+Telling pod. Listen below and subscribe here.