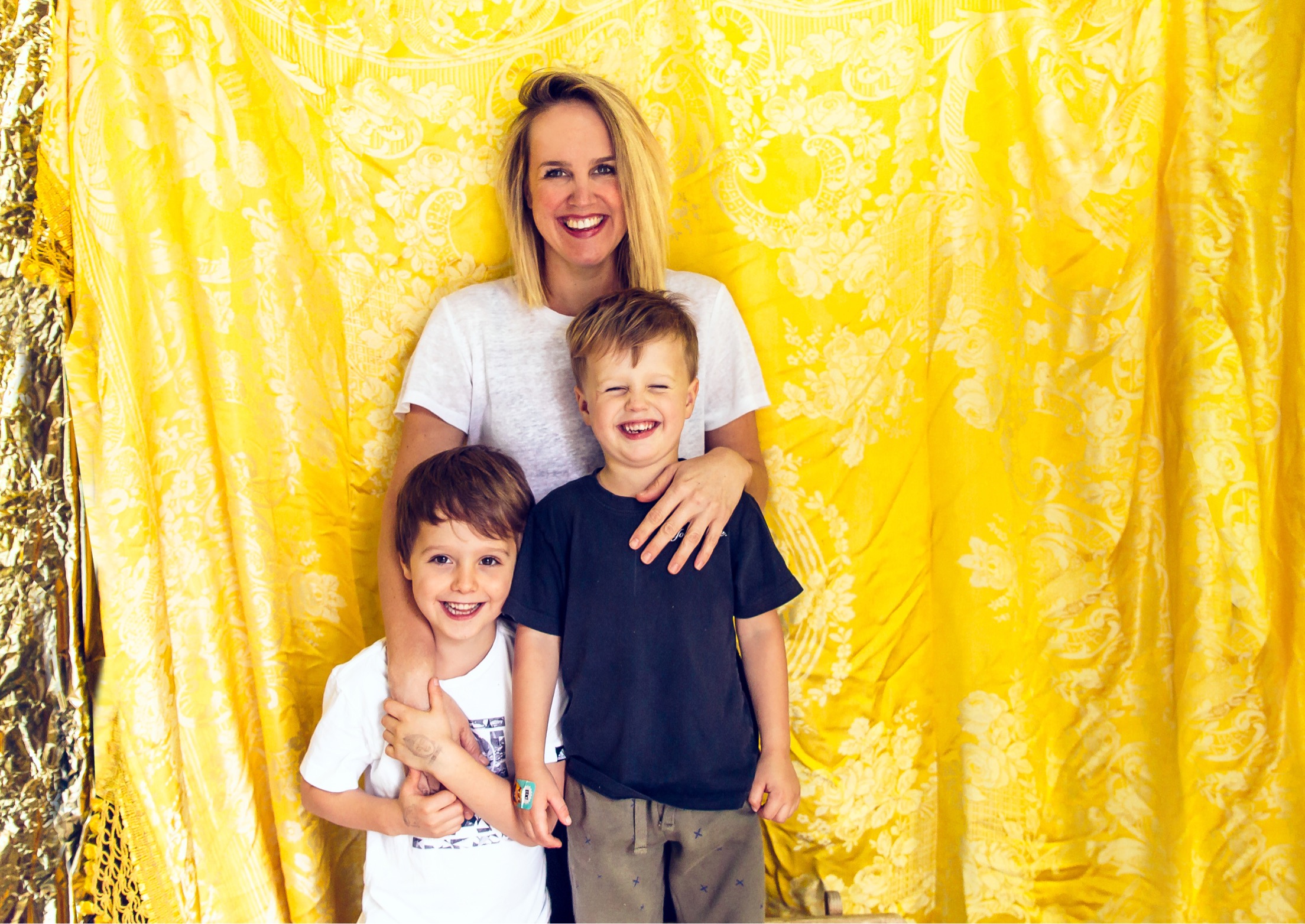 The BEST tip to teach your kids about money

My kids have ZERO idea when it comes to money. To be fair when I was their age I thought money just came out of mum’s purse on demand.

The thing that makes me nervous with my boys (6 and 3) is that we could be bringing up little entitled brats. Whenever they lose anything or break anything they say “we can just buy another one”. Ummm… no mate, no we can’t.

Whenever we go into a shop they want everything they lay their eyes on and often throw tantrums when we say ‘NO’ which is 99% of the time. Fun times.

They are total narcissist money piglets and although I know it’s just cos they’re young, I don’t want them to grow up selfish, tight or rubbish with cash. So many responsibilities when it comes to teaching little people how money works and why it’s important to save it and also give it away when all they want is ALL THE STUFF!

I listened to a cracking podcast the other day called the Pineapple Project hosted by the divine Claire Hooper. The episode was called Teaching Kids About Money and it had so many great tips in it. Really worth a listen if you are keen to teach your offspring about cash.

The one tip I implemented straight away was a ‘saving’ and a ‘giving jar’.

I explained to my boys that the savings jar is for them to buy things that they would normally have to wait for birthdays or for Santa to bring eg: my son really wants a new tennis racket so he is saving up to buy that.

Hopefully having to wait a little while for the savings jar to fill up will help them learn that money isn’t endless and we need to really pick and choose what they buy with the money.

It was also a good opportunity to chat about charities and why it’s really important we give money to people who have less than us or need the support. Bax is really excited to give the ‘giving’ jar money to two of the homeless people who we see down the street.  He often asks me for money to give them, so now he is loving saving up money for them.

My nearly four year old son Arlo is away with the fairies most days so besides the thrill of hearing the coin clink as he pops it in the jar, this is way over his head, but my six year old Bax loves that we are doing this. 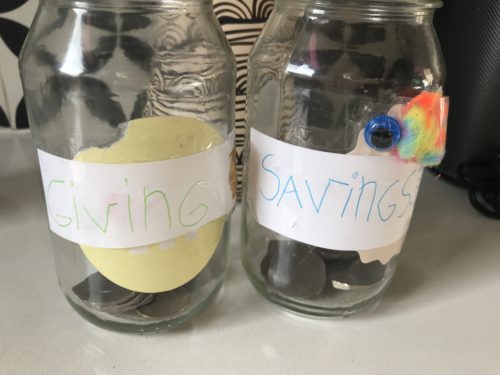 Each morning I give them two coins each and they pop them into each jar. Kids are visual learners so having the glass jars on display allows them to see the money grow.

My mum instilled in me early that having your own money and saving up for what you want is really important and I hope I can do the same for my boys.

You can watch our On The Couch chat with Claire Hooper here or have a goosey below at Claire chatting about cashhhh.