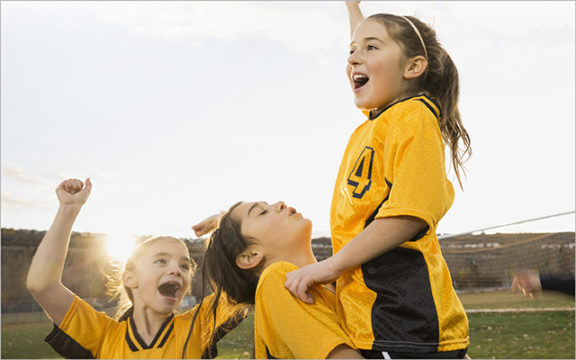 The event celebrating & encouraging women and girls in sport

In a society obsessed with showcasing only the shiniest and best parts of ourselves, recognising the not-so-sparkling stuff can be confronting – but absolutely necessary for keepin’ it real I reckon. For example, when I take a good, hard look at myself, I can be a pretty selfish human sometimes. Case in point: I avoided putting my kids into sport until this year because I didn’t want it to ‘rule our weekends.’ I know, just writing it makes me want to hang my head in shame, but it’s totally true. It’s not like they’re 17 or anything, but that’s still a pretty shitty attitude on my part.

So earlier this year, my eight-year-old daughter started Net Set Go, a netball program designed for beginners. I’ll admit that for the first few weeks, I cursed Saturday mornings big time. At her games I’d be smiling and cheering, but inside I was taking mental notes of all the stuff I could be doing in that time while she cluelessly shuffled her way around the court. 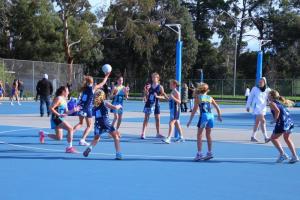 This is a Saturday morning tradition for many families.

But then something weird happened. Almost overnight, this team of beautiful kids started learning the rules. There were less ‘steps’. Fewer passes to the opposition. More goals. They started calling to each other on the court, encouraging one another and in the most beautiful kind of magic, they became a real team. As their skills developed, so did their confidence and before I knew it, Saturday mornings became a joy. Win or lose, there was no denying that each and every kid on that court was getting something seriously special every Saturday morning. We all were.

It’s no coincidence that two of the strongest women I know – successful, take-no-bullshit, solid rocks who EVERYONE seems to turn to for advice – had strong sporting backgrounds. My sister, who was the only woman in a group of five men to hit the peak of her karate school and Show+Tell’s Stacey, a world champion lacrosse player. Both of these women are pillars of strength to everyone around them, calm and level-headed in a crisis, and the kind of person that I hope my own daughter will be one day.

It’s so important for our girls to have sporting heroes to look up to and recently, it feels like chicks are kicking goals (literally) in sport more than ever. But it needs to keep growing…and this is what the Jim Stynes Foundation Grass Roots of Women’s Sport (JSF GROWS) Event on September 7 in Melbourne is aiming to do. Headed up by Sam Ludbey-Stynes, wife of AFL legend, mentor and all-round stellar human, the late Jim Stynes, the event was “developed to inspire and motivate young women ‘in’ and ‘through’ their sport via the stories of their sporting icons and role models.” And there are many. The night will celebrate the journeys and successes of Australia’s best female athletes across 11 sporting organisations such as AFLW, Netball, Basketball, Golf, Tennis and Racing. 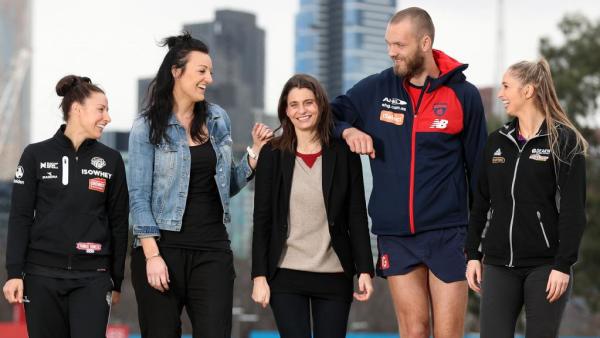 Sam Ludbey-Stynes (centre) is carrying on the work of her late husband, Jim.

GROWS is continuing Jim’s tireless work in supporting, nurturing and inspiring young people, particularly through the avenue of sport, to be the best they can be – and while this is important for all our young people, it is particularly important for our girls. From body image to mental health to friendships and stress management, getting involved in sport has advantages across the board that every young girl will benefit from.

It makes me SO happy to watch my daughter became a great little netball defender, but what makes my heart really want to burst is when I see the growth in her. The confidence, the responsibility, the discipline, the physicality, the commitment – all of it – is teaching her something that I simply cannot. She’s learning to win AND lose with her team and together, these girls are developing an understanding that on that court, they’re ALL important. Each position has a purpose, they all have to work hard and no one person deserves all the glory…and these are life lessons to live by. How bloody awesome to be able to cement these ideas into their little heads from so young. I only wish I’d started earlier.

For more information on the inaugural Jim Stynes Foundation Grass Roots of Women’s Sport Event (GROWS) in Melbourne on September 7th, you can head here.

You can book your tickets directly here.

At what age did you get your kids involved in sport?

Listen to Sophie Cachia (The Young Mummy) talk about her big regret when it came to her netball career. Subscribe to our pod here – we’ll love you forever if you do.