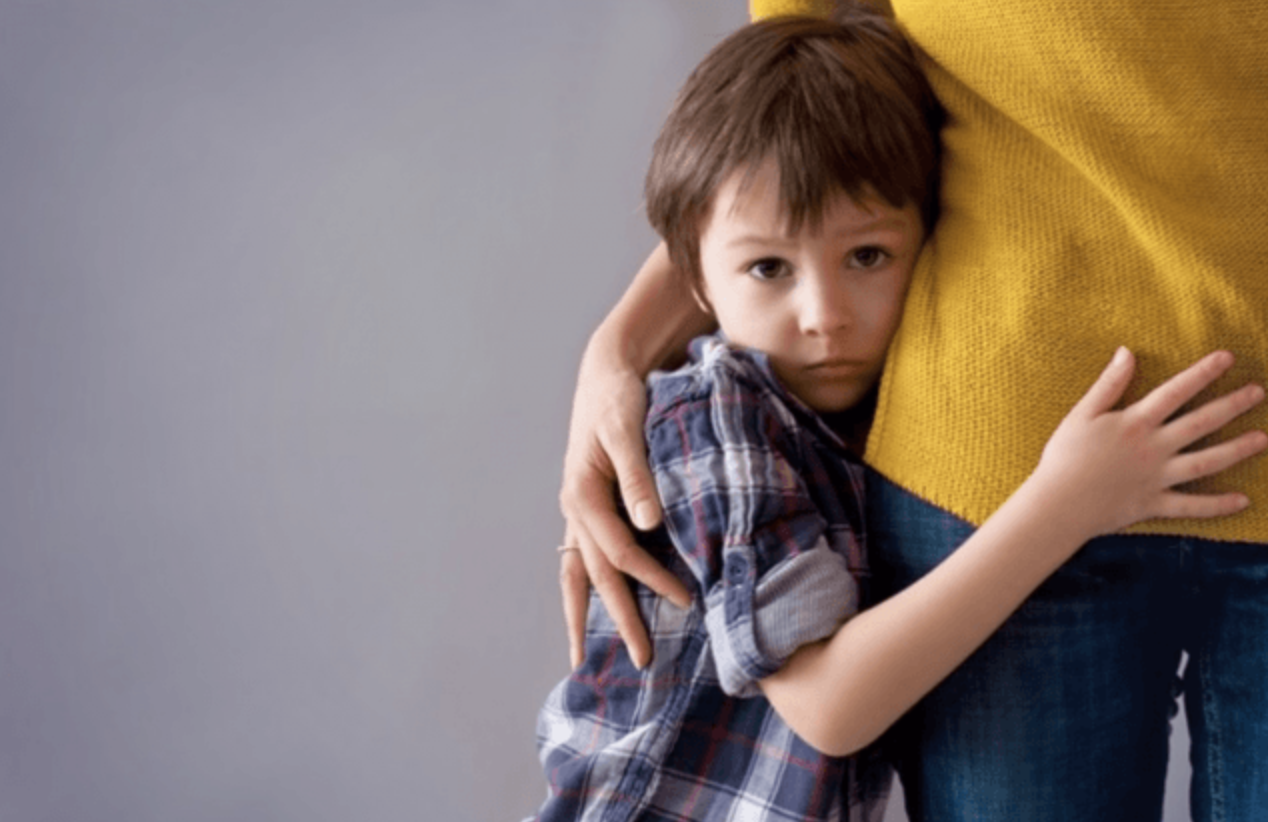 My daughter’s first day of school was a nightmare. She was so excited to put her school uniform on and sat patiently (enough) while I put her hair in pigtails. On the drive to school I could see she was a bit fidgety and the anxiety was starting to cloud the air nice and thick. I kept saying stuff like, “How exciting! You’re such a big school girl now. You’re going to love school, it’s the BEST!” but she just sat quietly, looking out the window.

As soon as we walked into her classroom filled to the brim of excited kids, parents and grandparents, I knew it was gonna be rough. Her hand immediately started to strangle mine as I sat her down and tried to get her engaged in an activity. Her eyes were so huge and filled with a fear that, in my mind, felt pretty rational for a five year old. For her whole life, I’d been banging on about how she needed to “stay near mummy” whenever we went out and “don’t talk to strangers” and now, I was dropping her off in a room filled with them. When it was time to go, she started to cry and said those four words no one wants to hear…. “Mummy, please don’t go.”  I could feel the eyes of all the other parents on me, some smiled in sympathy and others were probably thinking, “Thank God that’s not me.”

I thought I’d prepared her properly. We’d read stories about first days at school where I’d changed the character’s name over to hers and I’d talked her through the routine – and the fun – she’d have when she got there. But there just wasn’t anything that felt concrete enough for her to draw on when she was feeling sad or overwhelmed during those first early days.

Then one night while I was putting my three and a half year old son to bed, he came out with a nugget of gold that I’ve used ever since.

As I kissed him goodnight, he said, “Mama, did you know that I’ve got an invisible string that connects my heart to yours?” I sort of just sat dumbfounded for a second, because it sounded so profound coming from such a little kid. It turns out that one day at kinder he was feeling sad and missing me, so his beautiful teacher sat him down and told him that mums and kids have an invisible string that connects their hearts together all the time, even when they’re not with each other. So whenever he was feeling happy or sad, he could give the string a little tug and know that I was with him. Sweet, right?

Ever since that moment, no matter what the situation, I’ve always used the ‘invisible string’ idea when I’ve been away from my kids or if they’ve been anxious about something. My daughter is eleven now and calls major BS on it, but my son (who is now nine), still references it.

There are loads of other little tips you can try if you’ve got a little one battling with a bit of separation anxiety during childcare, kinder or school drop-offs. Here are a few that might make it easier…

Hope that helps and remember  – if you’ve got a little one who is struggling, I PROMISE you it will pass. It might take some kids longer than others, but they’ll get there eventually.

On our latest ep of the pod, Stace told us about how difficult Prep drop-off has been for her middle son, Jarvie. Here’s how it’s going…