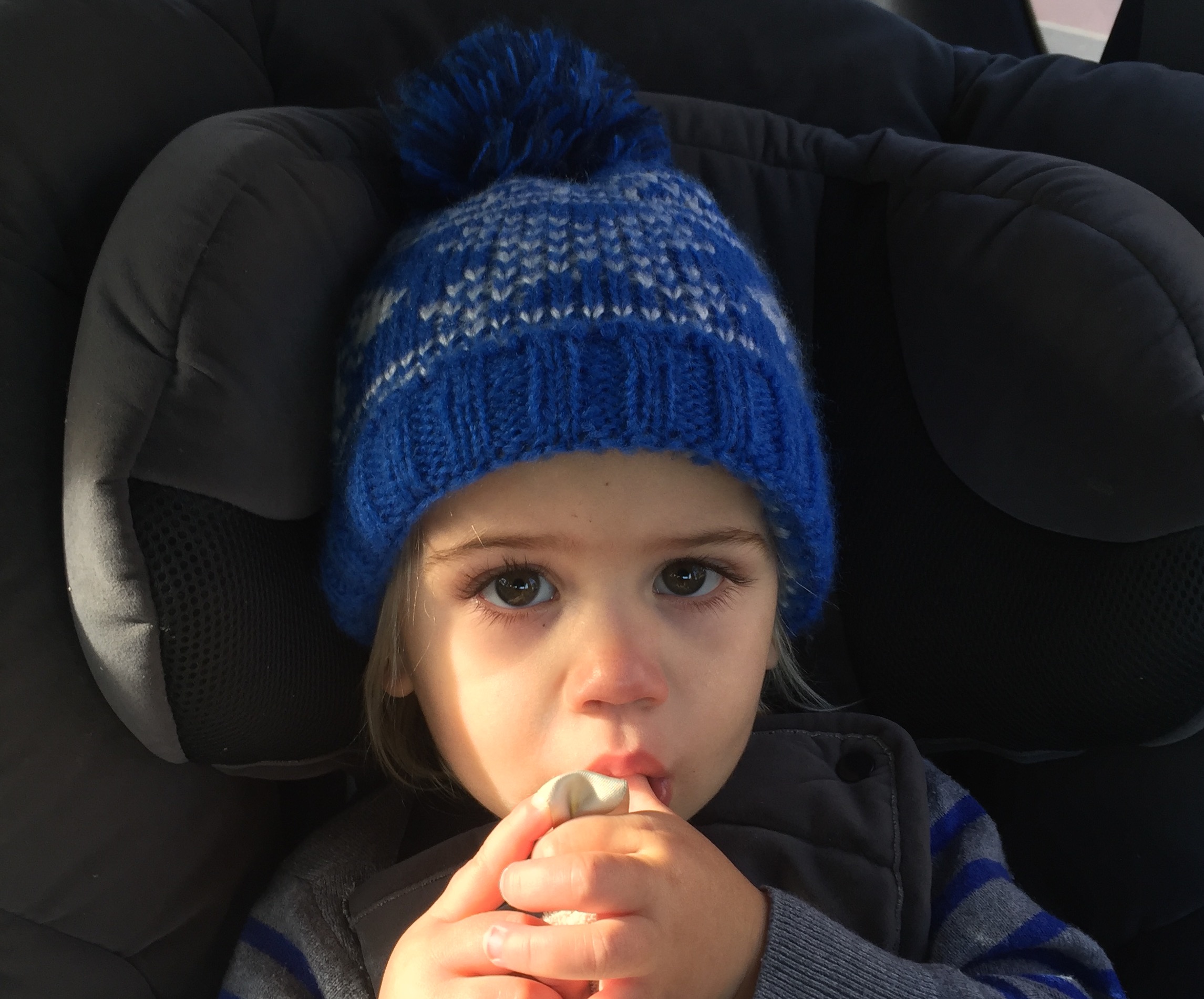 We’re always told to cherish parenthood; to savour the little things, particularly when our children are little, because one day we will miss them like crazy. We are promised that all the mundane tasks we have wished would come to an end will wind up being the ones we’ll pine for when they’re all grown up, independent, and no longer needing us in the same way.

I whole-heartedly agree, HOWEVER, there are some things that I KNOW I won’t miss.

So ladies and gentlemen, I present to you our TOP TEN list of things we are pretty sure we WON’T miss when our kids are all grown up…

1. CAR SEATS: More specifically, buckling the kids into them. I’m not quite sure how straps can turn from “TOO TIGHHHHHT!” to “TOO LOOOOOOSE!” in the same trip, but evidently they can by the whinging coming from the back seat. It also baffles me how the straps can get so bloody twisted, and getting them back in order whilst holding a screaming, bucking toddler is like trying to do a Rubix cube. One-handed. With a blindfold. 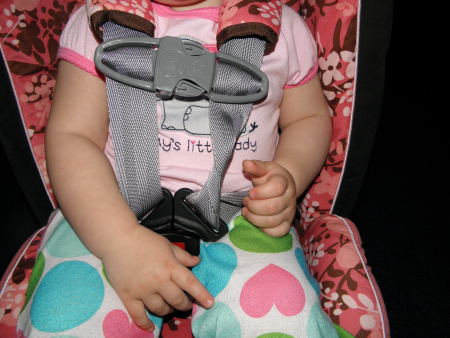 2. WIPING SHITTY BUMS: This one pretty much speaks for itself, yes? In the early days of motherhood, everything your bub does is cute, even that first sticky, tarry poo. As time goes on (and ON in some cases), the wiping of a shitty bum, no matter how small and cute it may be, becomes a bit gross, especially when you’re dealing with adult-sized turds. My son wasn’t fully toilet trained until he was about three and a half and some days it was just impossible to change that nappy without gagging. Gross.

3. CLOTHES WITH MOVIE CHARACTERS OR SUPER HEROS ON THE FRONT: Ok, so I know this is pretty shallow and selfish and VERY first-world, but the sooner my kids grow out of wanting to wear character merchandise, the better. Any item of clothing with Spider-Man or Frozen characters is like Chanel to them and the uglier, the better it seems. I’ve tried my hardest to contain them to undies and socks, but it’s all about the outer wear these days. I’m hanging on by the skin of my teeth in resisting character doona covers, but I know my goose is nearly cooked. I know, I know, I should let them be kids and relish in this kind of stuff, but I can’t wait until the day that they come to their senses and realise that there’s a whole world out there of gorgeous clothes that don’t have the words “web-slinger” or “spidey” on them. 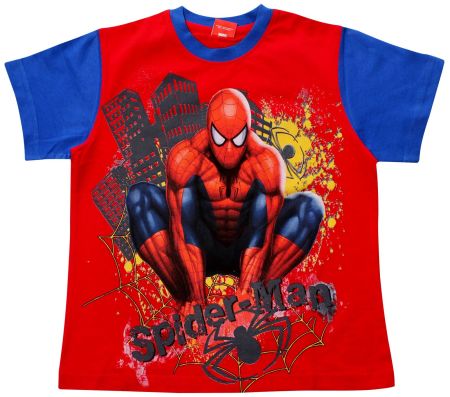 Sorry spidey, but you are very unattractive

4. TV TAKE-OVER:  I don’t think I’ll ever miss watching kids television. I actually think I’d rather sew my eyelids shut than have to watch another fucking episode of Power Rangers / Hi-5 / Teen Titans any longer than I have to. Yes, I could just go and watch TV in another room but they FOLLOW ME and take over ownership of wherever I am. I 100% will not miss kids television…except for Play School. I don’t mind that….#eddieperfect.

5. SNACK TIME: This is the moment where I should be speaking more gratefully about the fact that my kids actually want to eat fruit and veg, but the kicker is that said fruit and veg needs to be chopped up in a specific way for them. At 7 and 5, of course my kids can eat full apples and peaches, but they like to call upon my chopping skills at the exact moment I sit down to work or have a sip of coffee. The requests for “apples cut in slices,” “strawberries in half with the green off,” “cucumbers peeled in zebra stripes and cut in circles” or the worst – fruit salad – seem to come ten minutes after I’ve asked them if they want anything and they’ve said no. I blame myself for this one… I NEVER should have flirted with fancy chopping. 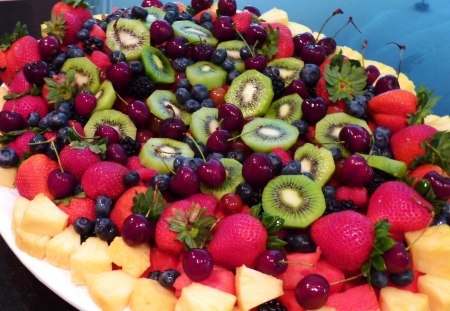 Here’s one I prepared earlier. Disclaimer – This is a blatant lie. Mine are much better.

7. KINDER CRAFTS: Look, I love a kinder painting as much as you, but I guess what constitutes your definition of ‘craft’ is open to interpretation. Paintings? Yes. Drawings? Yes. A cereal box with two scrunched up pieces of paper inside? Um, no. I will not miss the tantrums that come when they realise that ONE of their 7566 empty, undecorated cardboard grocery boxes have ‘disappeared.’ Hmmm….where could they be???

8. BATH TIME: Loved it when they were babies. Loved it. As they got older? Bathtime became more of a peace-keeping mission than anything, with arguments ranging from who was going to sit on the “plug side,” to “he’s got more bubbles” so it’s since become adios to baths and hello to showers. My daughter is old enough to take care of her own washing now, but my little boy won’t wash his butt properly unless I do it, requiring me to get half-way in the shower with him. Asking him not to splash me and stay still is like asking him to drink Kombucha. Not gonna happen.

9. ONE FAMILY, THREE MEALS: Is there really more to say on this one? There are like, two things they both like to eat and one of them is noodles in broth, which isn’t really high up on the nutrient scale. Even getting them to watch a World Vision ad to highlight the fact that some kids have NO food to eat doesn’t sway them and dinner time becomes war time as I quietly stick a fork into my thigh under the table to keep myself from throwing the world’s biggest hissy fit. One flat out refuses to try anything new and the other takes ant-sized bites and has taken to chewing with just his front teeth and then spitting everything back up on the plate. Won’t miss this either.

It appears this list has become a Top 11…I forgot the mack-daddy of them all…..

11. “PUT YOUR SHOES ON” One day, they’ll be able to do this without being asked twenty bazillion times to do so…and on that day I will sit back, smile, and know that I have hit the highest possible pinnacle of parenting success. Parenting, clocked.

At risk of sounding like a terrible mum, there are definitely things that I know I’ll miss that almost bring me to tears just to think about – but that’s for another day. Today friends, today is for complaining. Speaking of which, it’s time to cut some strawberries…..

What task do you look forward to kicking to the kerb when your kids grow up?

Constance Hall chatted to us about the often thankless job of being a stay at home mum to little kids in the podcast below. Whack on some cans and have a listen, then head here to subscribe to our pod for more incredible chats with awesome chicks.