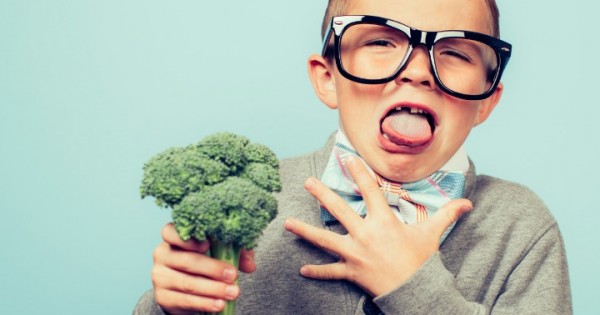 FINALLY! The trick to get your kids to eat their greens!

Imagine the furthest thing from fun. That’s my house at dinner time. Even the mere mention of the dreaded ‘d’ word sends my almost two year-old into a meltdown.

She may eat some of the meat I put on her plate and if there’s any cheese she’ll inhale that, but anything that even remotely looks like a vegetable, you can forget about it. Even if I try and conceal it in other things, she’s awake to that little trick. There’s no fooling this kid. The nightly struggle sends me absolutely bonkers.

Today I came across a trick that may just chance the nightly tantrums (mine not hers). This could be a game-changer for my household.

It turns out there is a simple way to train your little one not only to eat, but actually like, their greens. Like all good things, it will take a little hard work to start with, but it’s all worth it for the end result. You just have to lock them in a cupboard with only greens….just jokes!

The trick is to make kids eat the food they don’t like every day for 15 days straight. After this pretty much all children will eat their greens without any fuss.

The trick is to make kids eat the food they don’t like every day for 15 days straight.

As part of the BBC’s Terrific Scientific campaign, one group of schoolchildren aged 9 to 11 were asked to eat kale every day for 15 days, while another group ate raisins instead.

After the experiment, the majority of children who had eaten the green vegetable every day showed a significant improvement in their liking of it. Meanwhile, those in the raison group showed no difference in how much they liked or disliked kale.

I don’t know about you, but I am breaking out the broccoli tonight and every night for the next 15 nights and crossing my fingers BIG time!!

Do you have any tricks to get your kids to eat their greens?