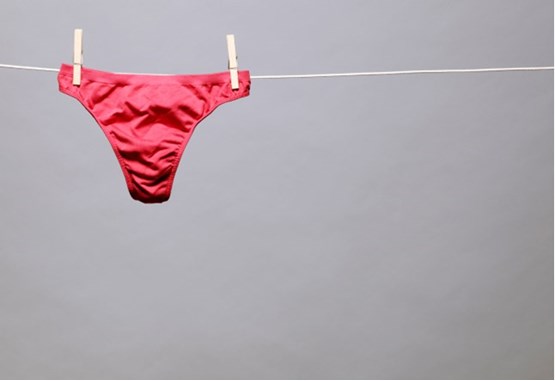 Ever wondered if your vagina changes after birth?

Vaginas. They start off so small and lovely. Then BOOM. A baby human exits them. In one day it goes from a penis holster to a baby cannon, and many women wonder after birth… did it change? I used to be the bun to his hot-dog, am I now the meat-safe to his chorizo? Is it just swinging around in there willy-nilly? So, I asked random men about women’s post-birth fannies/doodlepouches/penis fly traps. You’re welcome.

One man had taken the option of the ringside view during his wife’s delivery. It takes strength to be at the business end when this birthing shit goes down, and quite frankly he displayed similar post traumatic shock symptoms to a war veteran. He was surprised to find that when he went back into battle, “it was exactly the same as before. How is that possible?” Your wife is a superhero, cadet, that’s how.

Another fella acknowledged, “It’s a little different, not worse, just… different.” He explained that it while it was still tight, it had changed slightly in appearance (who gives a shit, they’re really not particularly ornamental at the best of times) and it felt “a bit longer” than before. The changes didn’t result in any dissatisfaction for his whistle, so I concluded he gives zero f*cks about this.

In one day it goes from a penis holster to a baby cannon, and many women wonder after birth… did it change?

One penetrator reported that his partner’s vagina “was a little looser for about a year, not that we got to do it much, but now it’s back to normal… Unless my dick just got bigger!”. Positive thinking, mate, good on you.

One man is completely chuffed with the birthing process as his partner is “tighter than before.” Wow, the world really is full of miracles.

During my caesarian when my second child came out a friggin’ giant with an outrageously bulbous head, I heard my husband and my vagina sigh synchronised breaths of relief that this rotund meatball did not make his entrance into the world via my crotchal region, because that porkchop would have left a dent or two. But, according to these fellas, she would have pretty much bounced back anyway.

So, my completely unprofessional and inappropriate research concludes that vaginas are elastic, fantastic and resilient. Quite frankly, I think vaginas deserve medals for undertaking the feat of birth and then bouncing back for continued sausage-hiding. Yes: shiny, congratulatory medals… but where would we hang them?

P.S. We women truly are goddesses.

P.P.S. This doesn’t mean you don’t have to do your pelvic floor exercises. That shit is important.

Actress Madeleine West has had SIX babies in EIGHT years. Incredible. She chatted to Monty on Show+Tell Radio all about life as a busy, working mama. Listen below, then subscribe to our podcast here so you never miss an ep.

Show+Tell Radio airs nationally on Saturday mornings from 9-10am on the KISS Network and is proudly brought to you by the awesome peeps at AAMI.