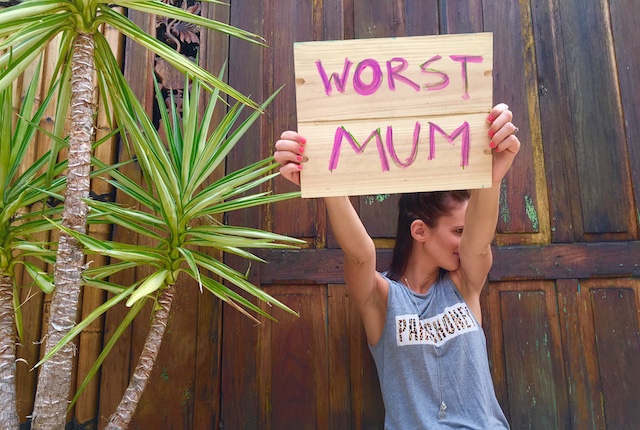 What is the worst thing you have ever found in your baby’s mouth?

I think I may win first prize for the 2017 Worst Mum of the Year. Until now, Honey Boo Boo‘s mum has been top of the list — so I feel extra terrible for stealing her crown. Because I’m an over-sharer (and because I feel incredibly bad), I want to share my horrendous tale with you…

As many of us know, child number two can fend for his or herself from around two months. So naturally, I was allowing my thirteen-month-old to play in the kitchen with Tupperware and a wooden spoon. Living the dream! I walked into the study to do something work-related, but after a couple of minutes, everything had gone very quiet. Before you judge me too much, he was literally in the next room.

As the silence began to bellow in my ears, I figured I should probably close my computer and walk back into the kitchen to make sure my little guy was still happy flipping his plastic yellow bowl up and down. Instead, I walked into SHOCK and HORROR!

The worst thing imaginable in his mouth… a four-day-old, opened BAKED BEANS CAN!!! A CAN! A sharp, opened can that could slice his tongue off. 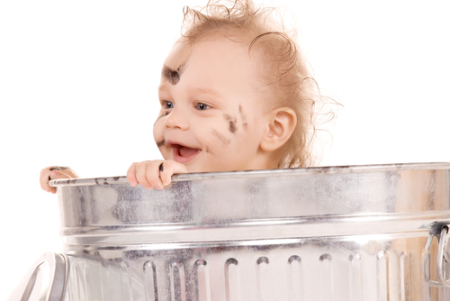 I can deal with off baked beans. But the edge of an opened can in my baby’s hands and mouth, I simply cannot! Thank fu*k, he was saved by a plastic fruit container that had wedged itself into the can. Nothing like the taste of fermented fruit salad and beans. I couldn’t believe he hadn’t cut himself; I was gobsmacked. He’d gotten into the recycling bin and found the old can, which hadn’t been washed out (this is me subtly telling my husband that he forgot to wash it).

I felt so bad — I felt sick. My little boy could’ve really hurt himself. Of course, that night I lay in bed thinking about all the “what-ifs?”. Beating myself up and imagining him with cuts all over his tiny, chubby fingers and delicious lips, with a half-severed tongue. And so, I hang my head in shame and announce that I, Hayley Pearson, deserve the crown for Worst Mum of the Year. Lesson learned: don’t take your eyes off your baby. Ever. AND make sure your cans are in the outside bin.

What’s the worst thing you’ve found in your child’s mouth?