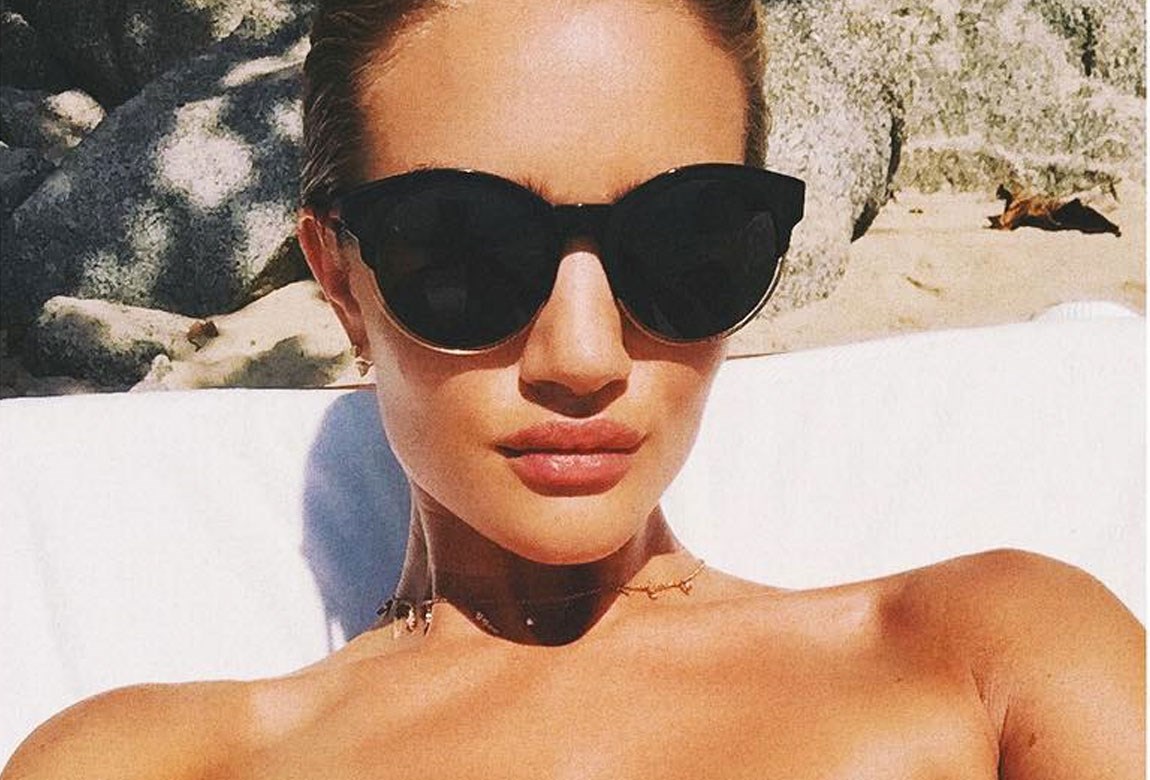 Fake tan isn’t for everyone, but there’s no doubt that us girls here at Show + Tell are big time lovers of a faux golden glow. Each of us has our go-to, but we’d all happily admit that we’ve flirted, and fallen, for different brands at different times. Personally, I’m ALWAYS on the look out for the latest and greatest and will happily jump into the arms of a new love in a heartbeat if it promises me a ‘I’ve just returned from two weeks in Barbados’ hue to my pasty skin.

Just the other day I was scrolling through Insta and saw former Cosmo Australia editor, Bronwyn McCahon, posted about a product that my eyes had never see before – which is rare because around 98% of my Priceline time is spent in the self-tan section. The product is called Le Tan Liquid Sun Tanning Drops and Bron reckons they’re a hit. So, I did what any self-respecting fake tan junkie would do on the promise of becoming, as Bron wrote, “Hawaii-like in 2-3 hours” and hauled my arse down to Priceline. And I’m in LOVE. 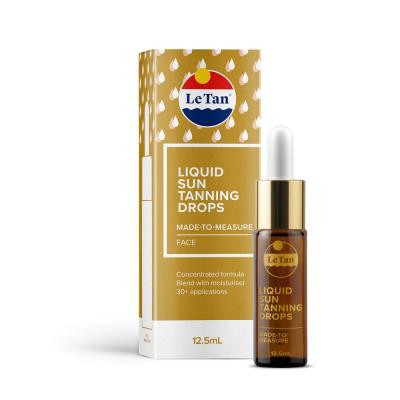 Sun-kissed glow in a bottle!

What sets these little drop of sunshine apart from your standard fake tan is that they’re designed specifically for the face to be used in conjunction with your own skincare. And where’s the place you lose your fake tan first? Yep, it’s your face (and hands) because they’re the parts that get the most cleansing and soapy love, breaking down the tan quicker than your other bits. Facial tanners (especially cheaper brands) are notorious for being either too weak or having a formulation that can make your skin do weird stuff like break out, so this is the best idea since

You can customise how deep, or discreet, you want your colour by how many drops you add into your moisturiser. Unlike many facial tanners, you can get a real good colour base going with this one and just keep adding as often as you like. While the drops-to-moisturiser ratio will be different for everyone, I’ve found that about six drops added to my fave moisturiser of the moment (Rodial Dragon’s Blood Hylauronic Moisturiser) is just enough around every third day or so to keep my face matching my bod. An added bonus is that it’s not as stinky as regular fake tan, which is a bonus for a product that sits so close to your nostrils. I like to apply it at night and wake up all J-Lo like in the morning.

Clarins also make a similarly great product that you can get at Mecca for $40 called Radiance Plus Golden Glow Booster, but for $19.99 at Priceline, you really can’t go past Le Tan’s version. Cheap and SO BLOODY GOOD! Thanks Bron.

We had Bron On the Couch a little while back and she chatted everything from Cosmo to miscarriage, pelvic floors and the night she met Beyonce. If you haven’t got time to watch the vids, whack on some headphones and listen in pod form below. Don’t forget to head here and subscribe to our podcast so you never miss an ep.