Karen and Todd had made a commitment to have sex once a week and at 10.35pm on Sunday night, they hadn’t yet filled their quota. As Todd slid into bed next to his wife, they both knew that the time to act was now, but they were just so knackered from the hectic week they’d had.  Karen really couldn’t be bothered, so as she pulled down her flannelette pyjama pants (and the bed socks she’d had them tucked into) she whispered, “Let’s just make it a quickie.”  It was definitely going to be a tops-on, bottoms-off kinda night. 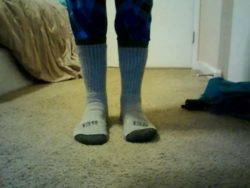 After a few caresses in all the right places, Karen felt the fire in her body ignite. By the time Todd climbed aboard, they were both well and truly in the moment. Karen, by nature, was more of an ‘internal orgasm-er’ – she panted a bit but wasn’t the type to yell out during climax; Todd, on the other hand, sounded like he was giving birth to a rhino out of his arsehole when he came. And tonight was no exception. As Karen held her breath and let out a whimper of ecstasy, she slapped Todd’s arm and whisper-screamed “Sssshhhhhhhhh!” into his face as he followed up with his orgasm-roar seconds later. In the flurry of it all, they didn’t hear the creak of the floorboards next to the bed.

“Hey. Hey, mate,” Todd said casually, which was awkward because he was literally still INSIDE Karen. Todd had leant down on one elbow to look nonchalant, but his breath was still ragged and he was sweating like he’d just done a Zumba class in a sauna.  “What are you guys doing?” Trent asked in confusion. Karen and Todd looked at each other, desperately searching each other’s eyes for a plausible answer. 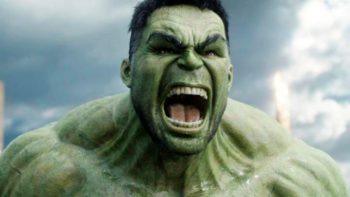 “Ah, um, we’re, um…. we’re playing Avengers!” Todd said. “Yeah, Mummy is a poor lady stuck under a building and I’m the Hulk coming to rescue her. See?” Todd roared as he pretended to fling debris off Karen’s body. “That sounds like FUN!” squealed Trent, “can I come and play too?” As he tried to scramble onto the bed to get in between them, they both screamed “Noooooo!!” giving poor Trent the fright of his life and forcing him to take a step backwards and do that little lower lip tremble. “How ’bout this?” Todd said, “How ’bout you go back to your room and I’ll give you ten seconds to hide somewhere – then I’ll come in and we can play Hulk for a little bit?”

“Yayyyyyy!” Trent squealed as he ran into his bedroom, and Todd and Karen both exhaled. “It’s YOUR fault!” she whisper-screamed at him again – “I told you you’re too loud when you come and now look! We’ve ruined him! How long do you think he was standing there?!?” As Todd rolled his eyes, and his body, off Karen he tried to console her as best he could. “He’s fine, love. He doesn’t even understand what he saw… he’s only six.” But Karen wasn’t convinced. She spent the next two hours on her phone Googling stuff like, “Best Child Psychologist in the Western Suburbs” and “How to ensure your kid doesn’t become a porn kingpin,” and made a note in her phone to get a lock put on their bedroom door – one strong enough that even Hulk couldn’t punch through.

Have you heard of ‘Sex Box?’ We talked about it on our latest ep of Show + Telling. You can listen in below, then come subscribe to our podcast here so you get every ep delivered straight to you.