Her daughter’s $548 shoes were damaged on a playdate…then she did THIS!

I have a toddler who goes through more outfits in a day than I can count.  Some days I plan an outfit around something we have on and by 7am it’s in the washing machine or soaking in a bucket somewhere. There is also at least one or two things a week that need to get tossed in the bin because no matter how much I try and revive something there is ink that won’t come out or spaghetti sauce that will not budge (and of course,they love spaghetti more than anything else don’t they?). 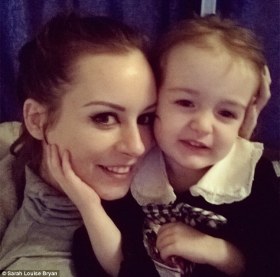 So when I hear about what another mum requested of the parents who were looking after her little one, Isabella, on a playdate, it’s fair to say was I little shocked.

Sarah Louise Bryan from the UK has invoiced the parents of her daughter’s friend because her three year-old’s $548 shoes were damaged on a playdate. They were Italian designer shoes if that makes it any easier to understand the outrage?! Nah, didn’t think so.

The shoes in question were not only scuffed but had been drawn on in permanent marker.

This is the email Sarah sent to the other mother:

So Isabella has just come home from her playdate with your child and I am disgusted to see her new Italian leather shoes are all scuffed and have a Sharpie mark on them.

Below is the bill for these replacing because they can not be fixed these are fine Italian leather! As a designer I do not want my child to look anything less than pristine.

Sarah is a fashion designer and model and her hopes for her daughter are that she will follow in her own footsteps. She regularly posts pictures of Isabella on Instagram in designer get-up.

Surely, parents don’t actually expect that they can ask for the money back of damages clothing and shoes on play dates? I mean, it’s not like the other mum has taken to the shoe with permanent marker herself! So how is it her fault?

Or, am I the one who is missing this playdate etiquette – is this a thing that happens? Is it completely reasonable to ask to be compensated for damaged shoes or clothes on your child’s play date? Surely not! What do YOU think?