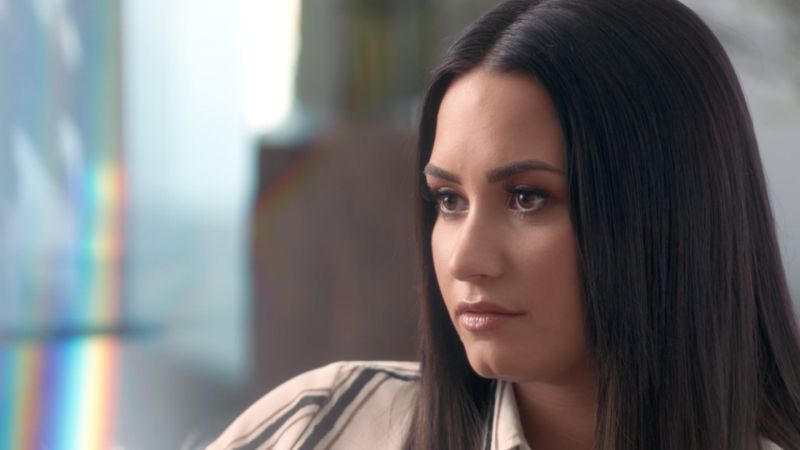 There is still so much stigma and misunderstanding around mental illness. Even as adults we struggle to identity and talk about our metal health issues without feeling inadequate and exposed. There have been times in my life where I have struggled to reach out for help, afraid that I will appear weak and less of a person. If we struggle as adults it is such a frightening thing to imagine how our kids would deal with the trauma of feeling caught in their own minds.

At only 25-years-old, pop star Demi Lovato has been through more than most of us could imagine. For many years she has been open with her struggles with bipolar disorder, suicidal thoughts and substance abuse. She recently spoke to Dr Phil and heartbreakingly revealed that the first time she considered suicide was at the age of seven. At age twelve after being bullied for her weight she developed an eating disorder and also turned to alcohol, drugs and self harm in the form of cutting.

“I was drinking vodka out of a Sprite bottle at nine in the morning, throwing up in the car, and I just remember thinking, ‘This is no longer cute. This is no longer fun. And I’m just like my dad. So I took a look at my life and I said, ‘Something has to change, I’ve got to get sober.’ So I did.” She underwent treatment and has now been sober for over six years.

When Dr Phil asked Demi what the message she would give kids who were feeling suicidal was, she said; “If I could tell anybody that’s thinking about taking their own life, is to reach out to people, don’t hold it inside, don’t isolate. Reach out to people, whether it’s close friends, family. If you feel like you don’t have anybody, look within yourself and try to find that resilience that will ultimately get you through whatever it is you’re going through. Every single person on this planet is worth life.” For more of Demi’s incredible message watch below:

It’s absolutely heartbreaking to think what someone so young has been through. The thought of my kids feeling like this breaks my heart, but if they did I would absolutely want them to reach out; even if not to me, but someone else they can trust. I love that Demi is using her platform as a singer to  reach out to vulnerable kids in anyway she can. She is an incredible example of the kind of celebrity that I want my kids to look up. Demi in my books you are an absolute star.

Em Rusciano joined Monty On The Couch and bravely talked about her battle with depression. Listen in below then head to our podcast channel and subscribe here.