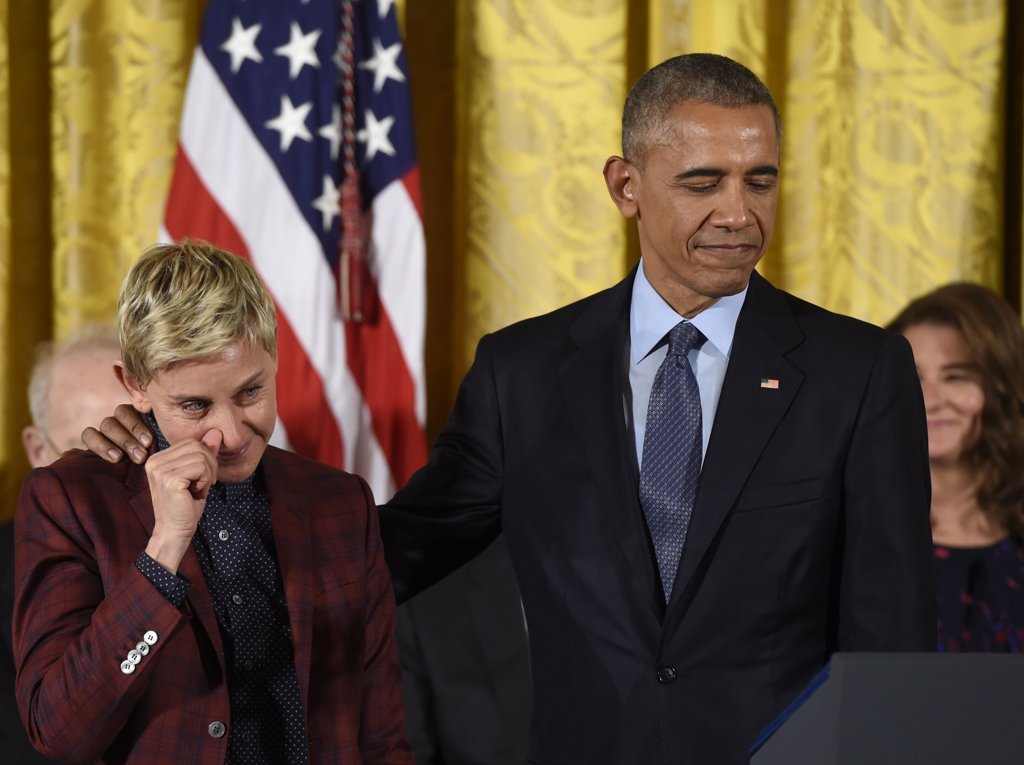 Obama honours one of our favourite ladies

Watching Ellen DeGeneres receive the Presidential Medal of Freedom yesterday, I bawled my eyes out. The emotion of the moment was written all over her face as she listened to President Barack Obama praise her courage in coming out on national TV almost 20 years ago.

I remember watching the groundbreaking episode of her sitcom Ellen when her character came out. Ellen herself came out on the Oprah Winfrey Show shortly beforehand. As a straight 20-year-old I had no idea of what Ellen was putting on the line, how her career would be affected, the jokes made at her expense and the absolute bravery and sacrifice it would have taken.

I do however, remember watching my aunty who is gay overwhelmed with awe and amazement that she was witnessing this moment on mainstream TV. That someone so high up in the public eye was coming out, no matter what the cost, meant so much to her. I did not know then the battles my aunty had fought for acceptance and the discrimination she had suffered. Including workplaces that had tried to fire her for being gay.

There is still a long way to go, (ahem marriage equality Australia) but if my children were gay they would have many people in the public eye to look up to. As President Obama said as he also teared up; “It’s easy to forget now, when we’ve come so far, now that marriage is equal under the law just how much courage was required for Ellen to come out on the most public of stages almost 20 years ago. Just how important it was.” 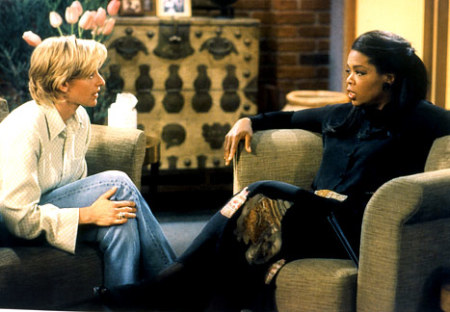 Ellen comes out on the Oprah Winfrey show

“I was the punch line of lots of jokes,” Ellen told Out Magazine. “I laughed at some, but I realized there’s somebody on the other side of them. It’s cruel. I’ve never liked mean comedy, but that became even more important to me after I was the brunt of it.” Her show was cancelled a year later.

You can see it on Ellen’s face as she accepts the medal, if she could have known then that she would be standing on the stage accepting the highest medal a cilivian can be awarded for having the courage to come out on national TV, instead of the fear she must of felt at the time. That’s the thing about brave people though, they feel the fear and do it anyway. You’re incredible Ellen DeGeneres.