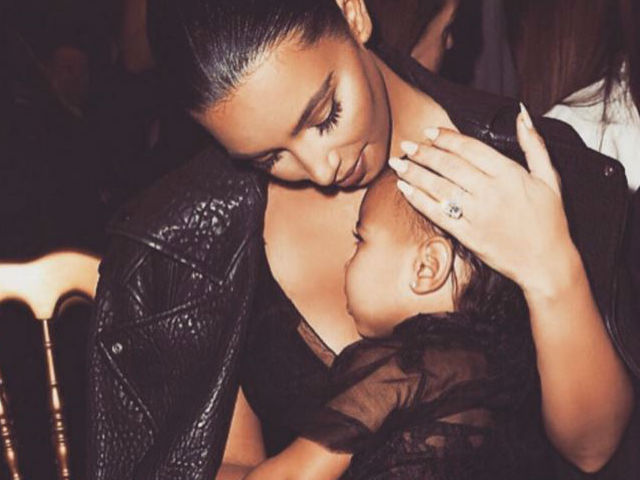 A parenting tip we got off Kimmy K

In a world of emails and texts there is something so incredibly beautiful and powerful about a handwritten letter. My mum died when I was 21-years-old and 18 years after her death I carry a piece of her handwriting in my purse and take it everywhere I go. Every now and then I pull it out and smile because it reminds me of every note in my school lunch box and every birthday card. The curl of the letters belongs to her only.

On what would have been her late father’s 73rd birthday, Kim Kardashian shared that her father wrote her a 3-page letter after high school that years after his death she still pulls out to read. There is no way that Robert Kardashian could have known at the time he sat down to write that letter what it would mean to his daughter all these years later, or that it would inspire her to do the same for her own children. Kim now writes a letter to her own children every year that she plans to share with them on their 21st birthdays. What a special idea to do for her kids.

Life always seems so busy and sitting down to put pen to paper doesn’t always fit into our schedules, but it’s so easy to forgot the small things that happen. What an amazing gift this will be for North and Saint to get from their mum… a lifetime of handwritten memories that might otherwise have been forgotten.

When I fell pregnant at 32-years-old I had lived a long time without my mum in my life. As sad as it was to not have her there to share in the birth of my baby girl, I also felt like an entire history of her memories had gone with her. I didn’t know how she felt when she fell pregnant, or if she had been devastated when she couldn’t breastfeed. I didn’t know if she also suffered the morning sickness that was killing me (not literally but it felt like it) on a daily basis. I gathered vague memories from my dad and family but it wasn’t the same as hearing it from her.

So I sat down and started a journal. A journal that my daughter could have, and always know how I honestly felt about pregnancy should I not be here one day to tell her myself. As I noted down the day-to-day stuff the journal evolved into a series of letters to my daughter. One day she will read this journal and between the pregnancy notes, she will realise that at that time she was healing me from my mother’s death like nothing had before. That through the trials and tribulations of pregnancy, she truly was the greatest gift I had ever been given.

So I kept going, I wrote about her birth, her first steps, the things she loved and the things she didn’t love. When her baby sister arrived I started a journal for her as well. Sometimes I read back over them myself and there are already so many things I have forgotten. I know that one day my girls will treasure these journals as an account of their lives growing up but also be able read in their mother’s own handwriting of just how much she loved them.

Maybe I’ll do a Kimmy K and hand the journal letters over to them for their 21st birthdays. I bet Kim’s dad would absolutely LOVE that the time he took to sit down and write her that letter is still treasured so much to this day.

Recently we chatted to  blogger Beth Macdonald from BabyMac on how she keeps journals from her childhood: